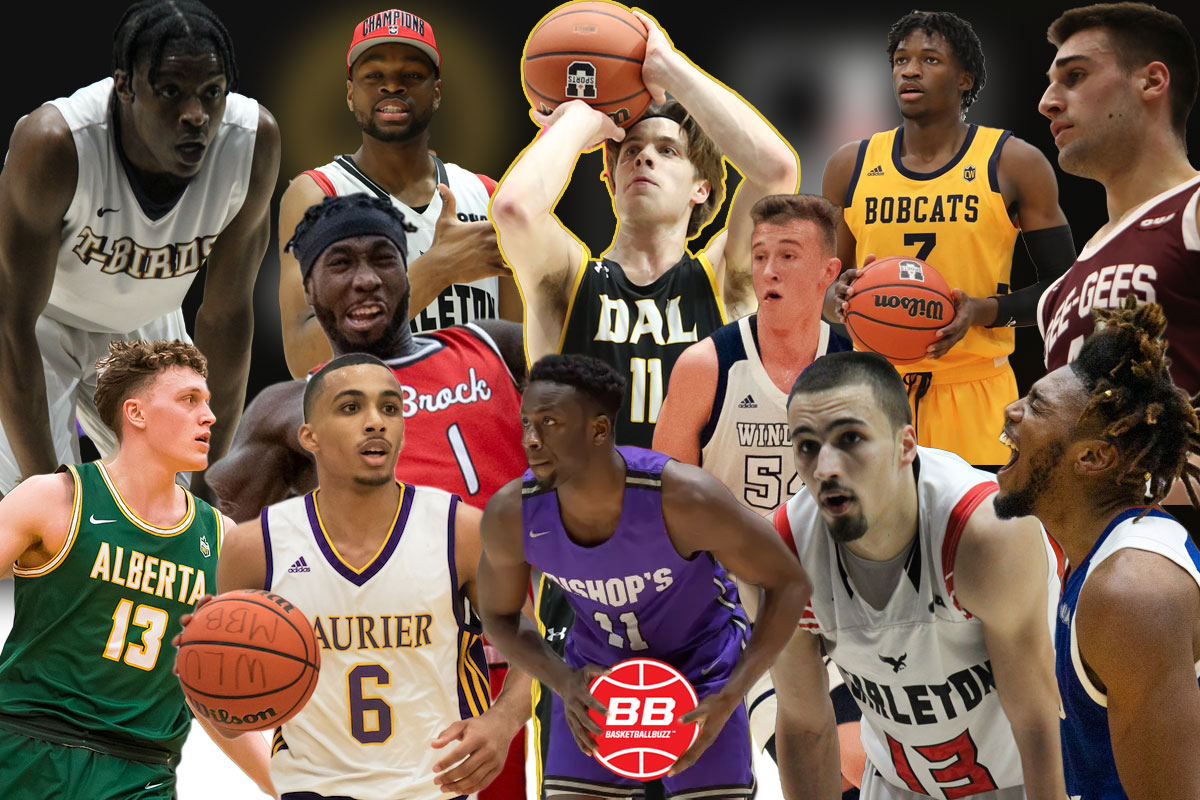 The Canadian Elite Basketball League (CEBL) has released the names of the 21 student-athletes selected in the 2021 CEBL U SPORTS Draft.

Combining athletics with a unique, one of a kind professional opportunity, the CEBL and U Sports partnership provides a direct pathway for Canada’s top men’s U Sports basketball players to develop and improve their game on home soil, against talent that includes former NBA, G-League and top players across Europe.

The leagues’ seven teams selected 21 players during the three-round draft. The Saskatchewan Rattlers were awarded the top pick based on their last place (1- 5) finish in the 2020 CEBL Summer Series and defending champions Edmonton Stingers selecting last in the first round. At the completion of each round, the teams flipped the selection order guaranteeing, all three teams a total of three picks.

Breaking down the overall numbers, the Carleton Ravens continue to demonstrate their ability to develop pro basketball players with a total of three players representing the Canadian university basketball powerhouse.

Other schools with multiple selections include the Dalhousie Tigers, McMaster Marauders and the Saskatchewan Huskies. Guard heavy, a total of fifteen (15) guards were selected compared to just six (6) post players.

Below is the complete list of all the players selected in the 2021 CEBL U SPORTS Draft including all stats for the 2019-20 season.

The Saskatchewan Rattlers scooped-up Bishop’s Gaiters six-foot-two junior guard Nervens Demosthene from Terrebonne, Quebec. The 2017-18 RESQ rookie of the year has elevate his game in each of his three seasons to quickly become one the best players in the country. Demosthene averaged 17.2 points, 6 rebounds, 4 assists in 34 games for the Gaiters who advanced to the 2020 U Sports National championships.

The Niagara River Lions opted for continuity with their first pick of the draft, selecting 2020 CEBL USPORTS first overall selection Emmanuel Owootoah. A dynamic five-foot-eleven guard, Owootoah started his career playing NCAA basketball with Fresno State but decided to transfer back home, playing with the Carleton Ravens and the Brock Badgers at the U Sports level. The Toronto native and former Martingrove Collegiate standout holds averages of 8.1 points, 2 rebounds, 3 assists in 60 U Sports career games.

For years now the Carleton Ravens have been churning out professional Canadian basketball talent, next in line is Isiah Osborne. A versatile six-foot-five junior guard from Windsor, he racked-up the most valuable player award of the 2019-20 Final 8 championship. Osborne is ready for the pro game and has the ability to contribute in multiple facets of the game. A former 2015-16 U Sports rookie of the year with the Windsor Lancers, he controversially took his game to the NCAA level, with a stint with the UTEP Miners before announcing his commitment to the Ravens in 2018.

The Ottawa Blackjacks have completely retooled their entire organization bringing in new faces from the executive suite right down to the coaching staff. One the most notably changes has been the inclusion of personnel directly associated to the Ottawa Gee-Gees basketball program. The addition of James Derouin, the head coach of the Gee-Gees opens-up a whole other recruiting pipeline for the Blackjacks.

One the players that was original expected to shine for the Gee-Gees was Ali Sow, heavily recruited by Derouin and his coaching staff, the former local Merivale high school stud opted to take his game to the Wilfrid Laurier Golden Hawks. In three-years with the Golden Hawks, Sow has become one of the most lethal scores at the Canadian university level, torching teams with averages of 25 points, 4.8 rebounds and 3 assists in 27 games during the 2019-20 season.

With the fifth pick of the draft the Hamilton Honey Badgers selected Dalhousie’s Keevan Veinot, one of the best playmakers in Canada. A rising six-foot-four guard from Port Williams, Nova Scotia, Veinot earned first-team All-Canadian during the 2019-2020 year. Sophomore led the Tigers a 32-1 record and second place finish at the Final 8 Tournament in Ottawa. Veinot filled the statsheet with 15.6 points, 5.5 rebounds and 5.8 rebounds per game.

The secret is out, Anthony Tsegakele is one of the best hidden gems playing U Sports basketball. Completely under recruited out of Thedford Academy, the same Prep school that has developed Chris Boucher and Syracuse’s Quincy Guerrier.

The Fraser Valley Bandits selected Brandon Bobcats rising sophomore Anthony Tsegakele. The six-foot-six forward from Gatineau, Quebec won the 2019-2020 Canada West rookie of the year award while averaging an eye-opening 16.9 points, 11.4 rebounds double-double. Tsegakele knocked down 49.5% percent of his field-goal attempts and has three-point range, burying 14-of-29 (48.3%) from downtown. Tsegakele is a great rebounder who push the ball down defences throats and has the ability to finish through contact.

The last pick of the first round belonged to the Edmonton Stingers. The defending champs elected to take the second player from Dalhousie University, selecting Alex Carson from Lower Sackville Nova Scotia. Arguably, the best and most efficient shooter selected in the draft, Carson averaged 15.5 points, 3.2 rebounds in 31 games for Dalhousie during the 2019-20 season — knocking 45.1% percent of his field goals attempts, 39.6% percent on three-pointers and 90.6% percent of from the foul-line.

The Hamilton Honey Badgers used their second-round pick to add some much-needed size, selecting Thomas Kennedy a six-foot-nine forward from Windsor Lancers. The highly productive sophomore racked-up 17.7 points, 11 rebounds double-double during the 2019-20 season. A do it all forward, Kennedy’s game has “pro” written all-over, the Honey Badgers also selected Kennedy in the inaugural 2019 CEBL USPORTS Draft.

Henry has continued to flourish since joining the Marauders, earning a spot in the U Sports All-Rookie in his first year. In his second season, Henry took his game to another gear and averaged 21.5 points, 5 rebounds, 5 assists. His 46 point outburst against the Ryerson Rams ranks amongst the best scoring performances in Ontario University basketball history.

The Niagara River Lions have had their share of Carleton Ravens players finding success in the likes of Guillaume Payen Boucard, Connor Wood and various others. Continuing the tradition, the River Lions selected Lloyd Pandi the 2019-20 U Sports Rookie of the Year. Filling in for Philip Scrubb, the six-foot-four guard got his first professional basketball action last year when he was a late inclusion to the 2020 CEBL Summer Series for the expansion Ottawa Blackjacks.

The Ottawa native from Ashbury College averaged 14.6 points, 6.0 rebounds, 1.5 assists and 1.5 steals in just 23 minutes per game. Pandi tops all the drafted players in field-goal efficiency, burying 68.4% percent of his 8.9 attempts per game, including a wild 69.4% on effective field-goal percentage, an advanced stat emphasis three-point shooting.