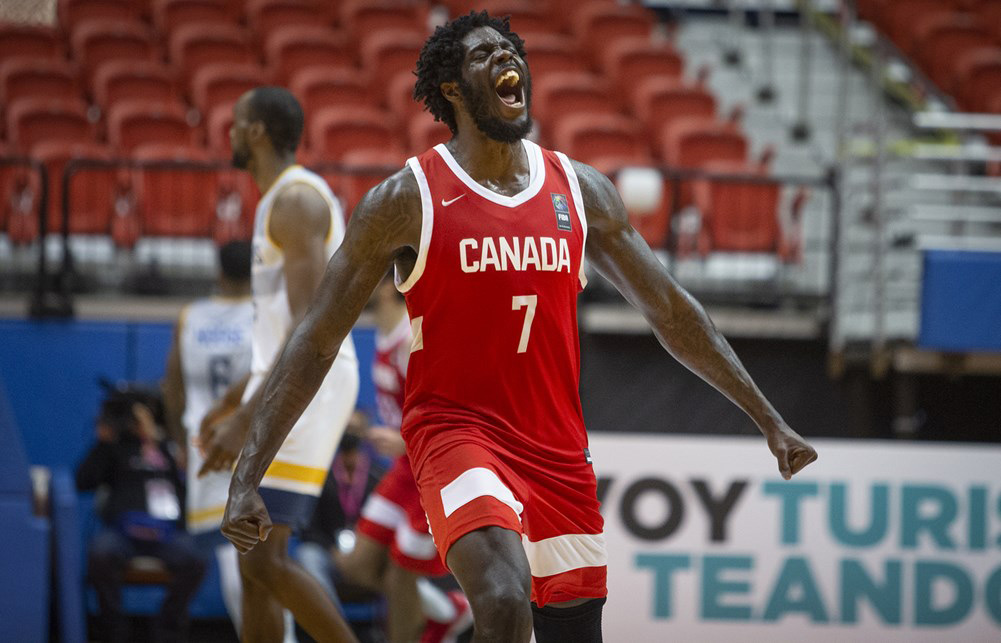 Playing in their first game in nearly 365 days, Canada’s Senior Men’s National Team (SMNT) opened-up the third and final window of the FIBA AmeriCup 2022 Qualifiers with a much-needed 95-93 buzzer-beating win over a tough, scrappy and well-coached US Virgin Islands at the Coliseo Roberto Clemente in San Juan, Puerto Rico.

Six-foot-nine forward Kyle Landry (Calgary, Alberta) step-up big on both ends — taking a charge on the defense to give Canada the last possession of the game, in return, the veteran Northern Arizona product was rewarded with the game winning basket.

Following a timeout by associate head coach Gordie Herbert, Team Canada attempted to run a pick and roll/slip action, however strong defence by the Virgin Islands disrupted the designed in-huddle instructions, forcing Canada into a broken play. With the clock ticking away Anthony Bennett (Toronto, Ont.) found the 34-year-old Landry wide-open under the Virgin Islands basket to bank-in an easy lay-up to give Canada the go ahead basket to seal the victory.

Aaron Best (Scarborough, Ont.) led three Canadian players in double-figures with a team-high 28 points on 9-of-15 field-goals, including 5-of-10 three-pointers in 25 minutes. Anthony Bennett finished with 17 points, 8 rebounds, 3 blocked shots and the game winning assist.

Playing in his first game with the national team since the 2016 Olympic qualifying tournament in the Philippines the former number pick of the 2013 NBA Draft looked solid and was instrumental in the Canadian victory.

Two-time U Sports basketball player of the year Kadre Gray (Toronto, Ont.) came off the bench and contributed with 11 points on 9-of-9 free-throws. Canada’s starting back-court played well in stretches with Kaza Kajami-Keane (Ajax, Ont.) flirting with a triple-double with 9 points, 9 assists and 6 rebounds. Philip Scrubb (Richmond, BC) also added 9 points, 6 assists and 4 rebounds despite shooting only 3-of-13 for the game. The former Carleton Ravens players combined for 15 of Canada’s 26 assists.

Canada got off to a positive start and looked in control early in the contest — a three-pointer by Conor Morgan opened-up a 28-20 edge at the end of the first-quarter. Walter Hodges and the Virgin Islands quickly regrouped and opened the second-quarter on a 6-0 run to cut into the deficit at 28-26 and keep the game within single digits the rest of the way.

Team Canada led 47-46 at half-time despite committing eight (8) first-half turnovers and found themselves behind on the scoreboard, trailing 60-59 with 3:42 remaining in the third-quarter. Sparked by the hot shooting of former Ryerson Rams’ guard Aaron Best, the Canadians outscored the Virgin Islands 15-9 to take 74-69 advantage as the third-quarter whistle sounded.

Best torched the Virgin Islands with 15 points in the quarter, including back-to-back right corner triples.

Team Canada struggled with foul-trouble with three front-court players fouling out, leading to a parade of US Virgin Island foul-shots down the stretch after Canada led 86-78 with 4:44 to play in the fourth-quarter.

Thomas Scrubb (Richmond, BC) added 7 points and 5 rebounds but was limited to just 20 minutes after struggling with foul-trouble. Owen Klassen (Kingston, ON) also fouled out with 7 points and 8 rebounds and MiKyle McIntosh (Pickering, ON) was held in check with 2 points, 5 rebounds and 5 fouls.

Walter Hodge paced the Virgin Islands with 28 points, 7 assists and 5 rebounds. The Canadians struggled to contain six-foot-nine forward Laron Smith who finished with 15 points, 8 rebounds and was largely responsible for the Caribbean nation’s 44 points in the paint.

The victory improves Canada’s Group C record to 2-1 after three-games. The US Virgin Islands falls to 1-3. Both teams will square-off again Saturday, February 20th at 1:00 PM in the rematch. The Canadians were scheduled to play four games in five nights, two against the Virgin Islands and two against Cuba.

Unfortunately, due to the ongoing global pandemic Team Cuba weren’t granted the necessary travel visas to enter San Juan, Puerto Rico. Both games between Cuba and Canada have been postponed and will be played at a different date.

The top three teams from each Group will qualify for the FIBA AmeriCup 2022. 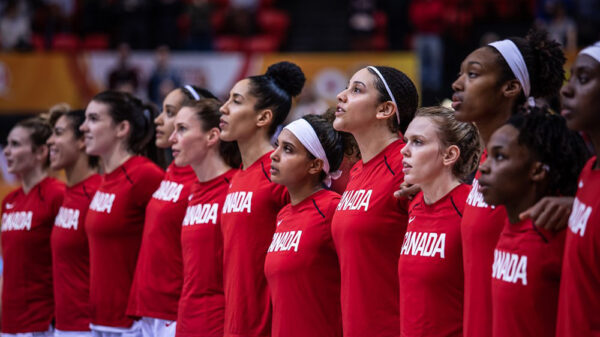 Fourth-ranked Canadian women's basketball team draws tough Group A. Will play against Serbia, Korea and Spain at the 2020 Women's Olympic Basketball Tournament in...

Ben ForrestJune 13, 2020
Do NOT follow this link or you will be banned from the site!