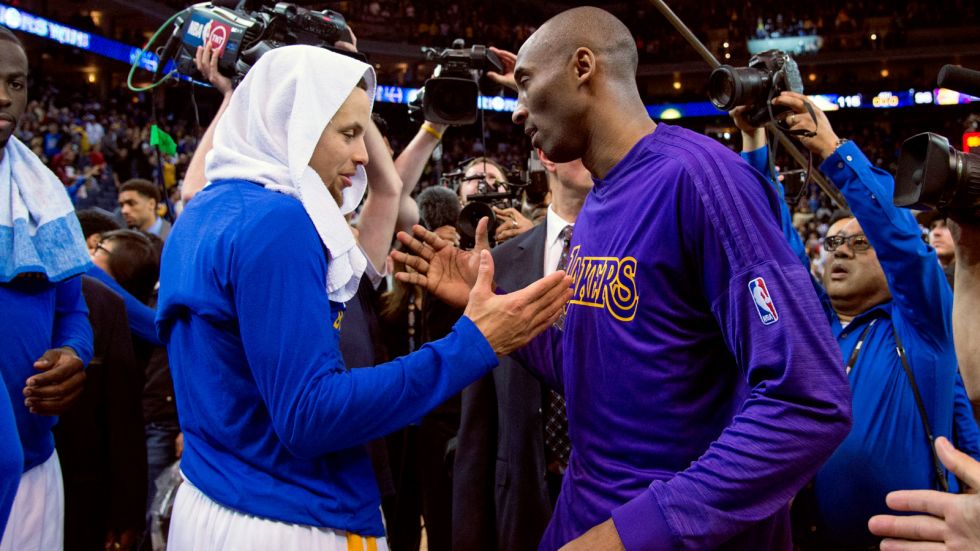 Willy Wonka the NBA is like a chocolate factory right now in one of the greatest seasons of 82 in Association history.

But what you gonna choose from the box?

You never know what you’re gonna get!

20 years ago in 1996 as a rookie with the Los Angeles Lakers, Kobe Bryant kept hitting air in his playoff push against the Utah Jazz. No twine, just pine. It was music to future teammate and league MVP Karl Malone and his Nevada teams ears and ring chances. But it was salt like their famous lake to the Lakeshow stopping, purple and gold blood of the young number 8. Following this slap of a sweep the Jazz took their talents and brooms to the Windy City, but they couldn’t get rid of the dust from the charge of the champion Chicago Bulls and their league record 72 wins, led by the man young Kobe wanted to be and will always remain the closest too…Michael Jordan.

20 years later it’s not just former supersub and now top coach Steve Kerr that connects these two stories, National Basketball Association timelines like one of his corner threes…whether he’s hoisting it, or drawing it up!

It all comes back around like the perfect chapter end to a story.

Because tonight Coach Kerr’s Golden State Warriors lead by the big three of Draymond Green, Klay Thompson and reigning league MVP, Steph Curry and his 3-ball could all make it 73 and eclipse the set in history book stone record of the ’96 Bulls, surely on their way to their own back-to-back championship in 2016. After they equalized the 20 year record mark set by M.J and his men to begin the week they could beat it by the end, or perhaps never come as close again.

Must Read:
Nike & Team USA Just Do It For 2016 Rio Olympic Games

It all comes down to one game.

And they said they didn’t care. One man says they should be more than concerned.

Because after tonight potentially the greatest Los Angeles Laker of all-time, Kobe Bryant will never play in an NBA basketball game again.

It all comes down to one game.

Believe it or not. Hate it or love it. This is it like M.J. Time to say goodbye to the purple and gold best bar Magic. On Mamba’s last day and final homecoming the stars he helped paint on the mid-court canvas of STAPLES will be joined by both his numbers 8 and 24, all before the Lakers and Buss brass decide which one to put up in the rafters next to all those banners he helped raise.

I’ve got a hint for you Jeanie…both!

Now following the million dollar question trending on Twitter to which game you and your thousands of dream dollars would remortgage your house on for a front row seat courtside, we have a clear voice to who we would make our Californian choice. It’s not Batman v Superman. Or Captain America against Iron Man in this Civil War age. It’s not that divided. It’s next to Jack. You never know if the Warriors against the Memphis Grizzlies will fight past their shared standing with the two decades back, three-peating Bulls, or if they or anyone else will ever come this close again (as a matter of fact if it wasn’t for Kobe’s Lakers, or eight other teams, the Warriors would have already dubbed the history books). Just like Mr. 81’s last shot like Mike this is the end. This is history. One last time to see Kobe.

One half of the greatest, most dominant, dynamic duo in Laker and league history before they start sculpting Shaq’s statue. Make room for the five time champ. One whose spent his entire twin number decades with the one and only purple and gold Los Angeles Lakers. One last time back home against fittingly the Utah Jazz out West. The long farewell tour on the road is over. It’s time for Kobe to turn all those rookie airballs into the biggest game of his retiring season (unless he decides to play the numbers and not take a single shot and make it all about breaking the assist record…yeah right! He’s Magic…but is he that Earvin?), before Steph Curry tries to take the air out of Jordan’s milestone.

When it comes down to it all. Today and tomorrow the golden ticket doesn’t lie with the state of the Warriors, but the man about to wear gold for the last time on the curtain call of his Hollywood nights.

This is for Bean.

Records are meant to be broken but legends can never be. All good things don’t come to an end. They live on in memories forever.