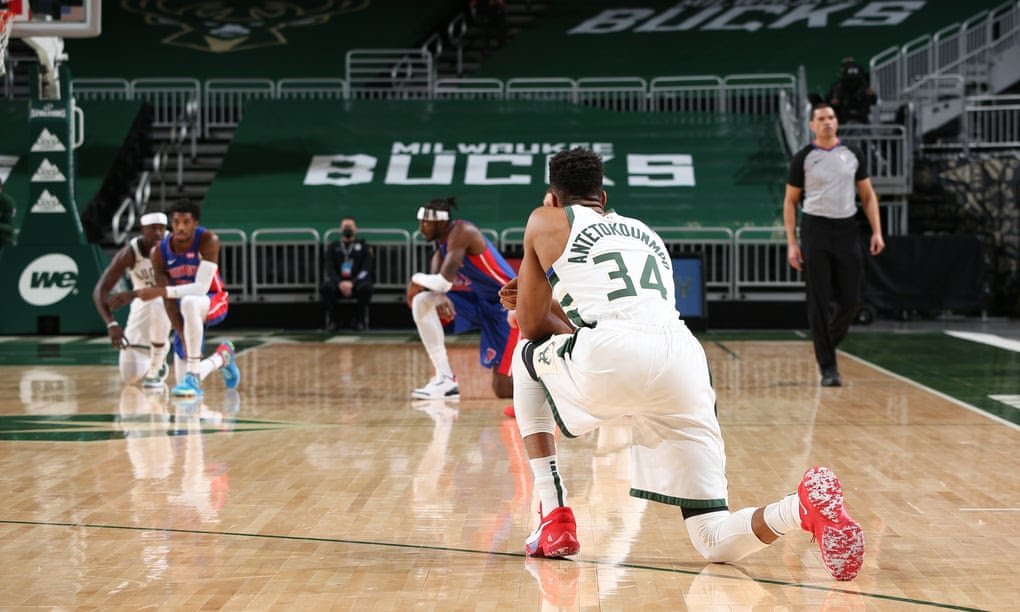 United The Association Takes A Knee

There’s a scene in the 1999, Oliver Stone American football movie, ‘Any Given Sunday’ starring Al Pacino, Jamie Foxx, LL Cool J and Cameron Diaz were in need of a half-time pep talk they call on the Lord for a Hail-Mary. The cinematic classic stirring speech from the man whose whisper is most peoples shout, Al Pacino was yet to come. A priest holds court in the locker room. “I reach for my playbook” he says as he holds up the Bible, about to deliver the good word.

Nobody bats an eyelid.

Nobody says a thing, complains, goes on a Twitter “stick to sports” tirade. No “shut up and dribble.” Nobody blackballs anyone. Nobody throws a punch, bottle, Nazi salute or even a Trump slogan. And this is the NFL.

Everybody just bows their head…and prays.

Two decades later they shut Colin Kaepernick out when all he was trying to do was shut down racism. Or at the very least shed some light on the issue to raise awareness that even in the shade and shielded face of police brutality, Black Lives Matter like they still do in 2021 after the worst year and how they still will forever more.

No matter what racists say in slur.

We will get back to the game in a minute, but allow us this time-out.

We want to talk about how this expansion that looks destined to roll to Vegas like the WNBA Aces should really give Seattle the justice it deserves. Although unlike Joe Budden we know Seattle already have a basketball team. All praise due to Storm champion and Finals MVP Breanna Stewart. The Sports Illustrated ‘Sportsperson Of The Year’, who knows that if you’re white you must speak up in solidarity too for your brothers and sisters.

Even if it doesn’t effect your front door, it’s all our war.

Yesterday teams around the NBA posted photos of them breaking social distance (they were all cleared to play though, just like the Florida Bubble) to join arm-in-arm. Forming a circle of trust and love as all their linked Twitter accounts typed one word.

Meanwhile, in Milwaukee, the Bucks who lead a Boycott in the Bubble following the police shooting of Jacob Blake tipped off against the Detroit Pistons yesterday. Most Valuable Player Giannis Antetokounmpo letting the ball dribble itself out of bounds as he took a knee with everyone else on court for a powerful, indelible moment that will echo in history for centuries.

No matter what people say now.

Why did they do it?

They did it because of what you see on social media right now. Or on every news channel. Trump supporters storming the Capitol. One of the most sacred buildings in Washington D.C. Men and women, young and old. Simply allowed to wreak havoc and carnage everywhere they could. Republicans cowering under tables in fear. Flying confederate flags and burning things with torches. Smiling and laughing for the camera like it was all fun and games.

This is why we can’t play like the Boston Celtics and Miami Heat almost didn’t yesterday. Before the leagues most storied franchise issued a press statement and their two youngest stars and the future of not only this league, but world, Jaylen Brown and Jayson Tatum delivered a compelling passionate address the current sitting President never could.

Like they echoed in sentiment from everyone else on social media, “they’ve killed us for less”.

If these people storming the Capitol were black they wouldn’t have made it through the front door.

The same police who pointed guns at peaceful protestors pointed phones at these terrorists and posing for pictures. That is appalling! This is not a civil war. It’s an assault. There’s a reason Martin and John preached peace. Its the only way. With punishment for this crime.

Those desecrating the Capitol in America’s capital are not patriots. They don’t even care. They just want to make trouble. The real patriots are the ones taking a knee, or trying to arm-in-arm hold on to peace. For all it’s worth.

During last Summer’s Black Lives Matter movement that still marches today (because it must), I was talking to a Canadian friend about Bobby Kennedy.

“Robert Kennedy”, he corrected me.

That’s how much respect that man had.

We need leaders that command that type of love. Not hate. Not commanders in chief like the ones we have now.

We need leaders like LeBron. Who used his celebrity and money to not only shed light on injustice, but create his own justice by building a school in his hometown community for underprivileged children who previously couldn’t afford this type of teaching. Because education is everything. To think people still painted the N word on his family home. In 2020.

Like his t-shirt says today, “do you understand now?”

We need leaders like the King, Kap, the Bucks, Pistons, Celtics, Heat and the entire NBA lead by commissioner Adam Silver. Who not only lead the world-not just the entertainment one-in locking everything down after the Utah Jazz’s Rudy Gobert and Donovan Mitchell contracted coronavirus, but also brought the game back, safely and securely. Successfully. With social justice measures everywhere.

Just like the WNBA who played last season for Breonna Taylor and made us all Vote Warnock. What’s happened after he now has his senate seat is a result of racists only.

Point the finger of blame at those causing this terror. We can see them clearly. Arrest them cops. Remember it’s easy to identify them because they don’t believe in wearing masks or protecting and serving others.

That ignorance will be their downfall. Not ours.

United we stand. Divided we fall. This was the motto of Team USA at the last Olympics. Time for the state of the nation to no longer be divided. 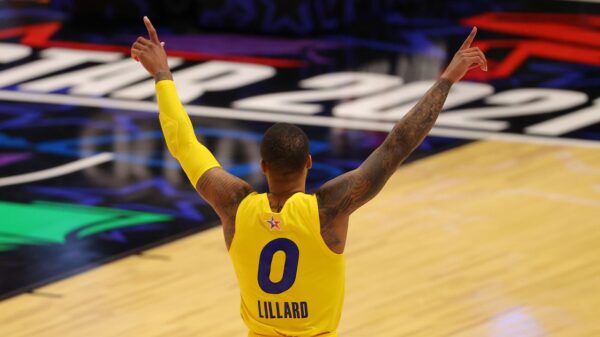