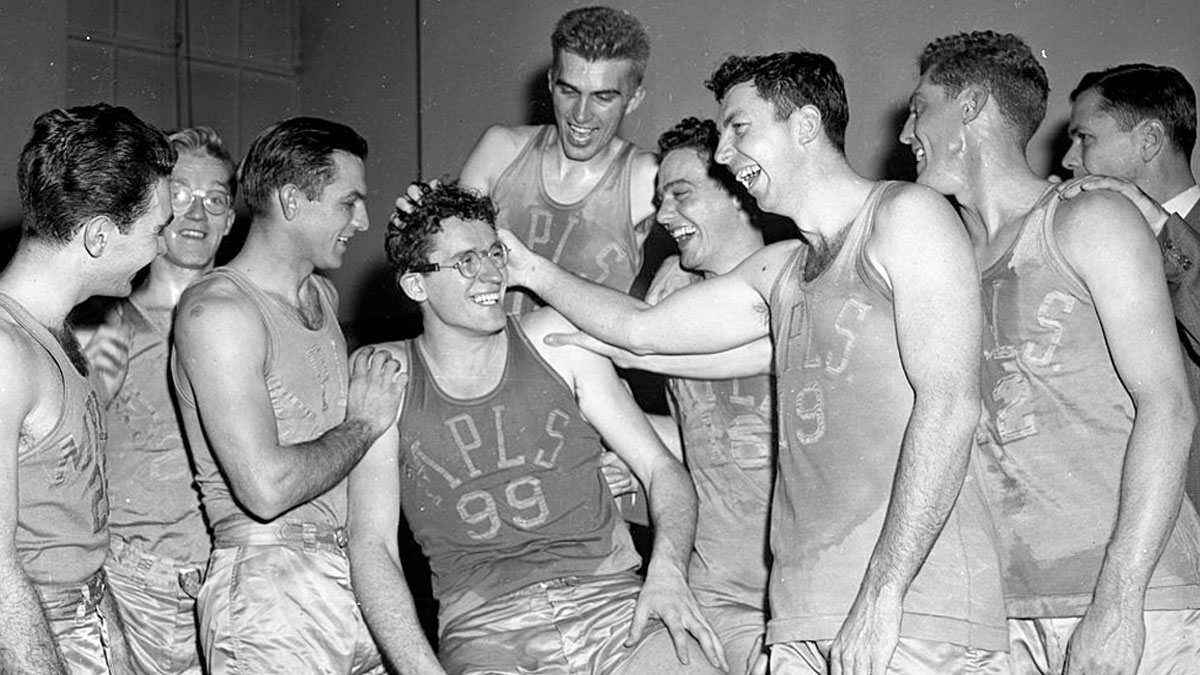 Why george mikan should be ranked higher

Time to rant and open a can of worms.

Of North America’s four major professional sports leagues – NBA, NFL, NHL and MLB – basketball is the only one that fails to recognize or respect its elders.

For some strange reason, hoop memories are lapsing in regards to any hardwood action prior to the late 1960s’.

Not so in the other sports.

What old-timers do we find in basketballs Top 10 or Top 15?

We find? We find?

But totally ignored is a Superstar from this time period.

A resume that we could put against anyone.

Must Read:
No Love, Gasol, Aldridge, Butler Or Jordan For Lakers

All Mikan did in his short seven-year career, was.

Because of his dominance the NCAA instituted no goaltending rule in 1944 when he stared at DePaul.

The NBA widened the lane from six feet to 12 feet and the 24-second shot clock was introduced.

He was also voted Best Basketball Player of the first half 20 Century.

How many current or former NBA players have such a resume?

See what I mean.

But the fact is that basketball fan’s opinion on NBA greatness only comes after the integration of the African American athlete.

It is part of the NBA marketing machine.

Still…no matter of colour of skin, Mikan was the best during his era.

True, a lot is made of – rightfully so – that the all-black Harlem Globetrotters defeated the world champion Minneapolis Lakers 61-59 in their first exhibition encounter  February 19, 1948 in front of 18,000 fans.

It showed that the black athlete – still not playing in the lily white NBA – could play on equal footing if given a chance.

Mikan had 24 points in the loss.

But the “rest of the story” is usually left out.

The two teams would meet seven more times during the next few seasons with the Lakers winning six of them.

Criteria for “Greatest of All Time” should not be based solely on statistics, as the games’ rules and schedules have changed and evolved over the years.

Of course Mikan could not cover Wilt, Shaq, Kareem or even Boban Marjanovic.

Criteria should be based on – aside from championships and tangible and intangible attributes that make a team great – how that player dominated and performed during their era.

In that case, George Mikan – the best player in the world for a seven-to-eight year stretch – should be considered “One of the Greatest Basketball Players of All Time.”