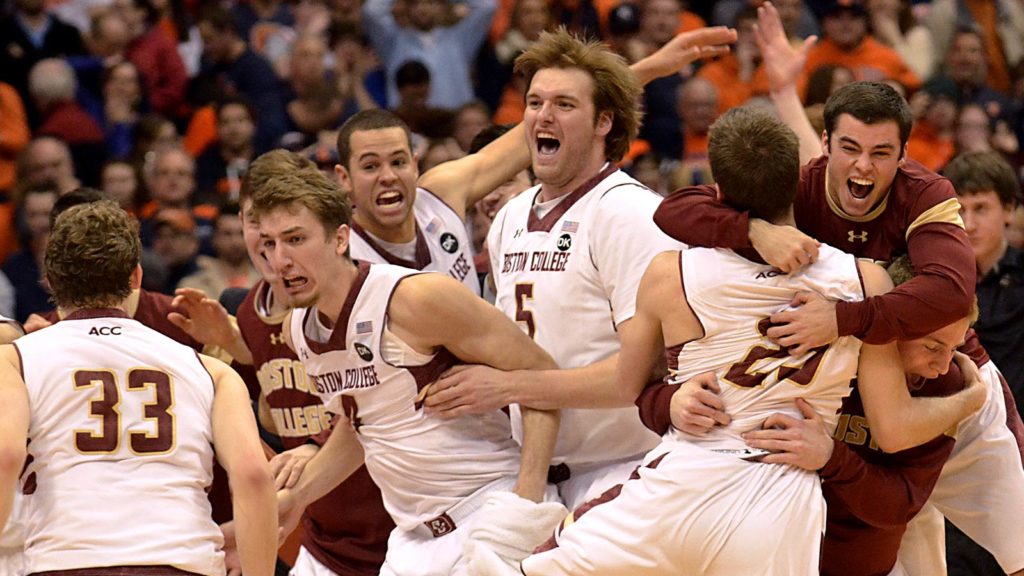 The best start in Syracuse Orange history is toast.

The Boston College Eagles walked into the Carrier Dome confident and left with an exciting 62-59 victory over previously unbeaten and No. 1 team in country.

Canadian point guard and NBA hopeful Olivier Hanlan (Alymer, Que.)  came up huge for the Eagles in a game-high 20-point effort including the key lay-up at the end of regulation to send the game into extra period. Hanlan also played a game-high 45 minutes and shot a healthy 6-of-14 from the floor, including 4-of-9 to beyond the arc while adding 3 assists.

in their first meeting of the season Syracuse came out on top, pulling out a tough 69-59 victory on the road on January 13th 2014, and it seems like BC made some adjustments, limiting the Orange to a season low 20-62 shooting (32.1%) and a miserable 2-of-12 from outside the arc.

The victory moves Boston College to 3-10 in ACC play with only six games remaining.

Both Ennis and Hanlan are expected to be a part of the upcoming young talent that is expected to add depth to Canada’s Senior Men’s National Team (SMNT( back-court which already features San Antonio Spurs guard Cory Joseph.