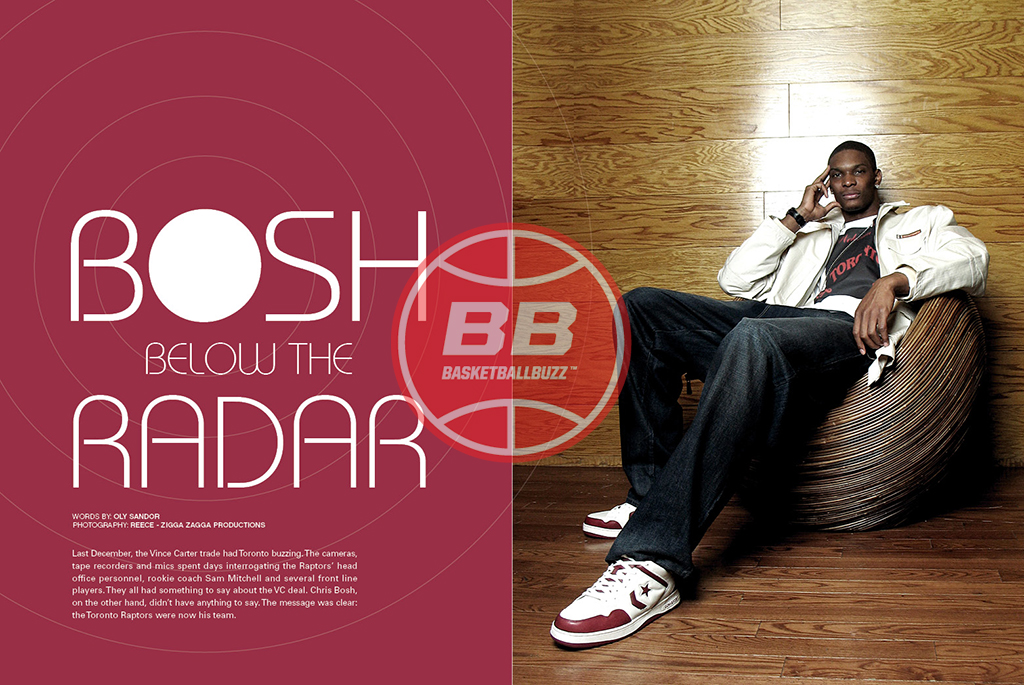 Chris Bosh Below The Radar Basketballbuzz Magazine 2006
A few months later, Bosh is on the telephone from his Milwaukee hotel room. He still doesn’t have much to say. “I’m a simple dude playing in the NBA,” mumbles the second year pro. “I’m a regular guy. That’s all.” The forward is being modest. Since the Carter trade, he has played like an All-Star. Nobody should be surprised because Bosh has never been simple or regular. It began in the working class neighborhood of South Dallas. The area was all inner city, mostly Black and Hispanic. As a youngster, Bosh excelled in math and basketball. Hours were spent breaking down both algebraic formulae in the classroom and defenses in the gymnasium. By his senior year, a buzz started to come from Lincoln High School. […]