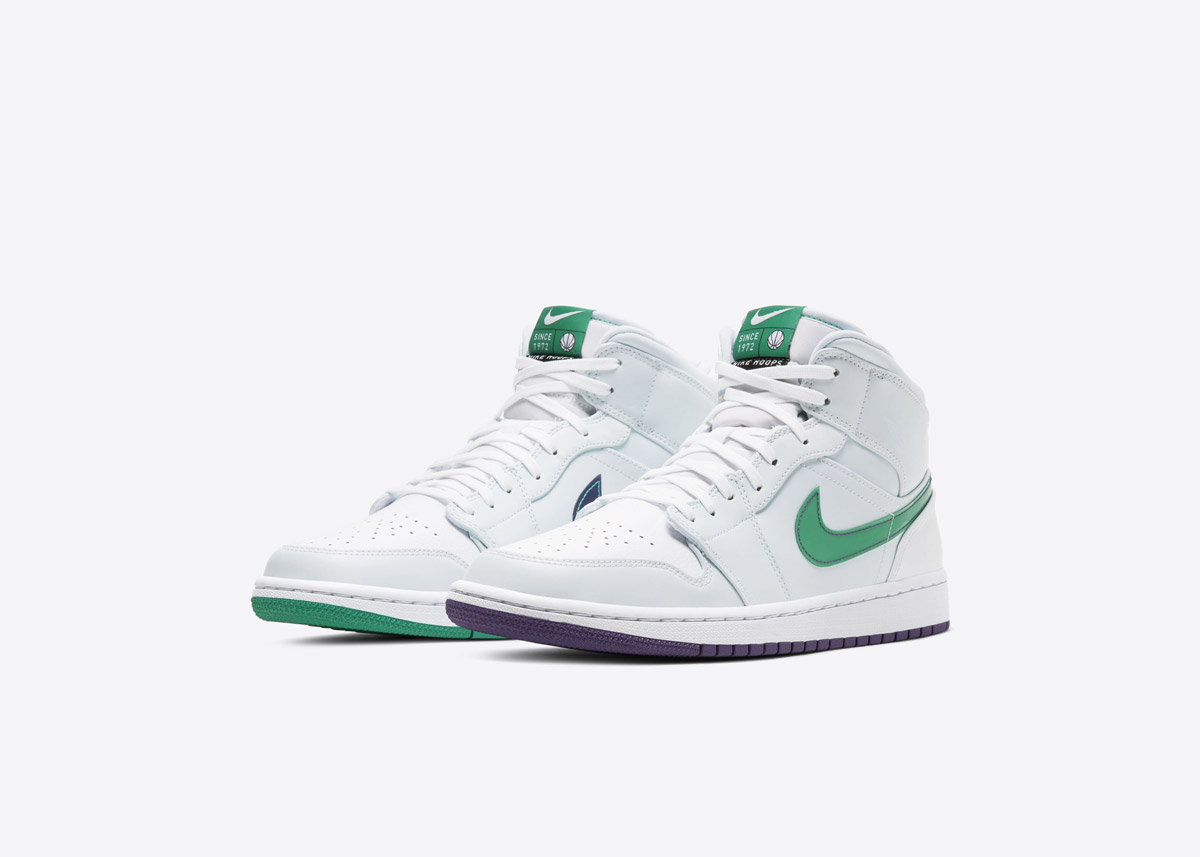 Breathe and center. Center and breathe.

Sadly the NBA may not come back at all this season. With that being said however, it was never going to be the same anyway. Texas gunslinger by way of Slovenia, Luka Dončić has made it that way. From outshining the top teammate trade of Kristaps Porzingis, to making his Dallas Mavericks forget about their most storied, iconic legend, Dirk Nowitzki.

Let alone being on his way to joining him in the top three Euro players of all time along with the one and only Dražen Petrović. With all due respect to the most underrated like Scottie Pippen, Laker and big Pau Gasol.

Rookie of the Year…no doubt.

During quarantine, Dončić has still been busy. Hitting the drawing board with Nike to come up with some fresh kicks and a compelling concept.

Now in this social isolated time of being saved by ‘The Last Dance’ of Michael Jordan and the Chicago Bulls for Netflix and ESPN, here’s another pair of Jordan’s to look forward to, although it’s going to take a little longer than Sunday.

It’s about the time Luka had his own line of Air’s after signing with Jordan Brand on the dotted line like a swoosh in December of last year.

Just doing it these new Nike’s in all white leather to the classic, iconic J design look so good they really can be rocked off court as much as they will be breaking defenders ankles by the double 7 seal on it.

They also look a damn site better than those graffiti Nike City Edition Mavs jerseys for Dallas too.

These sweet cleats are much more than an amazing aesthetic however. With mindfulness on the brain, especially in this anxiety ridden time of quarantined isolation. The ‘Air Jordan 1 Mid: Mindfulness’ is part of a three shoe collection that looks at players pregame rituals. Highlighting their mental toughness as they get ready for the world of Basketball’s biggest stage.

WNBA superstar of the Phoenix Mercury, Britney Griner, Sacramento Kings star De’Aaron Fox and the Philadelphia 76ers franchise face Ben Simmons also have their own style of Jordan’s that tie in to their pregame processes as they lace them up.

Fox and Griner’s ‘Music’ focused kicks are set to play soon, but right now Dončić’s turquoise and violet brand accentuate calm in their accents…not a move to the Charlotte Hornets. Don’t worry Dallas. How about the Air of that video game commercial tie-in too for the level up player edition? That’s what the ‘Breathe and Center. Center and Breathe’ motto on the heels means and is all about like “Since 1972” on the lick of the tongue. It’s a mantra we can carry with us as we walk through this troubled time.

With mindfulness in mind we need messages like this now more than ever.