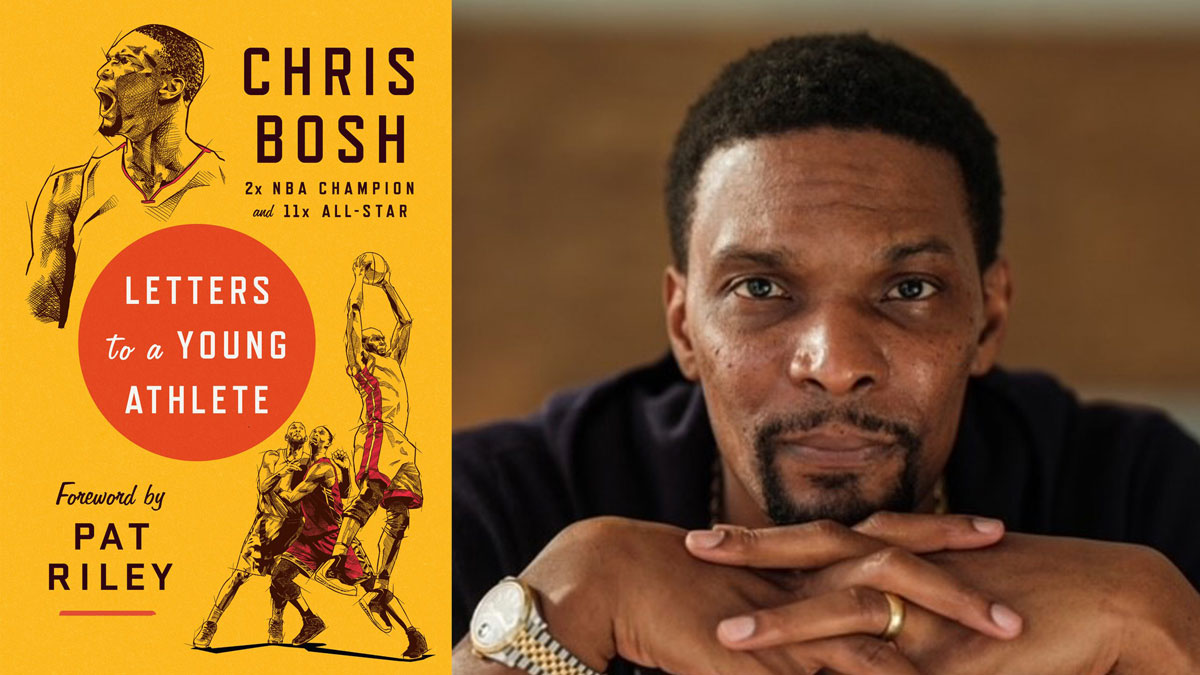 NBA legend and the number one retired member of Miami Heat’s big-three gave you his all. Mind and body. Spirit and soul. The former Toronto star and Georgia Tech college powerhouse was asked for his hustle and gave you his heart.

His heart could take the pounding of being treated like Vince Carter when he left the Raptors. His mind could handle the grind of losing to Texas teams in the Finals like San Antonio and hometown Dallas. But his body knew it was time to say goodbye.

Yet it wasn’t OK. Chris Bosh wasn’t ready to let you go.

2017. Still plenty of prime-time left in South Beach. Even with the talents of the King back in The Land. Miami was ready to be powered by Bosh and the way of Wade. Then one doctors’ appointment changed it all. Blood clots. Even though he tried to find ways like he did reasons for this fickle fate and hand he was dealt, he couldn’t comeback. He had to call it.

Chris wasn’t just risking his career if he came back on court…he was putting his life in jeopardy. He had to walk away from what he gave his blood, sweat and tears for years to. It’s the kind of cruel heartbreak big Brooklyn Net signing LaMarcus Aldridge knows only too well.

Chris Bosh had to move on and find his new ‘why’. Becoming an entertainment mogul is one. Analyzing this game is another. Uplifting his community with Team Tomorrow, the most important. But Bosh’s biggest calling-like many to the Players Tribune these days-seems to be the pen.

Mightier than the sword in fighting his dark days, Chris has wielded chapter-by-chapter the most inspiring book since the late, great sportscaster Stuart Scott’s ‘Every Day I Fight’ before he passed. With a powerful foreword for the center by former Heat coach Pat Riley, whose own autobiography (‘The Winner Within’) is in its own league of influence.

“There are decisive moments in your life that change everything for you and the people around you, moments when deep truths become crystal clear. On any day of your life a moment like that can happen. We become connected forever to these moments; they open the way to more and even greater experiences.”Pat Riley – Miami Heat

Pat begins this book with powerful poignancy and memory of the eleven-time All-star, two-time champion, Olympic gold medalist, and the leagues Global Ambassador sealing the Game 6 win against the San Antonio Spurs in their second championship campaign. A set of plays were a Bosh rebound, dish to Ray Allen in the corner pocket for three (Jesus moon walking to his spot. Shuttlesworth shuffling with MJ confidence) and a block on Danny Green, “will go down in Miami Heat history as the greatest sequence of plays ever to assure a championship.”

When the Mr. Basketball himself gets down to business for his own journaling, this book and its classic cover are drawn up like a sketched play for the former Yellow Jacket. Taking inspiration from the Laker likes of Kobe and his former teammate LeBron, the man that arrived to the ‘Space Jam-A New Legacy’ premiere in a gold number 8 under his suit pens more than a deceleration to the game.

Bosh-who in the above photo looks like he’s about to play against Anya Taylor-Joy’s ‘Queen’s Gambit’-knows how to live this game of life like a chess move.

Calling time on championing his career, Chris compels us with each and every chapter written in the form of a letter to the youth. Signed at the end like luckily my copy for real. This autograph will remain inscribed on your heart like ink. The introspective inspiration here has the words of wonder that could influence a generation of greats.

“The last thing you probably want is another voice in your head. I get it.”

But the x-factor of the Heatles like George Harrison to Wade and James’ Lennon and McCartney is about to show you why you could use one more.

The first letter ‘When You’re Nothing But Tired’ references The Boss, Bruce Springsteen, ‘Dancing In The Dark’. With tough love he tells us “welcome to the club” before giving it up for everything Candace Parker of the WNBA has done since graduating from college.

The truly ‘Outstanding Player’ flying to the WNBA Draft right after cutting down nets. All before becoming Rookie of the Year AND league MVP in the same season. The same season were she took an Olympic break to Beijing to win gold with Team USA. Ending it all by almost playing in Europe. Plans that had to be put on hold…because SHE GAVE BIRTH TO HER BABY GIRL.

And how many games did she miss after her pregnancy?

To think some still don’t respect the women’s game.

Chris continues telling us we have to find our why, whilst ‘Cultivating Our Mind’. He also values ‘The Gift Of Hunger’ and what you can really unlock when your ribcage is touching. He also writes and tells us that ‘Communication Is Key’ as it is time to sweep away our ego.

But surely everyone in the NBA has an ego right?

“What’s the difference between ego and confidence”, Chris?

“Ego is a liar. It tells you you’re the greatest , regardless of what the results say-it always finds a way to spin those. Confidence is belief in your ability, in the work you’ve put in, that’s backed up by reality.”

Amen. Young athlete if you read just one letter. Let it be this one. Your teammates…and your future self will thank you.

‘Leaders Lead’ as he says in the next chapter/letter. Become one.

Remember to ‘Take Care Of Yourself’ too though. “We tend to think heroes are born rather than made”, this Heat one tells us. “We also forget, as far as athletes go, that it’s not just about getting in shape, but staying in shape.”

There’s going to be haters in this game of life. Names like Simmons, Antetoukounmpo and so many more know that just by taking to Twitter. They even used to call Chris, “Bosh Spice.” Shaq and even Nicki Minaj even threw barbs. ‘Don’t Let ‘Em Get To You.’

“Only a fool complains about the bad that comes with the good. Being hit with criticism means you’re doing something in this life.”Chris Bosh

Remember ‘The Name On The Front Of The Jersey Is What Counts’ and when it comes to winning and losing it’s like what Ricky Rubio tweets all the time. “Not too high. Not too low.” But more importantly ‘Do The Work’. “We’re talking about practice? Yeah. We are talking about practice. There are no games, no championships, no MVP’s, no signing bonuses, no flawless behind-the-back passes or perfectly executed alley-oops, no comeback-from-behind wins without practice.”

Referencing Michael Jordan’s, “starts with hard work, ends in champagne” quote from the start of ‘The Last Dance’ season, CB knows how to turn Taskmaster like the ‘Black Widow’ movie.

“Maybe all you can say is: It takes what it takes.”

In conclusion, “remember that the game-whichever game you pursue-is bigger than you, and never forget that you are built for bigger things, too.”

How many amen’s can this father time words of wisdom get?

There are even more gems from this great, we don’t want to spoil for your insight. It’s time to read all about it. This alt-memoir from Bosh bolsters more than basketball bravado or confidence on court. It mentors with meaning like a how to manual. Whether your why is on the hardwood or off court in a whole new game. Young athlete, this legendary one will help you be to the letter.