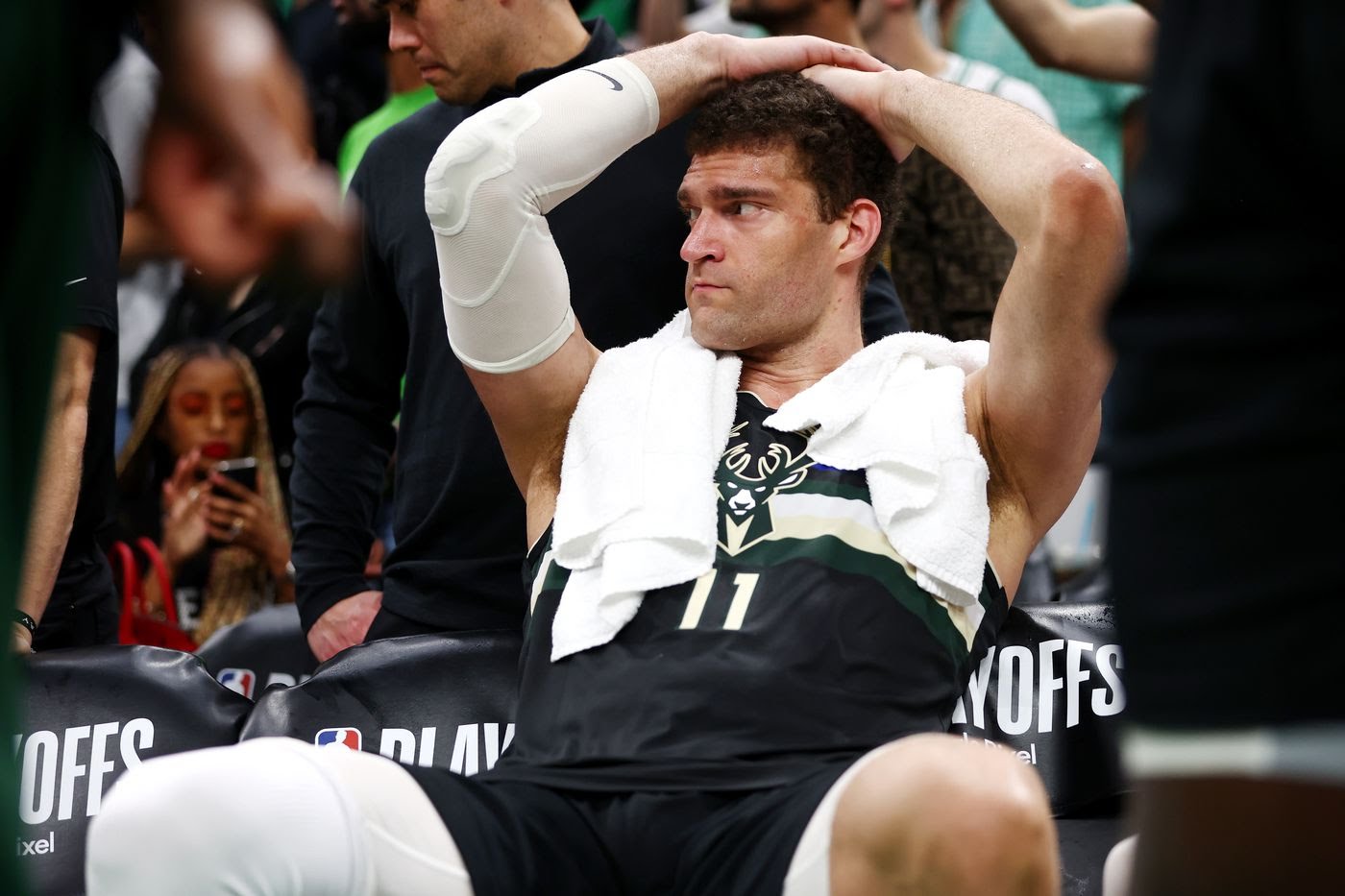 This morning, last year’s NBA finalists the Phoenix Suns and the reigning champion Milwaukee Bucks will wake up with two tickets to Cancun.

It’s just another case of the those Game 7 blues. Am I right?

Now watch what you say about one and done Bubble champs.

But I can’t talk. My team didn’t even make the playoffs this year.

Right now, the NBA postseason in full force has already done away with the back-to-back MVP and the man behind the mask that should have actually won the award. Saying forget your mask like Jimmy Butler (we’re paraphrasing somewhat here).

And now we’ll have a new champion…in both conferences.

How about two of them?

First the storied Boston Celtics added another classic chapter to their legendary legacy. Jayson Tatum, Jaylen Brown, Defensive Player of the Year Marcus Smart and the rest of Beantown becoming the new Bill Russell’s, Larry Bird’s, Paul Pierce’s and so on as it goes on the Garden’s parquet.

Searching for another banner to put up in those retired rafters, now Tatum has faced down Giannis as well as Durant.

But don’t take what this Celtic pride has in reserve for granted. As Game 7 was owned by new Massachusetts hero Grant Williams and seven of his three-pointers as the Celtics hit 22 from downtown Boston.

109-81 was all the Eastern Conference semifinals wrote in an instant classic epic.

Tatum had 23 points, eight assist and six rebounds for a legendary line. His partner in crime, Brown had 19 for the green. But it was Williams’ 27 that led the way. Not to mention 12 from Payton Pritchard and Marcus Smart’s genius all over the floor (11 points, 10 assists and seven rebounds).

Antetokounmpo recorded 25 points, 20 rebounds and nine assists for the record books, but it wasn’t enough. Even though he made history as the first player in NBA history to score 200 points, 100 rebounds and 50 assists in a single series.

No one for a second should think he didn’t give his all until the final buzzer blared. His 31.6 points, 14.1 rebounds and 6.7 assists averages are amazing, like the league where that very word happens.

Next up is Jimmy Butler and his Miami team, best served with Heat. No bubble boys, either. Milwaukee tweeted something like that when they avenged their Florida defeat last year. Look who’s talking now.

Elsewhere, raising Arizona and putting Phoenix down in the ashes, the sun has set on my prediction for NBA champs this year.

How much a bad mother lover is Luka Dončić?

“Everybody acts tough when they’re up”, Luka said walking off court after his last loss. Taking it MJ personally, he had the strength to make his actions louder than words. Or the smirk he gave Devin Booker that had social media scrambling for renaissance paintings to put up next to it.

Put that in the Louvre.

“It was a good old fashion a##-whopping”, Devin told the press after the Suns were scorched 123-90 by the Maverick and Dallas.

Cam Johnson led the Suns with a dozen off the bench, because Booker scored just 11, off 3-for-14 shooting. Meanwhile, off the bench for the Mavs Spencer Dinwiddie had the bag with 30. Jalen Brunson came up Kobe big with 24. But the real Maverick mentality belonged to their next great after Dirk. 77 had 35 points, 10 rebounds and the Game 7 victory.

And Lil’ Wayne had to watch it all courtside in the Valley after tweeting, “Luka a ho.”

They got Tha Carter.

Jae Crowder too, who famously mocked LeBron James’ salsa dancing commercial when the Suns set on the Lakers last year. “I’m going to get my nails done. Pamper myself a little bit”, he told press pregame, about his Game 7 plans and prep. Turns out Luka gave him a pedicure as he nailed every jumper.

Next up is the Warriors, feeling like an old Steph Curry dynasty. Who will you Dub as the West’s best?

Or the beast of the East?

Now the Book and the Bucks stop here.

“You just have to stand up and be a man about it,” Devin added like the true professional he is. “Accept the loss and move forward.”

Don’t tweet or write off Milwaukee or Phoenix to the dark yet. They will rise again. It just wasn’t their year, but there’s always next season.

The Celtics and Mavericks were just too much for both of them.

This just goes to show how open the league is these days. We don’t even know who’s going to come away with the ‘chip when it all comes down to it.

But we can’t wait to find out.