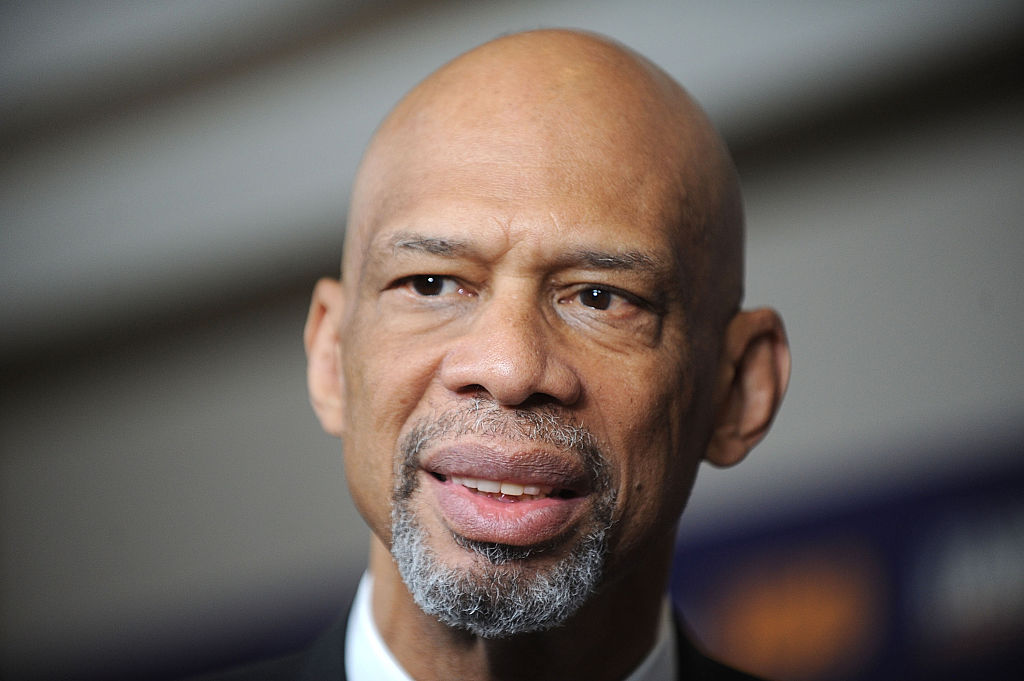 Sky-hooking his way through the association, from Lew Alcindor to number 33, Kareem Abdul-Jabbar won rings with the Milwaukee Bucks and the Los Angeles Lakers like the NBA these past two seasons. He left the league as the all-time leading scorer with a total of 38,387 points and although that milestone may be eclipsed by fellow Laker legacy maker LeBron James in the next two seasons. It is a record that has stood for more than 30 years.

Since retiring in 1989 Kareem has forged quite a post-playing career with the pen. Writing his memoirs like ‘Becoming Kareem’ and ‘Coach Wooden and Me’ and articles for the likes of the Los Angeles Times, Hollywood Reporter and British Guardian newspaper. Recently he has also set up a Substack account to write freely about NBA players’ need to vaccine. He’s even written Sherlock Holmes spin-off novels about the famous Baker Street sleuths brother, Mycroft Holmes.

Far from just sticking to sports, his articles always have more to them than meets the readers eye. Conveying a compelling message or call to protest in this age of social commentary and consciousness. Another reason why Barack Obama hung the Presidential Medal of Freedom around his neck. Now his latest read ‘Black Cop’s Kid’ may just be his most important yet.

Not another magazine article, but too short to be a book. Think of this essay like another installment of the Amazon Original Stories series from former Laker Jared Dudley’s ‘Inside The NBA Bubble’ account. As important as new Laker Carmelo Anthony’s ‘Where Tomorrow’s Aren’t Promised’ book with its black and white look at the streets he came from.

Beginning with a quote from abolitionist Frederick Douglass about injustice imposed on those who quietly submit. A year after the Black Lives Matter protests were in full force, this story of the blue blood of Kareem’s father, Lieutenant Ferdinand Alcindor is heartfelt, soulful and stirring.

“For fifty years I’ve been both defending and criticizing the police. I’ve criticized them when their actions reflected the violent systematic racism that resulted in the deaths of unarmed minorities. I’ve defended them when their good works have gone overlooked.”

There’s still good cops out there, even amongst all the bad hidden behind the badge as Kareem doesn’t want “all cops lumped together as a monolithic hive-mind the way so many have done with marginalized people in this country.”

Count this account of an essay that should be considered academia for a man who should one day win a Pulitzer, amongst his best and most meaningful work. Akin to the new Jake Gyllenhaal movie also out this week on Netflix, ‘The Guilty’. A remake of a Danish film of the same name brought to Hollywood by ‘Training Day’ director Antoine Fuqua. A movie that shows a conflicted cop trying to be the good guy again, even after all the wrongs he’s done that he can’t right.

“My ability to see both sides isn’t the result of trying to please both sides; my perspective is the result of having been raised by a Black police officer in New York City during the most tumultuous civil rights upheaval the country has ever been through.”

What begins as a beautiful but subdued father and son story, even deeper than his one with UCLA coach John Wooden, reverberates into today and all that we are going through right now as a watching world revolving around concern. When Kareem was young his father faced inequality, even in a position of authority, that he wore with “dignity and purpose”. From racism to his own people accusing him of being an “Uncle Tom” even when he gave his all to protect and police both sides. Turning the other cheek on those who turned their back on him.

This account looks back on raw childhood memories of the brutal murder of Emmett Till, hope from the dream of Martin Luther King Jr. and even Kareem’s participation alongside Boston Celtic legend Bill Russell in The Cleveland Summit, debating with Muhammad Ali about his bold and brave refusal to fight in the Vietnam war.

Harrowing memories of race riots that haunt him. The hope of peaceful protests allowing him to continue to seek change. Kareem may be a hoops hero, but his father was a real one. During one day in court an accused man grabbed a bailiff’s gun and then shot him, escaping. Ferdinand Alcindor chased and captured him down a subway tunnel…and he didn’t even fire a single shot. Oh, how some police today could cop a lesson from that moment from the past.

Must Read:
Jay Williams' 'Life Is Not An Accident' Memoir Reinvents The Game

Some police know better though. Like today’s hero Eugene Goodman. The black US Capitol Police officer who diverted mobs of rioters who stormed the government building on January 6, 2021 away from a senate chamber full of scared senators. All as other officers were posing for selfies with the rioters and letting them in. Kareem sees a bit of his father in Goodman and we should all look to these examples to be good men, women and people as a whole.

“Racist police, no matter what their rank, have to be weeded from every department and not allowed to work in law enforcement again anywhere.”

Dedicating his words and his writing career to his father, stating “what better homage to my Black cop dad than writing about Black people solving crimes,” Kareem has been refusing to shut up and dribble long before those saying ignorant statements like that had a bullhorn or soapbox to stand on. The former pro Kareem’s prose make a difference like what Kobe’s post career was looking like and what the King’s will be too after his last day on court. Like Shaquille O’Neal after him, this big Lakers legend had an even bigger force of a man above him, in the policing presence of his father.

“I’m a Black cop’s kid. And, to quote Robert Frost, “that has made all the difference.”

Here’s not only a salute to Kareem, but one to the legendary Lieutenant Ferdinand Alcindor too.