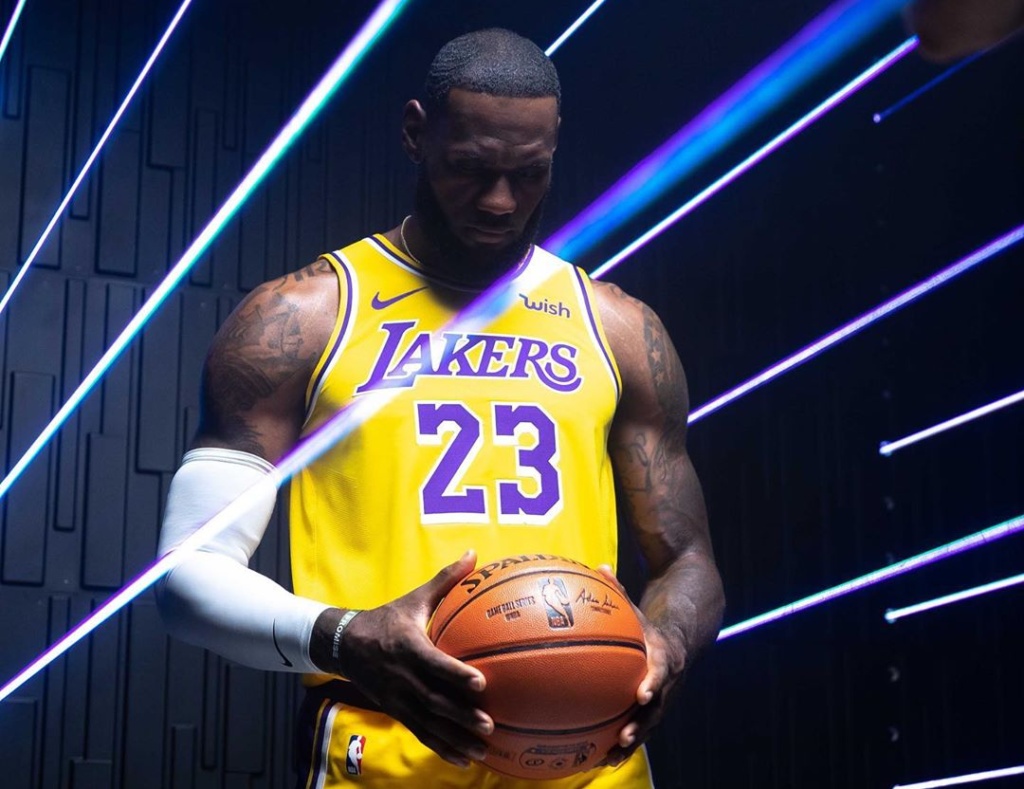 If You Come At The King You Best Not Miss

Heads will roll down the wire in this ‘Game Of Thrones’ next season. Just like the Spalding the King, Lebowski rolls down court before picking it up to take that deep shot that’s hopefully going to knock down all the pins.

Well not in that way anyway.

LeBron James is tired the King does not have a ring in Hollywood. He’s tired right now his script only reads ‘Space Jam 2’. He’s tired people forgot what he did returning to The Land. He’s tired in this 15 minutes of fame world gone to 30 characters in length that redemption lasts about as long in this league these days as a swipe left. He’s tired of the swipes like this writer is of Tinder. He’s tired of not meeting his match (I hear ya). He’s tired of the jokes about his hairline (oh I hear you ‘Bron…although I make them all about myself. Self-deprecation is the best). Have you seen it lately? It’s even a better comeback story than the Lakers may have this year…and this writer hopes for his own part 2 like Caruso. He’s tired that even with “what’s up man? I’m Alex” dunking like Woody Harrelson’s ‘White Man’ was a myth and those 80’s trim themed jerseys that people in Hollywood aren’t putting this up in bright lights in the big city, billed as ‘Showtime 2’. He’s tired he can’t trademark ‘Taco Tuesday’ after eating more boxes of them than he drinks wine.

We’re just tired of ‘Taco Tuesday’…we know what day it is? Okay, alright it’s pretty funny when you make that noise and its all love and family. What will make real noise however is if you yell it in the Boston Garden after dunking on their 7 foot 7 inch rookie Tacko Fall to welcome him to the L. Now that would make a Twitter trending Tuesday.

LeBron James is tired that you blame him. Although his broad shoulders wouldn’t have it any other way. He’s tired you think he’s past it when he played through all the pain with no complain last campaign. He’s tired ESPN put him as the third best player in the association after Kawhi and Giannis…but they’re probably right. Although ESPN are like that when it comes to the Lakers…just ask Kobe. He wants his spot back in the spotlight like champagne showers with Larry O’Brien and okay Dwight Howard. He’s tired they think he’s the reason Magic wanted to get rid of the kids. He’s tired Pelinka did it anyway when President Johnson cast himself out. He’s tired of Lonzo Ball’s raps, Josh Hart’s tweets and the fact that Brandon Ingram is saying as much as he’s smiling in Pelicans colours. Because he knows the gunner killer is going to take it out on them on the floor. He’s tired Kyle Kuzma is injured like DeMarcus Cousins. He’s tired people don’t think giving up the house for Anthony Davis and the best dynamic duo the West to Wilt, Magic to Kareem Lakers have had since Shaq and Kobe (sorry Pau) isn’t worth it. He’s tired he couldn’t carry the 6 and give A.D. his 23…yet. He’s tired it looks like it’s going to be one of those seasons all over again.

LeBron James is tired the season hasn’t started already. Although it was media day yesterday and that sabre like lighting photo shoot that looks like something straight out of the neon Tokyo’s Vinyl Museum should open his and our eyes. He’s tired it’s 30 days before 82. He’s tired they don’t think he has the brackets for more than that many 48’s once we get it on. He’s tired the chalks not in his hand to toss. He’s tired last season was a loss. LeBron James is tired he hasn’t told his sung his latest redemption song in his storied career yet. But this is just the first note. Time to let it play.

Tired of seeing this word in this column like counting sheep yet?

Must Read:
Bounce Elite Jalik Dunkely-Distant puts on a show in OT win over UPLAY Canada at 2022 U16 Nike EYBL

Time to wake up!

If you come at the King you best not miss.