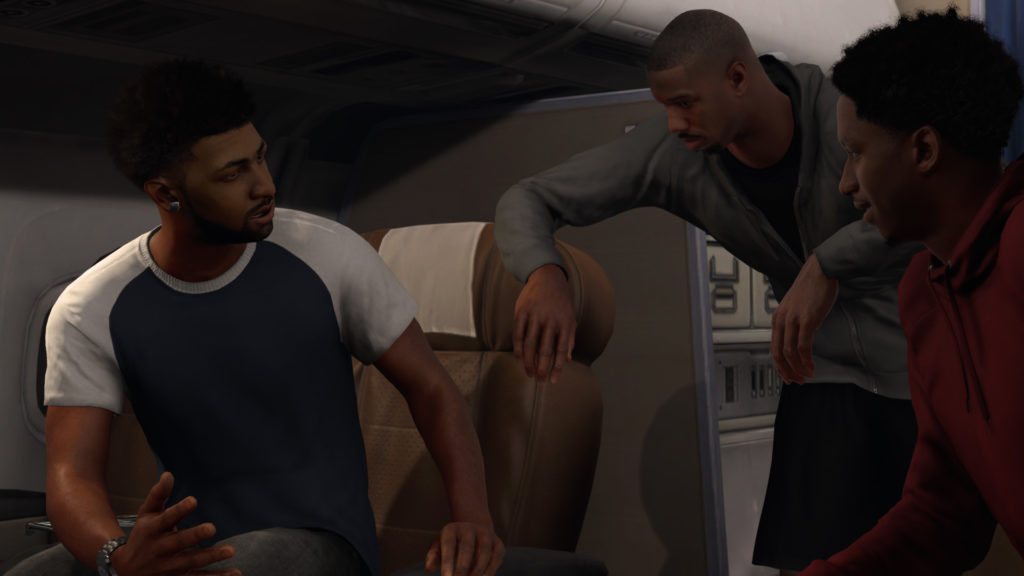 Michael Jordan Back In The Game For NBA 2K17

OK…seriously how many times are we going to try and fool you with that one?

Michael Jordan is back in the game like EA Sports’ NBA Live 2000 for NBA 2K17. Just like when M.J. was the cover star for 2K12. But this isn’t the greatest Basketball player of all time we’re talking about. But the acclaimed actor with a government like Mike. The Jordan with a B. before his name.

The young star of the Oscar Academy worthy ‘Fruitvale Station’ and the forthcoming Marvel ‘Black Panther’ movie starring ’42’ and ‘Get On Up’ star Chadwick Boseman as T’Challa, set for release in 2018’s next part is something else entirely. They do say video games gross more than video games nowadays and this isn’t the first time the lead star of the hugely successful ‘Creed’ spin-off from the ‘Rocky’ movie anthology has made the cross from cinemas to consoles as he goes from boxing to basketball, ringside to court-side.

Michael B. Jordan provided his voice for the last ‘Gears Of War’ game, but now the actor is giving more than that. Getting more up close and personal than a first person shooter, Mike B’s whole look is incorporated into the game as you can play with him or as him in the hugely popular MyCareer mode for 2K.

And just how good does his digital character look in this 2017 edition? Just as good as the NBA players themselves…if not better! Because you know some of them…erm. Glitch Alert!

This is the closest Jordan (who counts every NBA alumni from Jordan Clarkson of the Lakers to Michael Jordan’s legendary teammate Charles Oakley as close friends) has got to the NBA since playing alongside the likes of Kevin Hart and Drake for the NBA Celebrity Game during All-Star weekend over the years.

But the star of ‘The Wire’ plays another character here in the C.G. form of Justice Young (here’s guessing playing Michael Jordan would be a little too on the nose), following in the digital imprint footsteps of ‘He Got Game’ legendary Spike Lee who directed the MyCareer mode for last years 2K16. This time round Michael’s ‘Creed’ co-writer and teammate Aaron Covington is on script and directing detail. Whilst anything left on the cutting room floor will be swept up by classic comedian Hannibal Burress’ iconic improv who plays a barber here.

Now the man who recently starred in Apple commercials trying to play Kobe Bryant has expressed an interest in one day taking the Kings crown to play Cleveland Cavalier champion LeBron James in a biopic, but maybe like a fellow Marvel Cinematic Universe character this Human Torch hot ‘Fantastic Four’ star could take a throne in another galaxy.

Because when it comes to ‘Space Jam 2’ who better than Michael B. Jordan?