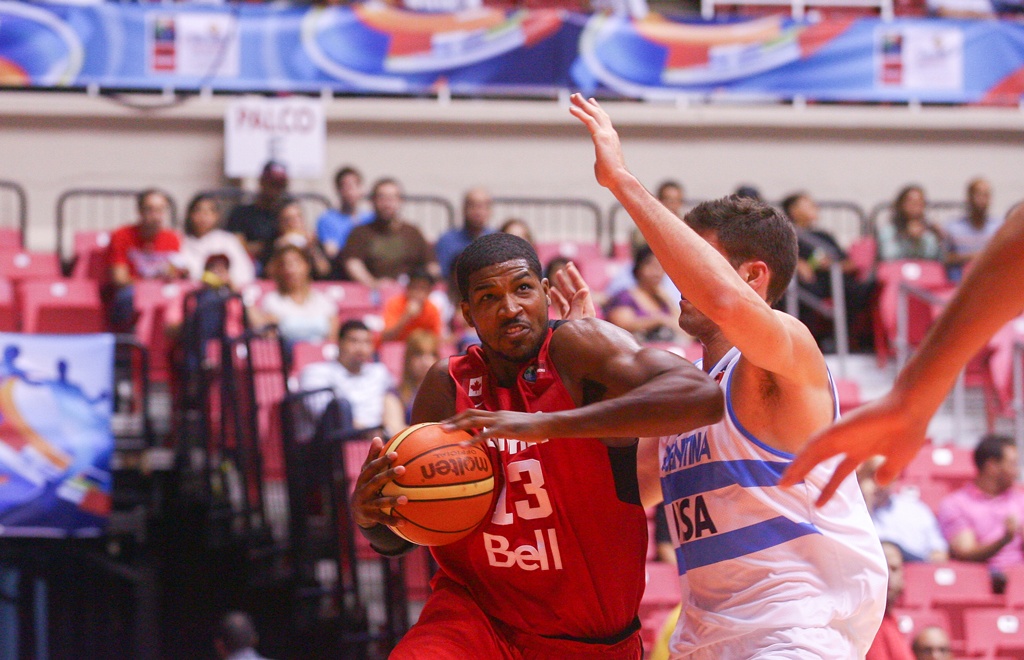 With the Canadians junior (U16) basketball team now set and ready to represent its country’s finest basketball talent in Bahia Blanca, Argentina. It is clear that Canadians are no longer getting overlooked for their basketball skills around the world. Having the two first picks in the last two NBA drafts (Anthony Bennett & Andrew Wiggins) it has definitely set the tone and confidence for the next generation of basketball players in Canada.

This being the first time the U16 Canadian men’s represent Canada internationally, it is fair to say that so far they have handled themselves really well. Their first 3 games have been won in dominating fashion team Canada beat Venezuela 84-55, Mexico 101-64 and they clinched their way into the U17 2016 FIBA World Championship by beating the team who is hosting the tournament Argentina, 76-62 Thus far the U16 Canadian men’s basketball team has certainly proven to the World that young Canadians are sure enough one of the best basketball talents in the world!

Despite the U18/19 Canadians Men’s team getting blown out by USA (113-79) for the gold medal in 2014 FIBA Americas games. The team still made history by making it the best finish ever for a Canadian men’s team, making them qualify for this year’s U19 2015 FIBA World Cup in Heraklion, Greece.

This team is full of future Division 1 talents who will attend top schools such as UNLV, Virginia Tech, Harvard, Oregon and so on. With these young men’s next step of getting recruited to a Division 1 school now in the books, the U19 Canadians will certainly play with less pressure, more maturity as five players return from last year’s team, like Dillon Brooks who led the tournament in scoring with 25.2 a game.

They will bring that extra experience and leadership needed. Despite this year’s expectations being a little higher it is fair to say that the Canadians U19 men’s basketball team will be ready and equipped for another great run.

As for the Canadian Men’s basketball team getting ready to participate in the Pan-Am games and the FIBA Americas in Monterrey, Mexico this summer. They too have a lot of expectations coming in with the addition of the two last NBA first picks Anthony Bennett and Andrew Wiggins and the improving Tristan Thompson, Cory Joseph, Kelly Olynyk and others. Despite lacking international experience with many new players the roster is looking a lot more promising than it has in the past.

They are all playing with a chip on their shoulder like Melvin Ejim former Iowa State player who despite having one of the school’s best individual season and earning a Big 12 Player of the Year honors did not get drafted in the 2014 NBA draft class. Also Anthony Bennett has not yet lived up to his expectations and Tristan Thompson who is looking for a higher contract that what he was previously given but rejected a 4 year 52 million dollar deal this past season. So it is fair to say that mostly all these Canadian players have something to prove and what better way to do it then by representing not only your name but your country!

Look out world! Canada is looking to take the world by storm this summer by proving to everyone that Canadians deserve respect when it comes to Basketball Talent!