Too big, too strong.

It was pure domination from start to finish as Canada’s U19 men’s basketball team clobbered Senegal 85-56 in their final group-phase match-up at the 2021 FIBA U19 World Cup inside the Daugavpils Olympic Center in Latvia.

On pace to lead the tournament in rebounding, seven-foot-four center Zach Edey (Toronto, Ont) recorded his third straight double-double with 18 points, 17 rebounds and 2 blocks. Edey scored Canada’s first seven-points of the game as Team Canada led wire-to-wire to improve to 3-0. Through three-games, Edey comfortably leads the tournament across all rebounding categories, double-doubles and ranks in the top 10 in field goal accuracy.

Billed as a battle of 7-footers between Zach Edey & Senegal’s explosive post player Ibou Bandji. Edey took the challenge personally by attacking the rim early often. Speaking with media following the game, Edey, a last minute cut for the Canadian senior men’s national team, believes he still has a long way to go before he becomes the player he wants to be.

Canadian starting point-guard Ryan Nembhard was stellar from the opening whistle, executing the offense to perfection with 17 points, 8 assists, 4 rebounds and 3 steals. The younger Nembhard drilled a deep three-pointer to close out the opening 20 minutes and put Canada ahead 50-26 at half-time.

In a game with plenty of rebounding opportunities due to poor shooting from both sides, Canada held a 61-55 edge on the glass and scored 27 points off of 19 Senegalese turnovers.

Canada has lost two out of the last three-games against Puerto Rico at the U19 FIBA World Cup.

“We’ll play anybody. It doesn’t matter. We’ll just show up. We know we can beat anybody in this tournament. We know that if we stick to our game plan, and we do what we need to do, it doesn’t matter who we play. ” continued Edey. 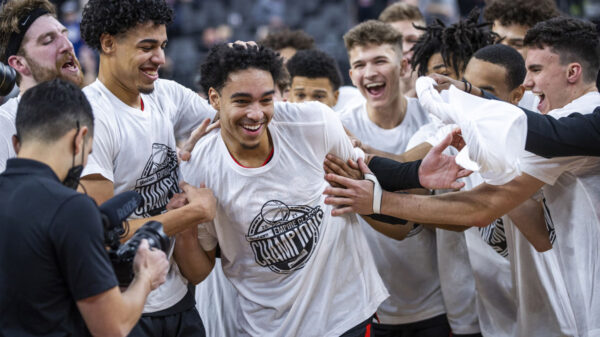