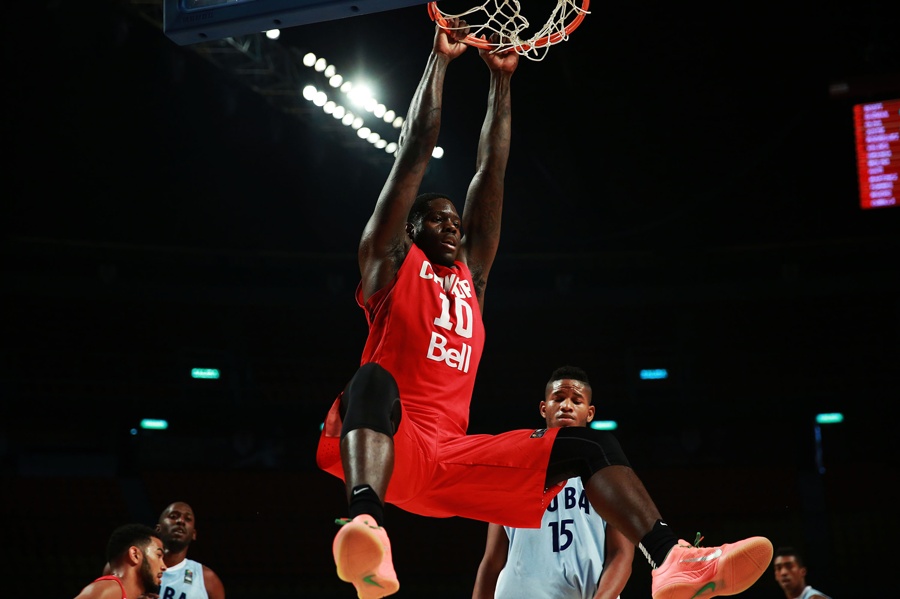 Those who call themselves the north listen up…

…a former Cleveland Cavalier top pick, straight out of Canada, who last season was traded for Kevin Love is looking to leave the ice of Minnesota for the cold of Toronto, as Wolf becomes Raptor and Canuck NBA player comes home.

Instead it’s his former club and country teammate Anthony Bennett who is reported to be following in the sneaker steps of fellow Canadian and BasketballBuzz cover star Cory Joseph, who left the San Antonio Spurs this Summer to join our nations sole franchise in the National Basketball Association since those Grizzlies left the building for Elvis’ town.

Clawing his way back home to the Raptors, it’s boom time for the first Canadian number one draft pick in history who is looking for new life in a familiar territory to avoid extinction.

Time for possibly also the first Canadian number one draft bust in history to bust through all the court and critical collateral damage his rookie dookie and sophomore slumping year has built up in two years of too many reasons to not see this guy as a star.

But you know what they say about a third time and after the charm of an inspired, impressive summer that worked out for the national team, things could look even better for the red and white Maple Leafs. This like the signing of Joseph to revolutionise the roster could be exactly what team and player need as well as want. But will Bennett see the sun in Toronto?

It’s clear this young Tony Bennett left his heart in Lake Ontario, but even if those CN Tower ceiling potentials have been grounded this kid could still have a diamond shining future with rapper Drake’s very own team on any given night.

What a time to be alive!

If you’re reading this its not too late. You don’t have to wait for a view from the 6 to see this. Bennett may have been on his worst basketball behaviour these past two calendars but these are just the trials and tribulations young people go through as boys become men. Bennett’s rookie campaign was anything but a Cavalier one, but his time as a Cav in Cleveland will always be remembered for him being the fine wine that lead to champagne fit for a King the following year. As LeBron James took over, Bennett was better off in Minnesota as a Timberwolf with a fellow Canadian that became Rookie Of The Year and could have been the future star of the King’s Cavs like he is now in Prince’s town of Minneapolis. Still Bennett wasn’t out of the woods until Minnesota waived goodbye and now released the Canadian Raptors look to take Anthony off ice in more ways than one. In the rebrand season up north in Toronto it’s his time.