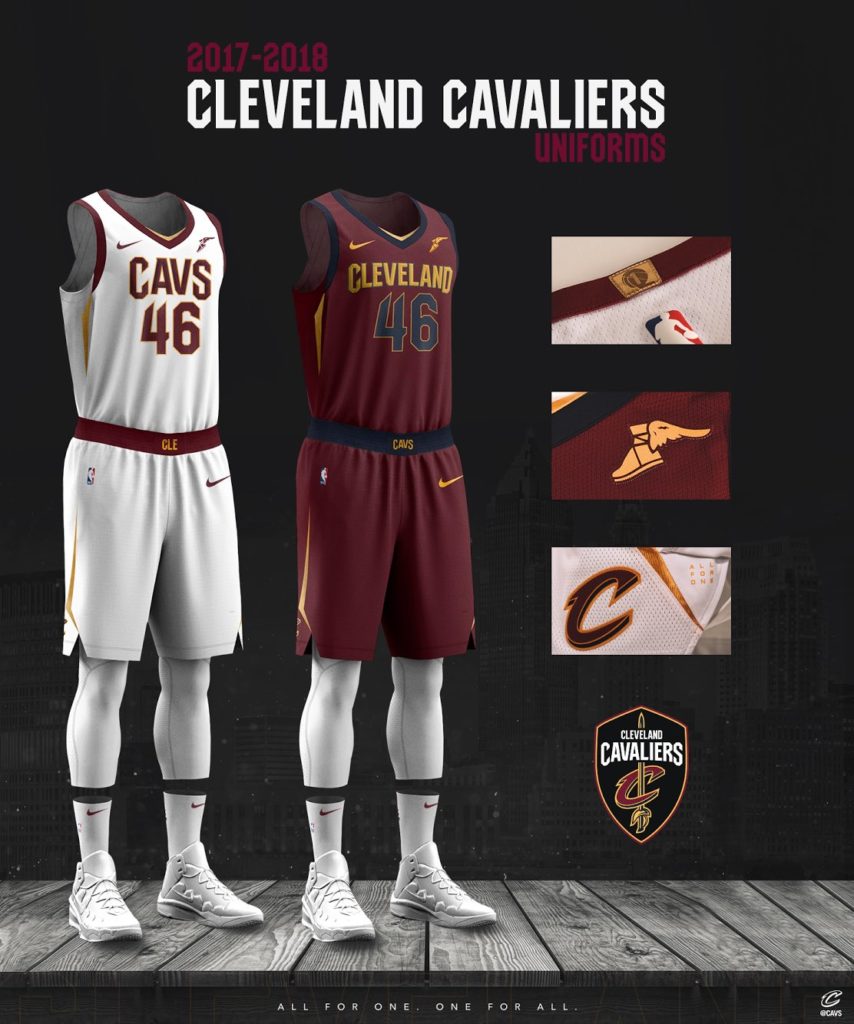 What ever happened to the term, “if it aint broke don’t fix it”?!

Because over in Ohio the Cleveland wine might have aged well, but the former champion Cavaliers have just given their gold a polish.

And they only really needed a spit shine. But they’ve just gone done and released some new jerseys with new NBA jersey partner Nike.

So now last years wonderful white and wine, home and road and all those beautiful blue, black and yellow amazing alternatives instantly become throwbacks for those special Mitchell and Ness, Hardwood Classic nights.

That is if Nike will let those old Adidas joints fly.

In what looks to be a swoosh surge release of new era apparel from the cream of the NBA crop under the Air of the Jumpman banner, after Indiana’s inspired uniform upgrade the Cavs continue to keep the ball rolling.

And in The Land you can believe in these new clothes no matter how classic last seasons instant vintage ones were across the line. These new Cavs cuts are distinctly Nike. The home jersey looks like last years one on a protein shake, muscled up upgrade. Whereas the single one for the road has accent threads that callback to Nike’s college years, providing the attire for the NCAA.

Launching this court collection on the internet in numbers 23, 0 and yes even 2 the Cavaliers have all the trimmings that keep Cleveland, the Cavs land. From all the gold and wine lining, to a new club crest and updated range of Cav logos and shields as they look to take their throne back from the Warriors this year. Look under the shorts and you’ll even see their Musketeer motto for the Big Three, “All For One And One For All”.

Must Read:
Vince Carter. Half Season, All Amazing

Time to draw your swords.

The Cavaliers have even seemingly solved the annyoying jersey sponsership issue too. As the team that are sponsered by the Goodyear tire company have adopted the brands wing-tipped logo to some sneakers on the right hand side of their shoulder pad. We’re sure the Jordan Jumpman over on the left with Nike may have something about that. Hey…at least it’s not the blimp. We’ll save that for Ice Cube’s Big 3 league pimped jerseys.

Still wanting to add to the one on the back of these jerseys necks, the Cavs are hoping for a real good year as they want these duds to be what they wear when they beat the Dubs. This is a start and it’s a good look tailor made for a King.

But is it fit for a Kyrie?