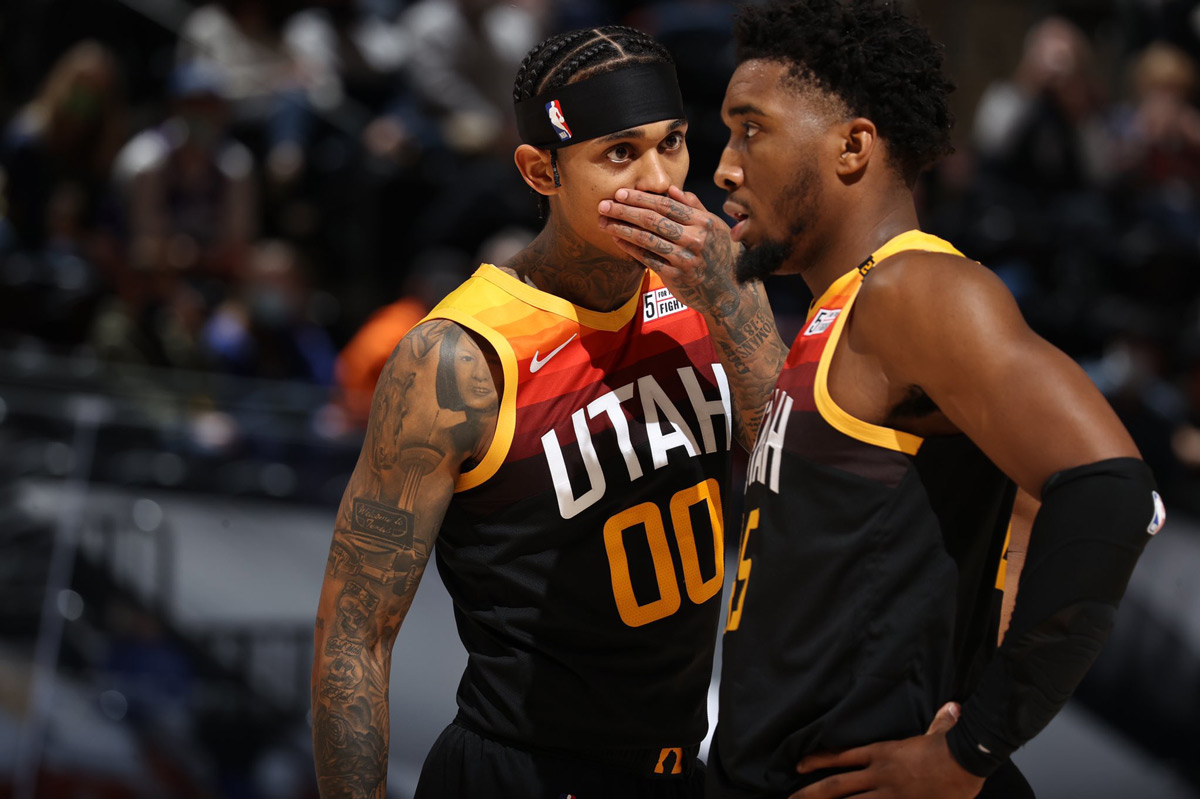 I’m sorry ‘Trez, but for all the hustle and heart you have, you won’t be repeating as ‘Sixth Man Of The Year’ this season.

Instead a former Los Angeles Laker will be rewarded the award for freshest off the pine.

Back in 2017 we asked, ‘Could Jordan Clarkson Be Sixth Man Of The Year’? Turns out we were almost a half decade too early. But even after the first few weeks of the season, it’s not too early now. It ain’t hard to tell like a Nas song. This guy is shooting.

He knows he can be all he wants to be and win this award. Working hard at it, Jordan Clarkson is a big reason out why the Utah Jazz stand at 23 and 5 in the Wild West after this shootout.

When double nickel hits from downtown it’s like rubbing salt in the wounds of all the opponents and the Laker haters who said “trade the kids” like Magic.

Following D’Angelo Russell and Brandon Ingram’s All-star breakouts over the last few seasons, more of the former purple and gold youth have had their time to shine like Lonzo Ball and Thomas Bryant. And tonight at the same time as Jordan hit 40 like Michael, his former Hollywood teammate out in New York, Julius Randle had 40 too.

The King may have the championship and the throne, but these kids are the future of this game.

Donovan Mitchell (24 points) doused Clarkson with bottles of water after his class act. It’s hard to believe it would be all good like this after we look at what it was like just a year ago.

Rudy Gobert contracted coronavirus, touched a load of press microphones as a joke when he didn’t know how serious it was, gave it to Mitchell and the league and the rest of the world shut down soon after. Life has never been the same, but the ‘Spida’ and the ‘Stiffel Tower’ have made up and made long term commitments to stay in Salt Lake as one of the best offensive/defensive, one-two punches in the association.

But this combo needs their Sixth Man like meal sets need a drink to back them up and help wash the opponent down. A bench, glue guy sponge who used to learn from the ‘6 God’ Lou Will in Lakerland.

40 points to pace the Utah Jazz to a 134-123 win over Philly and an almost triple/double from Ben Simmons (42 points, 12 rebounds and 9 assists) is no easy task…especially coming off the bench. No one has done it in this little time (30 minutes) since 1991. Yet we all know the three-ball will get you there quicker and Clarkson’s is purer than buckets of Poland spring water. Microwave set to nuclear. As sunny as those bright, jazzy color chart jerseys he lit it up in. Eight made for the Jazz’s eighth straight win ona 19 and 1 run is music to Utah’s ears and the nylons swish.