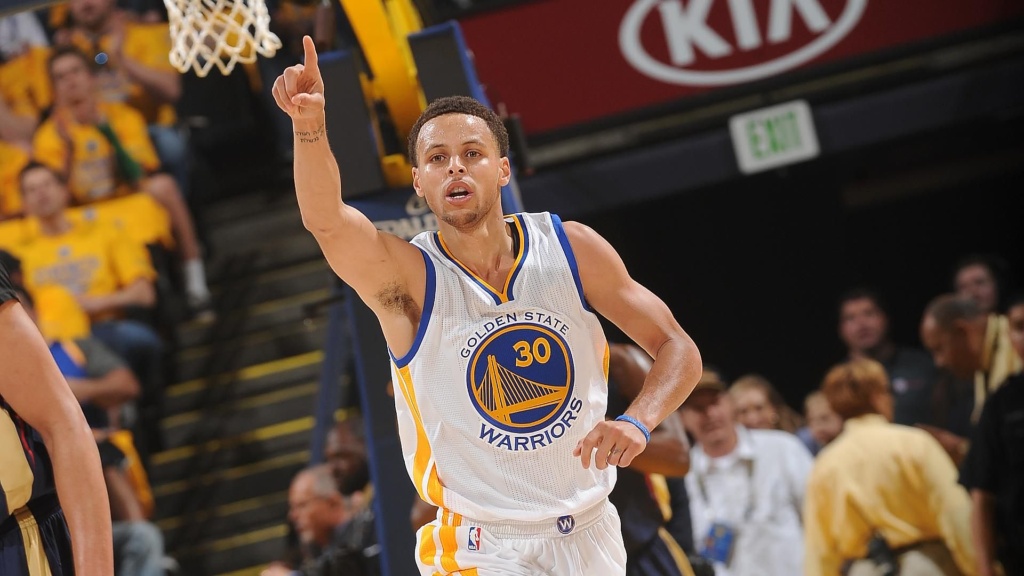 Dub the Golden State Warriors NBA Champions right now, because we’re not sure the Houston Rockets can rise above this.

Grounded 115-80 and blown out of all their rocket fuel-even back at their Toyota home base-are these guys cooked and forked done? Houston may not cross that bridge back to Oakland again to face Golden State past the Golden Gate. Because down 3-zip, Houston are feeling the effects of gravity and have a big elimination problem.

Houston may hate this number sequence right now but they definitely don’t want to go fourth like Star Wars fans celebrating the start of the month of May. In this baby versus bearded face battle of this years best players in the NBA, the MVP Stephen Curry came on top once again. Telling one fan, the whole arena, franchise and city of Houston to “sit down” as number 30’s 40 points and seven big-battling threes took this Warrior above the cut of James Harden.

Stir that pot all you like Big Game King James, Chef Curry’s the one really cooking right now and it looks like the down Houston Rockets and almost out Dwight Howard (posting an impressively inspired double, double of 14 in both points and boards on an injured knee) are about to leave the kitchen and series.

Can anybody stand the heat?

Even ex-Miami star LeBron James and his Cleveland Cavs will have trouble with these rocks being thrown at their Cavalier Castle. With the league best Atlanta Hawks at the guillotine the King looks to take a new throne, but from his castle walls needs to see that moat between him and the people is made of Pacific waters…with sharks in.

Sure both Conference Final series’ are far from over, but as your Eastern and Western reps look to be the Dubs and Cavs can you really see the once crowned king taking the gold off this Warrior State? This is how the West has won. Its no longer an old San Antonio or Los Angeles Laker dynasty big man game. Its the small man, Point Guard world and generally speaking one with more to their game than perfect passes and picks that roll.

Must Read:
Cedric the Entertainer

Just like big threes. Like Curry’s. Like his perfect partners and brothers Klay Thompson and Draymond Green having 17 a piece (just like Harden). Splash! Just like a coach who knows all about these big threes, Steve Kerr stating it like it is. It’s just “Steph (being) Steph”. The MVP being the MVP. The champion being…well you know the rest…