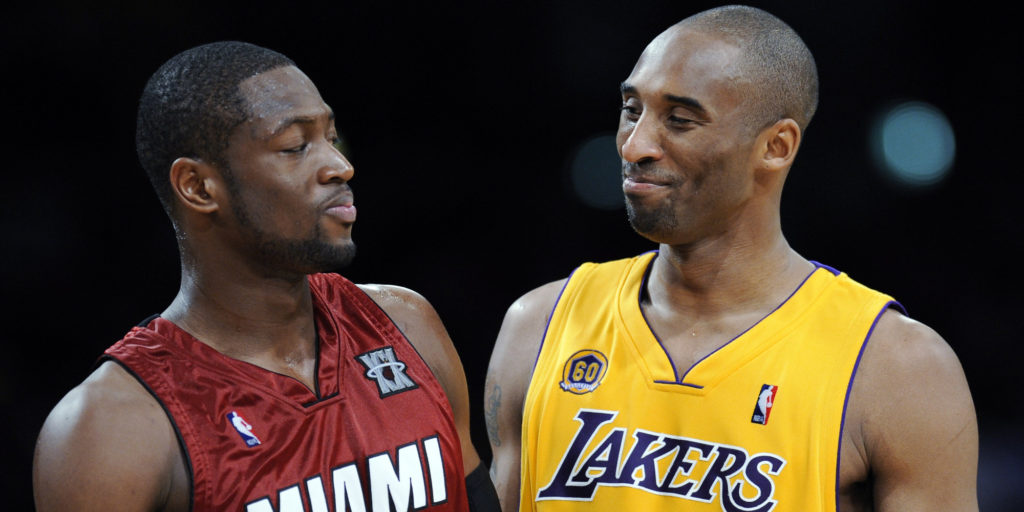 Will Wade’s World Land In Lakerland?

Could someone else be taking their talents away from South Beach?

If you thought the King leaving his heated throne in Miami to return home to Cleveland was crazy then…WAKE UP! It’s been a year and the Cavaliers are in the Finals already! Seriously though, with LeBron gone and replacement Luol Deng and Chris Bosh rounding out the rest of the big three, the vacated throne in Miami has belonged back to the guy that was the man in South Beach for what seems as long as when Will Smith was singing about “bringing the heat”! A guy who was a champion here before James. An even bigger Heat legend than Shaquille O’Neal or even Alonzo Mourning.

But could Dwayne Wade be making a decision that may see him finally leave the Florida sun?

Wade may opt for better climates than his hotter one this Summer as the Heat seem to be cooling on the ageing and injury prone superstar. Or at least the 16 mill and change they owe him over number 3’s next three seasons.

Mr. Gabrielle Union may not be top five anymore, but he’s still among the best…and we’re talking about ever. So surely D-Wade will attract a lot of attention in this open, second season free agent market over the next few months. Even if he is 33, he’s still averaging 21.5 points, 3.5 rebounds and 4.8 assists a game. Sure the Heat where frozen out of the playoffs this year, buy they came close to the boil though thanks to their simmering star.

Crazily though according to sources around the league, one squad that could land Wade, could be the Los Angeles Lakers of all teams. No one would have thought that back in the brick wall and corvette days when Shaq swapped his Kobe sidekick for Dwyane. Now after the retirement of Steve Nash and the potential one of number 24 soon, everyone believes the Lakers are in the market for old guards.

Must Read:
Westbrook For Wall. Washington's 'House Of Guards' Reshuffles

Still it looks to be a young future in Hollywood, as the number 2 pick in the forthcoming draft, looks to join top rookies Julius Randle and Jordan Clarkson. Along with the rumoured shopping list of free agents from the long time connected Kevin Love and Rajon Rondo, to the likes of LaMarcus Aldridge and Jimmy Butler and their former draft pick Marc Gasol (who they swapped for some guy named Pau) who could soon make Los Angeles their STAPLE home if rumours have it.

Still with Wade they could add another valuable veteran, who is still an All-Star and a player, who with Kobe could do even more than be the best mentorship for the changing of the guard to surprise star of the future Jordan Clarkson. If this signing is sealed you may as well engrave the ‘Sixth Man Of The Year’ trophy right now with Wade’s name. Because imagine his contract as an insurance policy coming off the bench for Kobe and his limiting minutes. Than the Lakers would have an unstoppable guard rotation for whichever best player in the league their going head-to-head with for 48 minutes each night.

It would be a selfless sacrifice worthy of another championship and when those two finally get together in the same backcourt? Best ever!

When two corvettes ride together you don’t even have to worry about brick walls…even ones made out of contract concrete.

Time for the Lakers and Wade to sign and suit up!