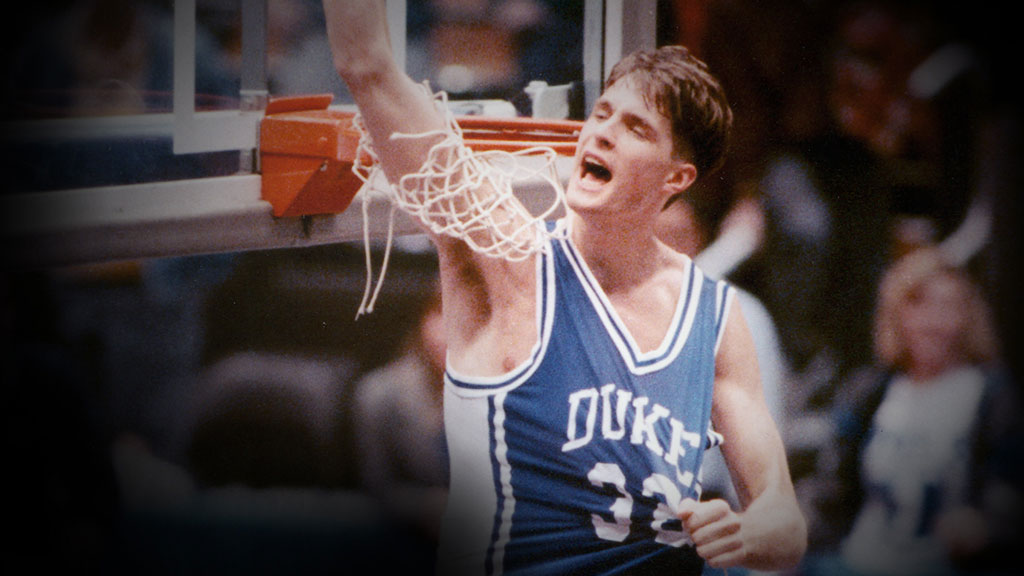 Apologies to my family in Kentucky, but you just have to love this guy.

Christian Laettner’s NBA career-from Minnesota to Miami-may have amounted to as much as a former hot star, flaming out as a journeyman looking to collect as many boo’s as frequent flyer miles, but this kid was one of the greatest collegiate players of all-time. Even bitter, Michigan Fab Five rival Jalen Rose attests to this fact.

So in a March Madness, NBA rivaling, NCAA, top flight, commercial, televised college game this kind of technically makes him one of the greatest players to ever play the game of basketball. The Devil of Coach K’s Duke that left every opponent blue in a Cinderella pretender dress will even let you hear it.

Hate him now, but there’s a thin line between love and hate. To some it’s one and the same. And in this game and entertainment league of competitive sports you need this. Just hear him say it. Everybody loves the bad guy. The villain. From Reggie Miller to the Joker. Every Superman needs his Lex Luthor. Even if this Luthor is stomping and kicking around like a bully. Making gestures to the crowd with his chin, whilst wearing the victory, scissor cut down netting from the hoop of the Final Four round his neck, like he was a rapper rocking a gold chain. Laettner may have looked like a do-good, pretty campus boy, but he knew swag. He knew confidence. He knew cocky. They saw arrogance. They saw obnoxious.

Well now we can all see ‘I Hate Christian Laettner’. Like all those ‘I Still Hate Laettner’ t-shirts round the UK, with his ‘Love’ response and his now tongue-in-cheek sportsmanship shown from hilarious photo ops. Kicking it with rival fans, whilst cleaning up the Rupp Arena floor like he used to do as a player, but this time with a towel. Now all that’s thrown in, this ESPN documentary narrated by ‘West Wing’ actor, fellow 80’s pretty boy Rob Lowe looks back with nostalgic retrospect and keep your enemies closer respect.

In the classic ’30 For 30′ series which has offered us great documentaries from the Michigan ‘Fab Five’ to the Detroit Piston ‘Bad Boys’, this new episode that premiered aptly last weekend is one of the best. Even amongst the story of Magic’s announcement, Michael Jordan’s retirement to baseball and the moving eulogy to who could have been the next Celtic great in Len Bias. With inspired influence from Laettner himself and his Duke Blue Devil times from the fire to the prongs of what was at stake this right now could even rival the Showtime of Kobe Bryant’s ‘Muse’ as the two legendary, greatest competitors of all-time go head-to-head for new television ratings.

Now you hate me to say it, but that’s something everyone can love!

In this article:30 for 30, Christian Laettner, Duke, ESPN 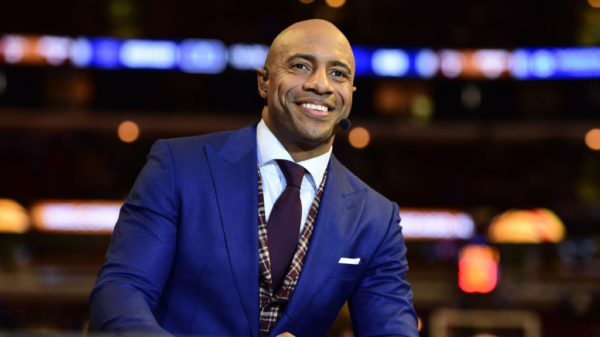 Jay Williams’ ‘Life Is Not An Accident’ Memoir Reinvents The Game

What could have been. It’s the NBA’s multi-million dollar question. And there’s plenty to go round. What if Portland drafted Jordan instead of Sam...