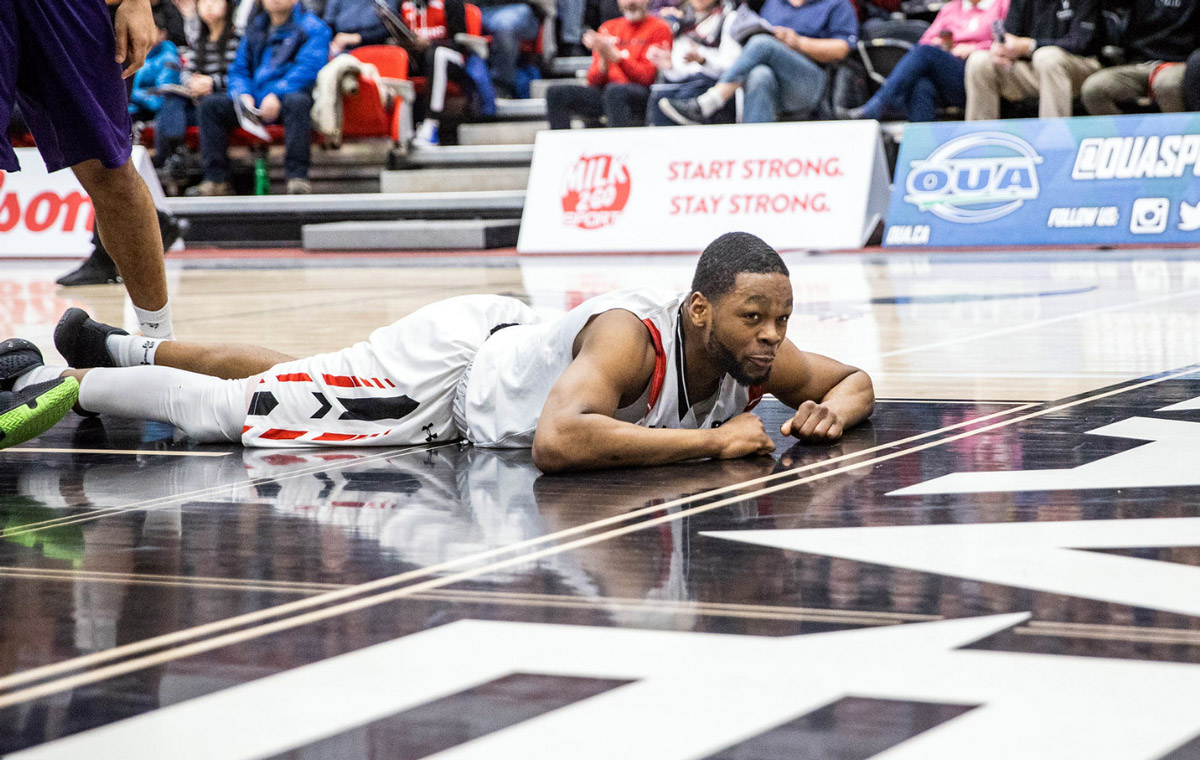 The 2020 U SPORTS Final 8 Basketball Championships are set. The committee announced the seedings for the upcoming national championships in Ottawa.

No. 1 Carleton Ravens vs. No. 8 Calgary Dinos

The Carleton Ravens earned the No. 1 seed after winning their third-straight OUA championship banner and will play the No. 8 Calgary Dinos in a rematch of the 2019 national title game. This will be the sixth time both teams have matched-up in a national championship dating back to 1966. Carleton holds a 4-1 edge — the lone defeat a 83-68 loss in the semi-finals in 1966. Overall, the Ravens have won two (2016, 2019) of their 14 national trophies at the expense of the Dinos who reigned supreme winning their first title in 2018 when Carleton came-up short in the national semi-finals to the Ryerson Rams.

No. 2 Dalhousie Tigers vs. No. 7 Ottawa Gee-Gees

The Dalhousie Tigers coming off their fifth AUS championship in the last six seasons were awarded the second seed and will play the tournament hosts and No. 7 Ottawa Gee-Gees. The Tigers and head coach Rick Plato have been the creme of the crop of the AUS for the past six campaigns and will look to take the next step after falling to advance past the semi-finals the last two seasons. The Gee-Gees come in banged-up at the point guard position, opting to rest their all-conference point-guard in their last game in preparation for the Final 8. The Dal Tigers sent the Gee-Gees crashing out of the quarter-finals at the 2016 championships.

No. 3 UBC Thunderbirds vs. No. 6 Bishop’s Gaiters

The UBC Thunderbirds locked-up the third slot, making the improbable run to earning another Canada West championship. They will face the upset-minded RSEQ champions Bishop’s Gaiters in the quarterfinals. The Gaiters have won their last five games and return to the Final 8 for the first time since 2015. Both teams are fairly familiar with each other despite being four provinces apart — as Bishop’s has made preseason treks across the country to play in on the UBC Invitational in Vancouver. The Thunderbirds have won their two recent encounters — 99-92 on October, 6th 2017 and previously 87-75 in 2012.

No. 4 Alberta Golden Bears vs. No. 5 Western Mustangs

The Alberta Golden Bears get slotted at number four and will kick-off the championships against a tough No. 5 Western Mustangs. Both teams qualified for the big dance as runner-ups of their respective conferences. The Golden Bears are making their third consecutive trip to nationals and will be looking to advance to the semi-finals for the first time since 2014. Alberta knocked off Western in the 2002 championship game to win their third and most recent national title.

Overall the Ravens have a tough road to winning their 15th championship as they will have to get past a Calgary Dinos team that was ranked in the top 5 for most of the year and finished the season with an 18-2 record in Canada West and 27-11 overall. Should they survive they will get the winner of Alberta/Western in the semi-finals before a potential date against either Dalhousie Tigers or crosstown rivals Ottawa Gee-Gees.

Alberta and Western will get the quarter-finals rolling at 1:00 P.M, followed by Calgary and Carleton at 3:00 P.M. The evening session will feature the Thunderbirds and Gaiters’ at 6:00 P.M with the hosts Ottawa Gee-Gees closing out the opening day against the Dalhousie Tigers at 8:00 P.M.

Canadian basketball fans are in for a great weekend of exciting action as both the men’s and women’s Final 8 will be held together in the same city for the first-time. Furthermore, the respective list of qualified men’s teams’ features six schools that have previously won a national title — only the Gee-Gees and Dal Tigers are without a championship, but both have been knocking at the W.P. Mcgee’s front door.

2020 U SPORTS Final 8 Basketball Championships will kick-off with the women’s bracket on Thursday March 5 and will run until Sunday March 7th at TD Place. The Men’s tourney gets under way on Friday March 6.

The City of Ottawa previously hosted the Final 8 tournament on five occasions — three consecutive years from 2008-2010 and once again winning the hosting rights for 2013 and 2014. The Ravens’ have earned three-titles on home-soil with the Brock Badgers’ stunning the nation in 2008 and the Saskatchewan Huskies denying UBC in 2010.

Ben ForrestApril 13, 2020
Do NOT follow this link or you will be banned from the site!