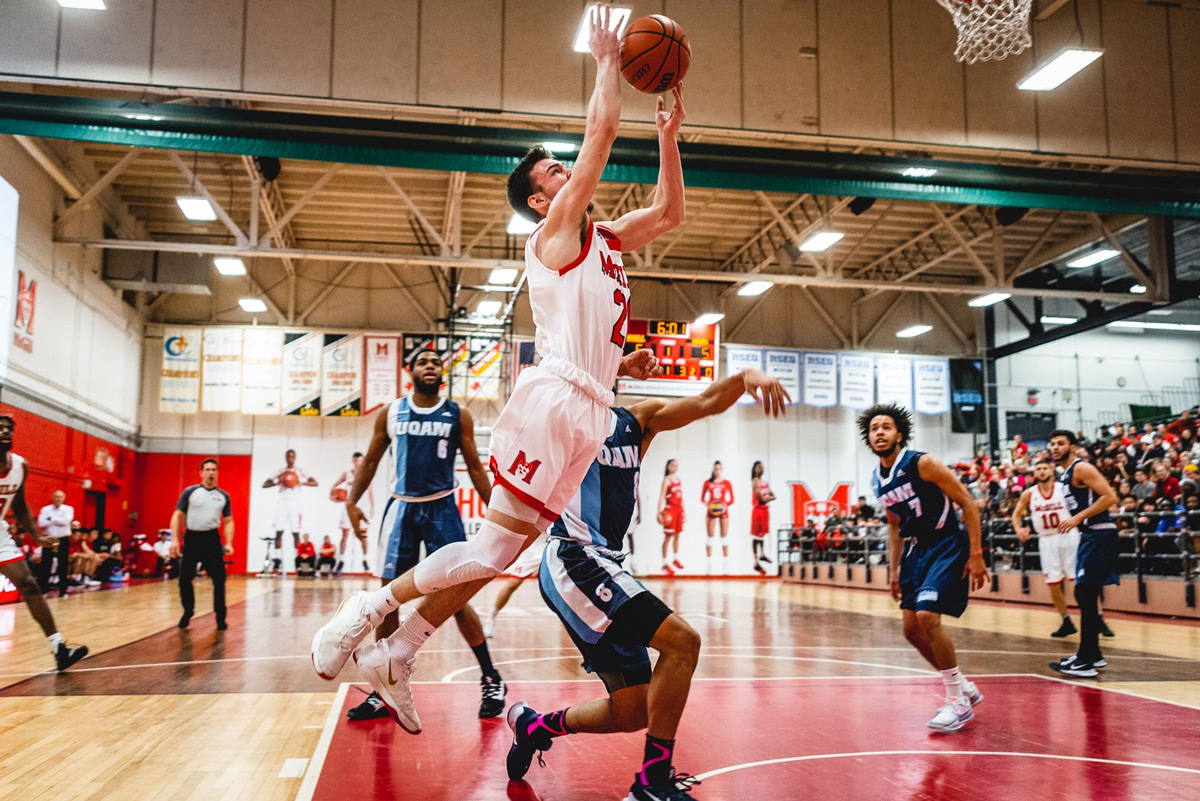 McGill's Sam Jenkins drives to the basket in against UQAM Citadins during 2019-2020 season. Photo by Matt Garies/McGill Athletics

McGill University is renaming its men’s varsity teams and distancing itself from what’s seen as a hurtful past, when its teams were colloquially referred to with racist slurs.

The Montreal-based school, Canada’s top-rated medical and doctoral institution, announced today it will rename its men’s teams the Redbirds, dispensing with the former Redmen moniker.

“This decision was the culmination of extensive consultation, debate and deliberation,” said Fabrice Labeau, co-chair of a committee in charge of renaming the teams.

“While several names emerged as top choices, in the end the Redbirds rose to the forefront for its strong links to both the past and present of McGill Athletics and Recreation.”

Although “Redmen” was not initially a reference to Indigenous peoples, it gathered those connotations in the 1950s, when the school’s men’s and women’s teams were nicknamed “Indians” and “Squaws.”

McGill said the Redmen name caused pain and alienation for Indigenous students, and dropped the moniker in April 2019.

A lengthy search for a new name received more than 1,238 submissions, but the school settled on Redbirds due in part to several historical links.

“I have little doubt that the men’s varsity athletes will continue to achieve greatness as they write this next chapter,” said Hubert T. Lacroix, co-chair of the naming committee.

Must Read:  Empire State Of Sabrina

“Our varsity teams are a vital part of the McGill community and experience, and I am confident this new name is one that we can all be proud of.”

The school’s women’s varsity team is named the Martlets, after a fictional bird that appears in the McGill crest.

James Naismith, who invented basketball while working at a YMCA training school in Springfield, Mass., in 1891, is a McGill graduate.

He was the school’s first director of physical training, appointed in 1889.

Naismith competed in gymnastics and rugby-football as a student at McGill, and was named the most outstanding athlete in his senior class in 1887.

Do NOT follow this link or you will be banned from the site!