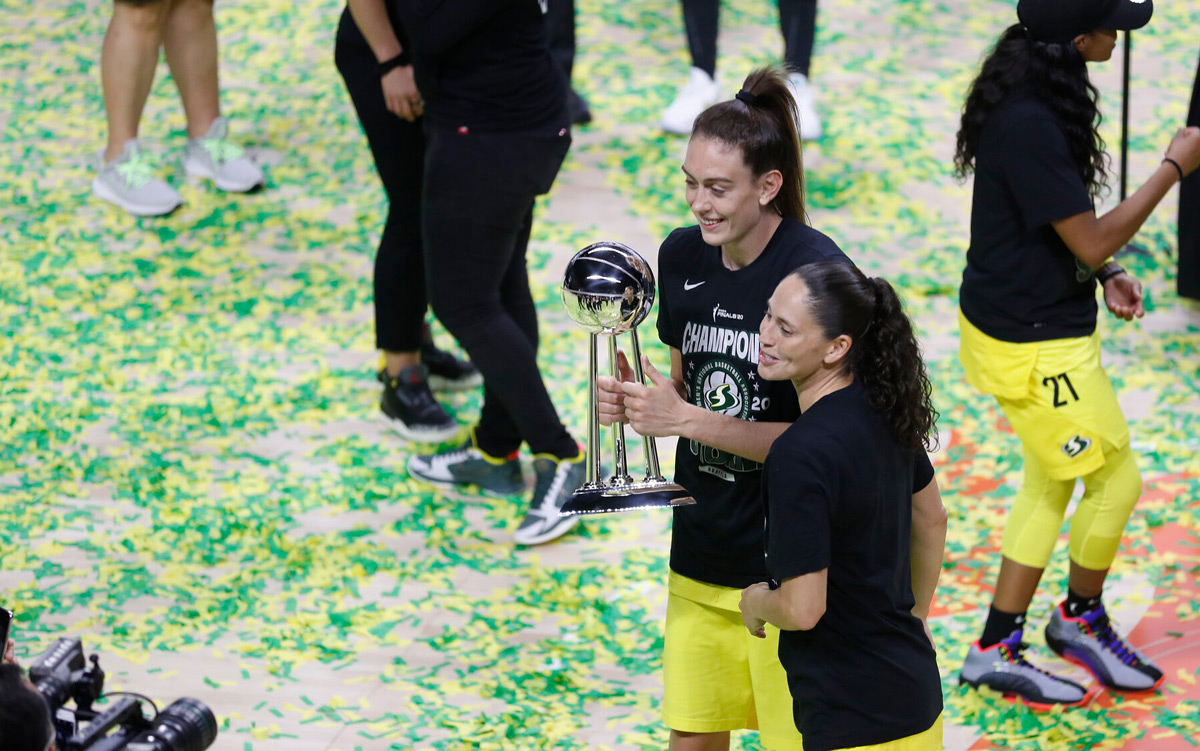 Like a Serena Williams serve, icon Sue Bird and your new WNBA Champion Seattle have aced Las Vegas in the final game of the 2020 finals series.

Three games to nothing…and that was all she wrote.

We told you there was a Storm coming.

Breanna Stewart told rapper Joe Budden and everyone that said, “Seattle deserves a basketball team” during the Michael Jordan and Chicago Bulls documentary, with memories of Payton that they, “already have one”.

Now how’s this for a last dance?

All for Breonna Taylor like this WNBA sister season to the NBA’s Bubble, that has led the way in social justice and the fight against coronavirus in this Wubble.

To witness King James against his former Miami Heat in the NBA Finals at the same time as the WNBA one has been a joy. What a time to be a hoops fan in this year were we are all just trying to stay alive.

Now if only they could bring a Supersonic team back to Emerald City with the speed of a Shawn Kemp fast-break for more jewels like Loy, then the balance of power will truly be restored.

Save our Sonics, but cherish the Storm like dancing in the rain, because Seattle basketball is here to stay.

One Sonic championship in 1979?! Can you count to four like Kobe to five? As “better GOAT” Sue Bird almost has a handful. You’ve got to give it to her. Basketball legend in either league.

Now with the Storm in hoop heaven like the Basketball Gods, even the stratospheric Space Needle illuminated in green for the cities basketball team can’t reach the heights of this.

Rolling Las Vegas out with the chips down in a 92-59 win, the Storm brought out the brooms and showed the world that the women’s game doesn’t belong in the kitchen like pro athletes shouldn’t just stick to sports. Man, how this game is growing like the same name of legends like Larry. Flying like a Bird, but it’s not a plane. It’s Superwoman.

Bird handed out 5 assists like seed to go along with her 7 points. Planting another one that she’s not done. Even if 40 is on the horizon. So is next season and the Tokyo Olympics, if they ever happen.

The real MVP like former Sonic, Kevin Durant’s mom — however was Stewie. Breanna making confetti angels in champagne goggles had a big 26 points. Whilst Jewell Loyd (anyone catch the commentator in Game 2 saying (“Loyd banks it off the glass?” Get it? Lloyd Banks!) had 19. Emotionally, number 24 dedicating the chip to Kobe, GiGi and Breonna.

Vegas still played valiantly however, as they didn’t hold all their cards. Including the hands of high rolling superstars Liz Cambage and Kelsey Plum. Still, legend Angel McCoughtry played as hard on court as she did campaigning for social justice on the sidelines. It was the former Atlanta stars dream to put social statements on the back of players jerseys. All credit to her.

Most Valuable Player A’ja Wilson had 18. Inspiring black girls worldwide like her Players Tribune piece has. Showing the never say die attitude she had under college coach Dawn Staley at the University of South Carolina. Which you can see in Netflix’s final episode of ‘The Playbook’ streaming right now.

As one world champion, Team USA soccer captain Megan Rapinoe ran on court to embrace her partner, that was the tea for this coffee city.

Now Seattle joins the Minnesota Lynx and the Houston Comets with an all-time leading four WNBA championships. A three-way tie the Storm should soon lead. Unless Maya Moore returns. Or the Comets come back like the Sonics.

The season may have been shortened but after all the big efforts all these players and personnel went through in this long game, there’s no asterisk here. Just a couple of stars and one trophy that shines brighter than the peak of the Space Needle in the magic hour.

Now it’s time to watch the other finals. 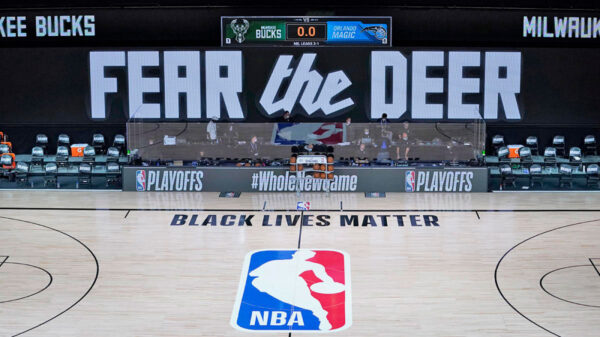 The Bucks stopped the NBA here. Along with the Magic, in Orlando. If you want to know why all the players aren’t taking the... 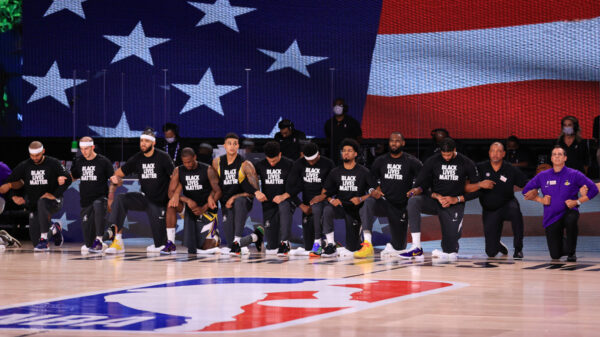 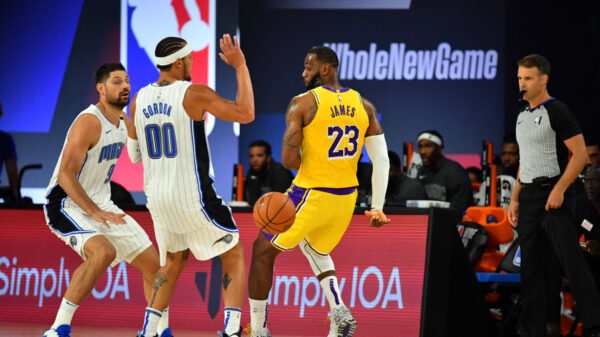 Basketball is back in the Bubble. What it do baby! Haters will say it’s not the same…but what is in this brave new world?...

Tim David HarveyJuly 26, 2020
Do NOT follow this link or you will be banned from the site!