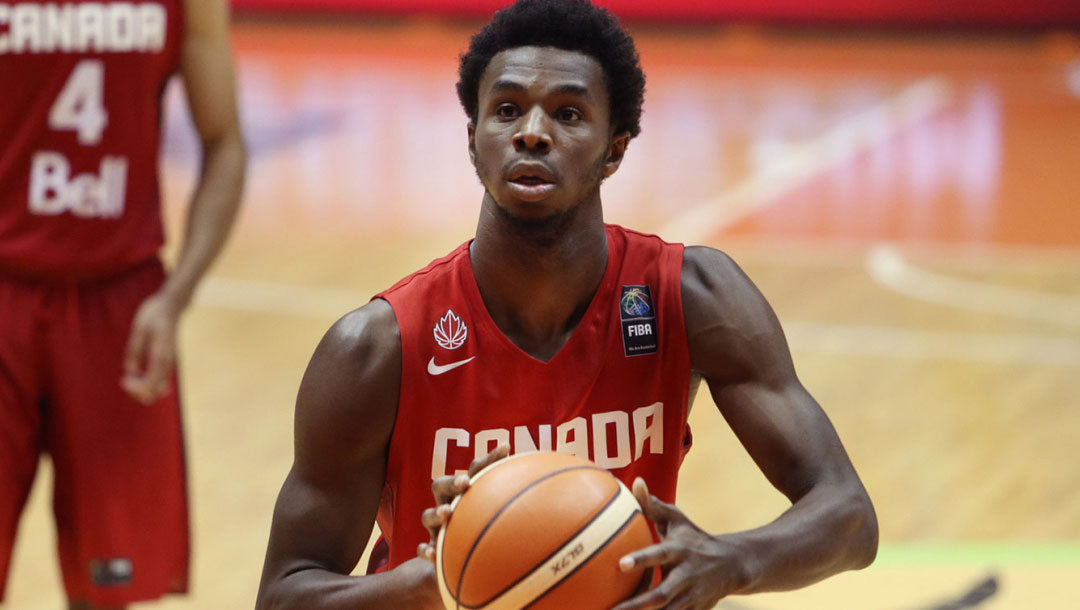 Following a six-year absence from the national side, Andrew Wiggins has committed to play for Team Canada at the upcoming 2021 FIBA Olympic Qualifying Tournament in Victoria, British Columbia.

As a 20-year-old rising global star, Wiggins last represented Canada in 2015 at the Tuto Marchand Cup and FIBA Americas Qualifier. Despite a formidable 8-2 record, Team Canada failed to qualify for the 2016 Rio summer games in Brazil — dropping a controversial 79-78 game to Venezuela to finish in third-place. Wiggins finished as the team’s leading scorer, averaging 15.1 points, 4.4 rebounds and 2.3 assists in ten games.

Frustrated by the outcome of the events that resulted in Canada’s failure to qualify for the Olympics, Wiggins opted out the 2016 FIBA Olympic Qualifying Tournament in Manilla and the 2019 FIBA World Cup to focus on his NBA career and his young family,

Overall, Wiggins has played a total of 27 games for Team Canada and has been the top scorer in three of the four tournaments he has participated in — the exception, the U17 championships where he was the youngest player in the tournament as a 15-year-old.

Since then, the former number one pick of the 2014 NBA Draft has transformed himself into arguably Canada’s best NBA player since two-time most valuable player Steve Nash. The former rookie of the year holds the highest Canadian point per game average in the NBA at 19.5 points per game in over 525 career games.

A change of scenery, from the Minnesota Timberwolves to the Golden State Warriors, has proved fruitful for the seven-year veteran. In his first full season with his new team, Wiggins helped Golden State to a surprising 39-33 win-loss record — finishing as the Warriors second leading scorer at 18 points, 4.9 rebounds and 2.4 assists while shooting a career best 38.0% percent from three-pointers.

Canada will have one last opportunity to end its twenty-plus-year Summer Olympics drought when they host one of the last four 2021 FIBA Olympic Qualifying Tournament in Victoria, British Columbia from June 29-July 4.

Led by Toronto Raptors head coach Nick Nurse, Team Canada is expected to field a strong team comprised of mostly NBA players. Canada is coming off a poor showing at the 2019 FIBA World Cup where it finished 21st out of 32 teams with a 2-3 record.

With just under six weeks to go until the crucial qualifying tournament, Wiggins’ early commitment is exactly what Team Canada needed. The now 26-year-old’s decision, is expected to have a ripple effect and help convince other NBA players to sacrifice their summer months for the opportunity to return Canadian basketball to the international podium.

Multiple Canadians in the NBA have expressed their intent to play for Canada this summer, including Montreal’s trio of Luguentz Dort, Khem Birch and Chris Boucher. Longtime national team member Kelly Olynyk has also indicated his intentions to represent the red and white after being forced to miss out on the World Cup due to a knee injury.