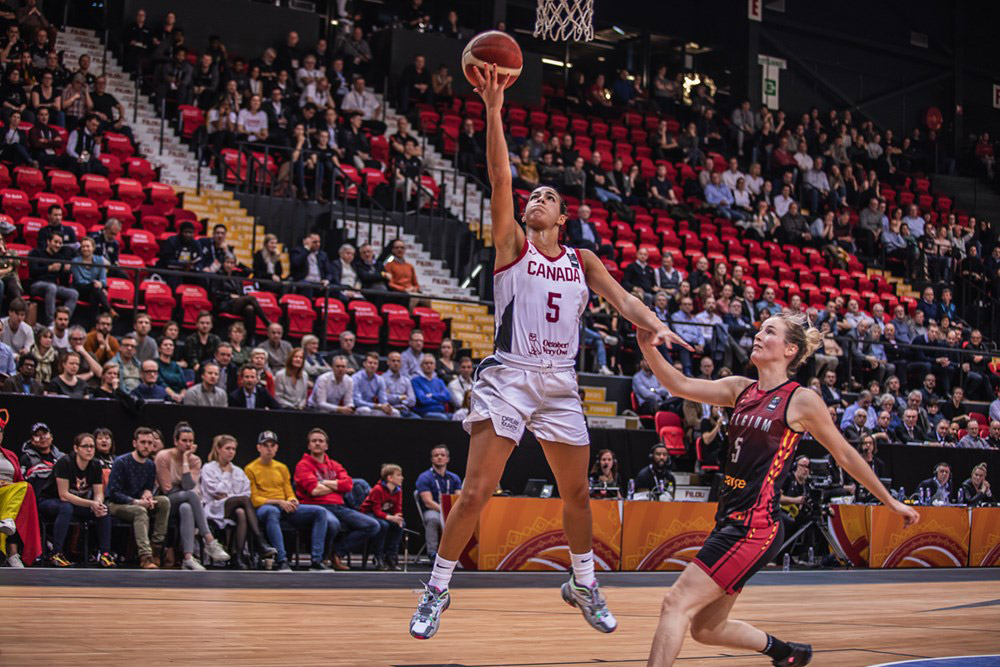 kia nurse canada beats belgium one win away from tokyo 2020

Canada, ranked no. 4 in the latest FIBA World rankings trailed for less then two (2) minutes before taking control of game mid-away through the second-quarter — pulling ahead for game-high 16-point lead at 30-14 in the late stages of the first-half. Behind a terrific and supportive home crowd, combined with sloppy last 1:48 minute by Canada allowed the Belgium team to close the half on 9-0 run — trimming the Canadian lead to 30-23 at half-time.

Kia Nurse scored a game-high 19 points, dished out 3 assists and captured 3 steals. Kayla Alexander had an outstanding game, banging inside for 12 points and 3 rebounds. Nayo Raincock-Ekunwe also contributed with 7 points, 6 rebounds and Shaina Pellinton came-off the bench — adding 7 points and 4 rebounds. Natalie Achonwa was effective on both ends of the court providing a spark with 6 points and 3 rebounds.

Canada outscored Belgium 26-8 in the paint and showcased it’s depth, scoring 24 points off the bench.

Canada (1-0) will take on a Sweden (0-1) in their upcoming game for an opportunity to qualify for their third straight Summer Olympic games.