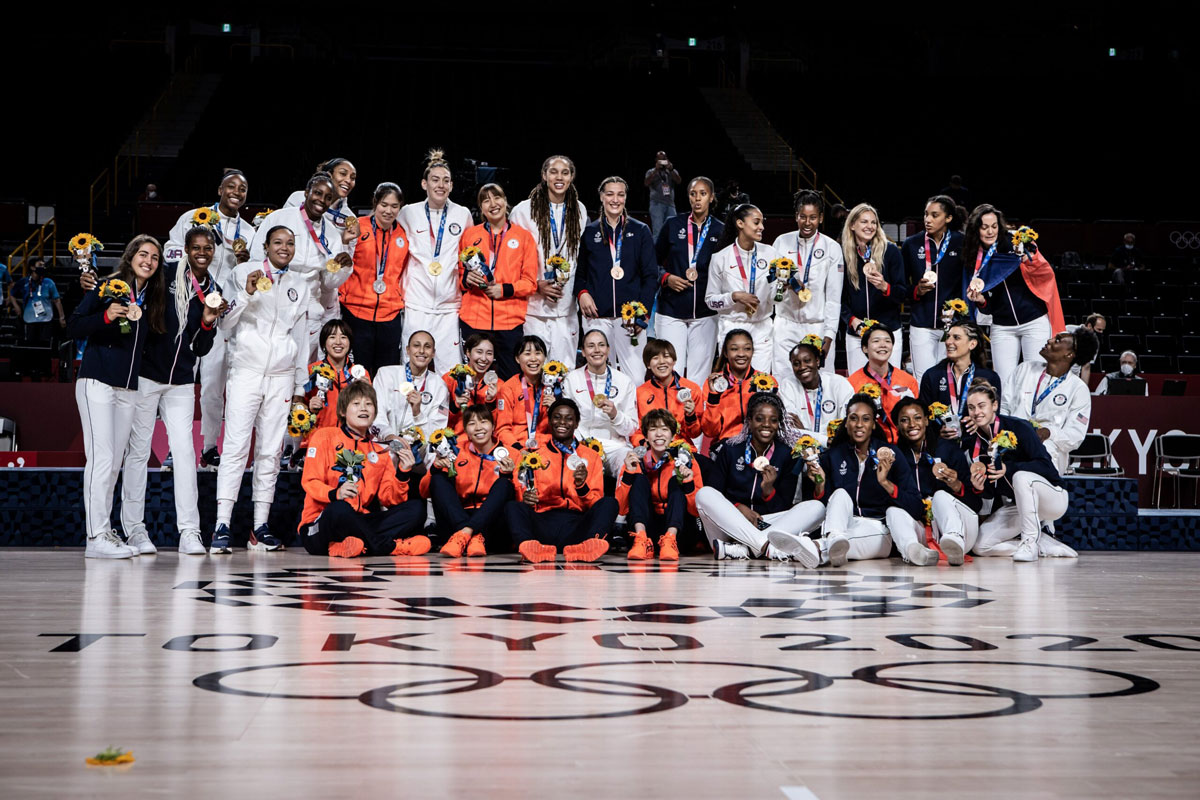 ‘United By Emotion’ and the perfect photo-op reminiscent of coming together in Rio, Team USA won their seventh straight gold medal at the Tokyo 2020 Olympics against host nation Japan at the Saitama Super Arena, Sunday.

Concluding all the basketball business held on court from the concrete to the canvas of camel colored wood. From the inaugural Olympic introduction of the 3×3 tournament that the US women’s team also won, to last nights meeting of the men were the US beat France.

It’s all stars and stripes for gold, but take a look at the rising flag of a red sun and you will see how far Japan have come in not only this game, but also these seemingly mission impossible to be held Olympic Games.

Making their land proud like Yuta Watanabe and Rui Hachimura, the Rui Machida led Japanese national team may have hit midnight on their Cinderella run, but their carriage was anything but a pumpkin. Their success has been smashing all great expectations beyond anyone’s wildest dreams.

Expect even more young Japanese boys and girls to pick up the rock taking them to all sorts of places on the planet.

And in essence that’s the real victory and silver lining. Besides whoever said second place is the first loser probably never stepped up to a podium or had the ability to get there in their life.

With a deep bow of respect to our gracious hosts who put up a worthy fight in the final, all praises are due to Team USA. Even more of a dream team than the men. Their 90-75 gold was historic as coach Dawn Staley extended her international record to 44 and nothing.

Behind Brittney Griner’s monster night on the grind the US kept Japan at bay. Britt beat Lisa Leslie’s Atlanta, 1996 points in a final game record (29) by one with 30. You know, breaking a quarter century record as you do. She also added 3 blocks like a cherry on top.

Her front-court partner A’ja Wilson reuniting with her college coach had 19. But it was Griner’s Phoenix Mercury teammate and her fellow 40 year old GOAT who were first teammates with Staley back in 2004 who really made history. As Diana Taurasi and Sue Bird won their fifth Olympic gold, setting a new standard of legendary legacy. Finally getting their Van Gogh sunflowers along with their medals.

Just like if you think that basketball is about to get boring now Olympic hoops are over, concluding what seems like back-to-back NBA seasons and a crazy second season of free agency.

You can always count on the WNBA. Picking up their 25th anniversary after their Olympic break. Sue and Diana aren’t done. Even joking postgame and not forgetting about Paris like Billy Crystal’s legendary movie referee.

I told you I wouldn’t bet against two GOAT’s.