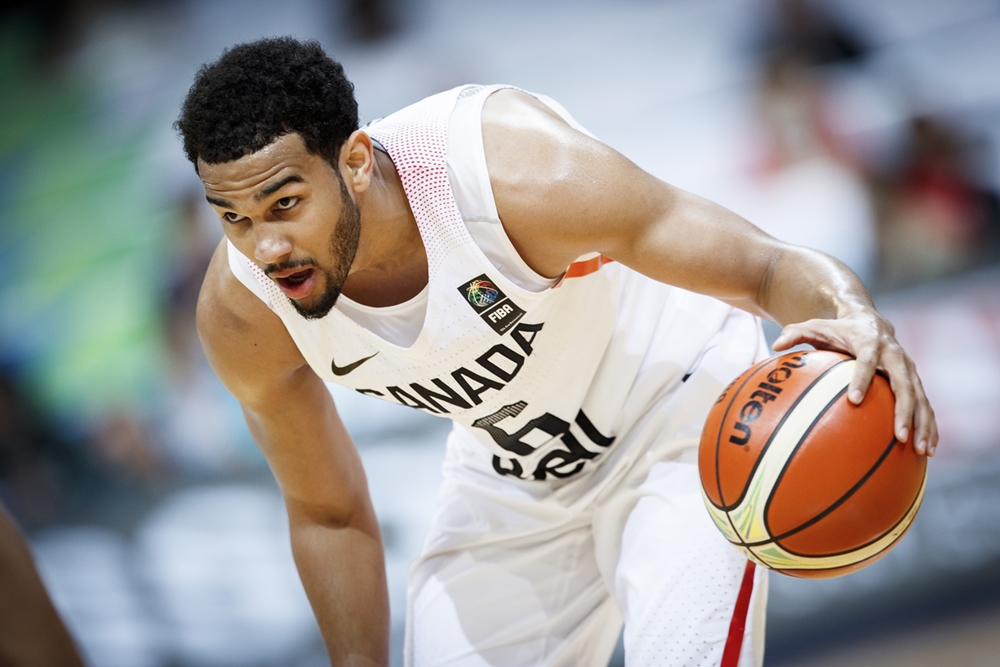 With an extra off day under their belts prior to facing a tough-minded New Zealand squad, Canada had more gas left in the tank in the game’s final minutes to secure a hard fought 78-72 win that was closer than the final score indicated.

New Zealand jumped out to an early 15-11 lead thanks to a 8-0 first quarter run, but with Canada dictating the pace for the most part they were able to regroup and lead most of the way.

Cory Joseph had a lot to do with that preferred pace as he started hitting 4 of his first 5 shots en route to a game-high 23 points.

A hot start from three was not a sign of things to come though for Canada, like in their game against Senegal they struggled mightily hitting just 1-of-15 after the first quarter. In the final three quarters of the last two games, they have shot a dreadful 1-of-26.

Coach Triano noted that their confidence was down from long distance and they made an adjustment to attack the rim more, but he knows that they “eventually have to make shots” to enjoy sustained success.

Tristan Thompson led the way inside as expected with 13 points on only 5 shots along with 10 rebounds including 5 on the offensive end. He was given great support though from Melvin Ejim’s 13 and 7 along with 2 blocks as well as Khem Birch’s 4 offensive rebounds in just 11 minutes. The coaching staff’s confidence in that pair off the bench was evident as well, as they both played critical roles late after being rewarded with the opportunity. Making it even more impressive was that the Kiwis were forced to go small late, having lost a second big man who fouled out.

New Zealand’s Webster brothers were a key reason they were able to tie the game going into halftime, combining for 24 of New Zealand’s 42 points. The point guard Tai then came away with 4 offensive rebounds after halftime, but his older brother could not match his energy late.  This included a key air ball and turnover in the game’s final few minutes, after earlier taking only their second half lead at 66-64 with about 6 minutes remaining in the game. Coach Triano reflected afterwards about how he settled his team down following that key point, leading to their 14-6 game ending run:

“I told them to breathe just to relax, we got caught up a little bit and they hit a three which hurts us. At the end of the game our execution, spreading the floor and being able to use our athleticism was our strength.” In another similarity to their struggles from three over the last games, they shot just 56 percent on 25 free throws down from 61 percent against Senegal.

Without marked improvement from three and the charity stripe, it’s hard to see how Canada will knock off a France team that is determined to get Tony Parker to Rio in his last tour of duty with the national team.

However, aside from Tristan Thompson’s history of difficulties from the line (excluding this game where he was 5-of-7), there is definitely an expectation that an improvement in those categories should eventually come.

A big X factor will be Brady Heslip, who has shot only 1-of-12 the last two games including 0-of-8 from long distance. Making those stats even harder to stomach is his lack of contributions in other areas, with only 2 assists and at times being exposed on the defensive end as well in about 40 minutes of action over the last two games.

France had Nic Batum in the lineup for the first time in their semi-final victory and looked sharper as a result even though his contribution was limited. They enjoyed a comfortable lead throughout most of the 2nd half, allowing them to rest Parker and Batum for the latter stages of the game.

The advantage at point guard that Canada has enjoyed throughout the tournament will be negated against France not just because of Parker, but also former Raptor Nando De Colo and Turkish league star Thomas Heurtel as well. Canada and France will face off for the right to go to Rio Sunday at 9am EST on TSN.