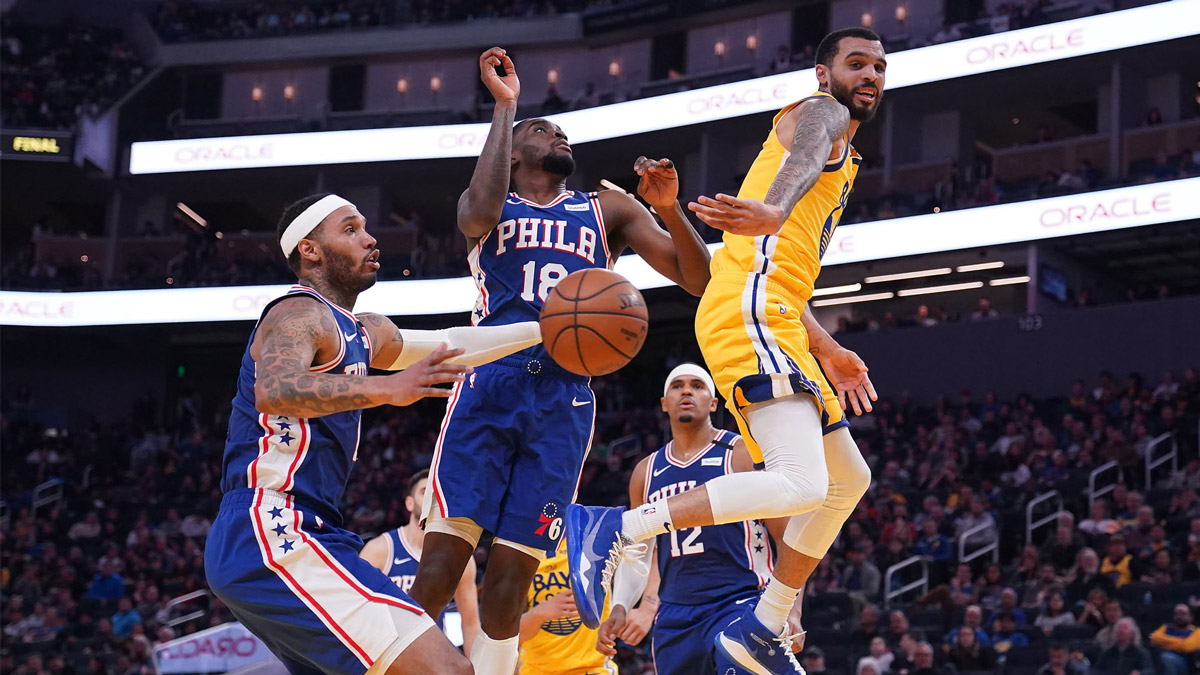 Multi-platinum recording artist Eminem and his certified hit “Lose Yourself” are synonymous with preparation and taking advantage of that once in a lifetime moment.

Years of commitment and hard-work have finally paid off for Mulder who has agreed to a multi-year deal with the Golden State Warriors’ following a recently signed 10-day contract.

Six games into his journey with the Warriors’ the former NCAA junior college player is averaging 12.3 points, 3.2 rebounds, 1.3 rebounds while shooting 43.1% from the floor and 35.6% from three-pointers.

All signs pointed to Mulder resigning with Golden State as hinted by Warriors’ head coach Steve Kerr. “We’re lucky to have him. I know this was the final day of his 10-day. But we’re anxious to get him back someway, so I’m sure that’s gonna happen.”

Instead of another short-term contract the Warriors’ rewarded the Canadian guard with a non-guaranteed multi-year, three-year deal that will keep him in the Bay area through at least the reminder of this season.

According to multiple reports, the last two years are non-guaranteed and the Warriors’ can waive Mulder at any point next season without owing him any money. Although, the team hasn’t reported the value of the deal, it has been confirmed as a veteran minimum salary of roughly $507,336. Furthermore, the three-year contract has a $200,000 (from $0) trigger date in 2020-21 if he’s on the roster to start the season. 2021-22 is full non-guaranteed.

“It’s been a long road you know, I’m three years removed from college now and you know, I just continue to bet on myself by going back to the G-league and remaining so close, and I knew that being so close to the big teams I knew eyes would be on me and knew that eventually I would get the opportunity that I felt that I worked for.” a humbled Mulder shared during the Warriors’ official media session.

Must Read:
Top 10 Dunks of Second Round 2014 NBA Playoffs

“Watching NBA games, I did a lot of studying, a lot of studying my position specifically and I just knew that if got an opportunity I would be ready whenever my name was called. I got a lot of respect from guys around the league and I just felt like I could do the job to the best of my abilities and I’m glad that I have this opportunity to really prove that.”

Mulder’s signing brings the total Canadians under NBA contracts to a record-high 17 players, and 24 if you add in players signed to two-way or exhibit 10 non-guaranteed contracts and players in the G-League.

The Warriors’ blockbuster acquisition of Andrew Wiggins at the trade deadline made Wiggins’ the first Canadian to play for the franchise. The signing of Mulder brings that number to two — joining the OKC Thunder as the only two teams with multiple Canadian’s on their rosters.