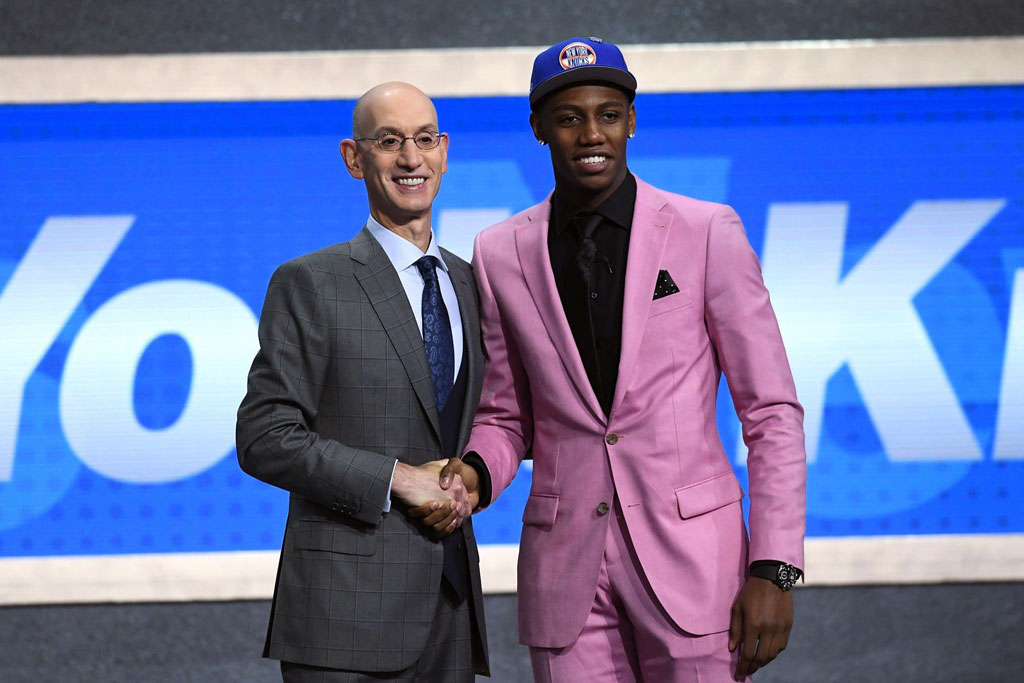 The RJ Barrett era in the Mecca of basketball has officially begun.

The New York Knicks made no mistake selected Canadian RJ Barrett with the third-overall in the 2019 NBA Draft.

Barrett, a 6-foot-7, 202-pound small forward, was named a first-team All-ACC selection, a consensus first-team All-American, and the USA Today National Player of the Year after averaging 22.6 points per game this season with the Duke Blue Devils.

Starting all 38 games during his freshman campaign, the Mississauga, Ont. native also averaged 7.6 rebounds and 4.3 assists. Barrett established new Duke and ACC freshman scoring records with 860 points, the second most points by a Duke player in a single season.

Barrett becomes the highest drafted Canadian player since Andrew Wiggins, who was selected with the first pick of 2014 and third-highest-drafted player ever from Canada after Wiggins and Anthony Bennett, who was drafted 1st overall in 2013.

Advertisement. Scroll to continue reading.
In this article:Canadians in the NBA, New York Knicks, RJ Barrett