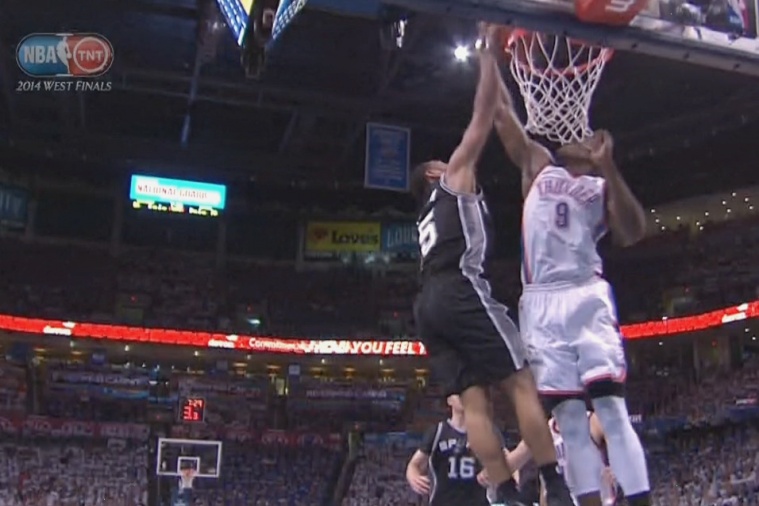 Cory Joseph Serves Up A Tasty Facial Over Serge Ibaka

The San Antonio Spurs head coach Gregg Popovich turned to his bench during the Game four of the Western Conference Finals after his starters failed to once again muster-up anything significant in Oklahoma City where the Spurs have lost eight straight-games, including regular and playoffs.

Enter Cory Joseph. The third-year guard out of Canada known for his defensive abilities helped spark and 18-5 run late in the third-quarter to get the Spurs within striking distance after being down by 26 points at one-point.

Joseph capped a great night with this vicious one-hander down the lane on shot blocker Serge Ibaka to finish with 11 points in 17 minutes off the bench.