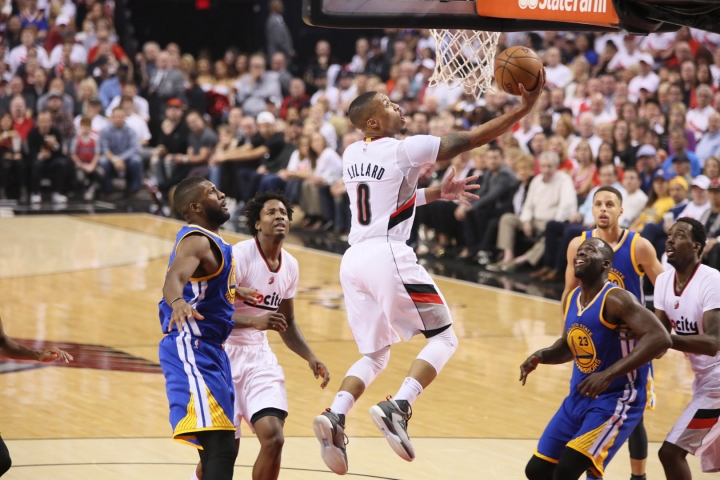 On Wednesday night, the Portland Trail Blazers will be faced with a daunting task: extending their overachieving season by defeating the Golden State Warriors in Oakland.

Absolutely nothing short of a miraculous performance will save, and extend the Blazers’ season. And, yet the Blazers’ leader is highly capable of delivering such a performance.

Damian Lillard is the kind of conductor who can orchestrate the most harmonious melodies, which leaves the audience in tears of joy as they watch beautiful basketball.

Remember the Warriors’ first game following the All-Star Break? It was in Portland, Oregon when Damian Lillard dropped dimes (sorry couldn’t help it!) all over Chef Curry and company.

Lillard, the undersized point guard, finished with a career-high 51-points to go along with seven assists, six steals, and zero turnovers to lead his Blazers to a dominant, statement-making blowout win of the defending champions Warriors.

So, yeah Golden State took the regular season series 3-1. And, yes they are most likely to win the 2016 NBA Playoffs series 4-1. But, could Stephen Curry have done what Damian Lillard pulled of? Nah. How about Kevin Durant, Russell Westbrook, James Harden or Carmelo Anthony? Nope.

The only player who could – and probably – would of done something as special as what Dame did, is LeBron James.

Let’s recap what happened to the Blazers about a year ago in free agency. LaMarcus Aldridge signed with the San Antonio Spurs. Wesley Matthews left for the Dallas Mavericks. Nicolas Batum signed with the Charlotte Hornets. Robin Lopez signed with the New York Knicks.

Those are three starters, and their sixth man. Basically four of their top five players left, and yet Dame, and head coach Terry Stotts, have this team in the second round of the playoffs.

When Mason Plumlee is arguably the best free agent you signed after watching the exodus, you have to wonder what the front office was doing.

You can look at it, analyze, and throw all the numbers you want to coronate Stephen Curry, but none of those will compare to the challenges that faced the ever so underrated Oakland, California point guard. 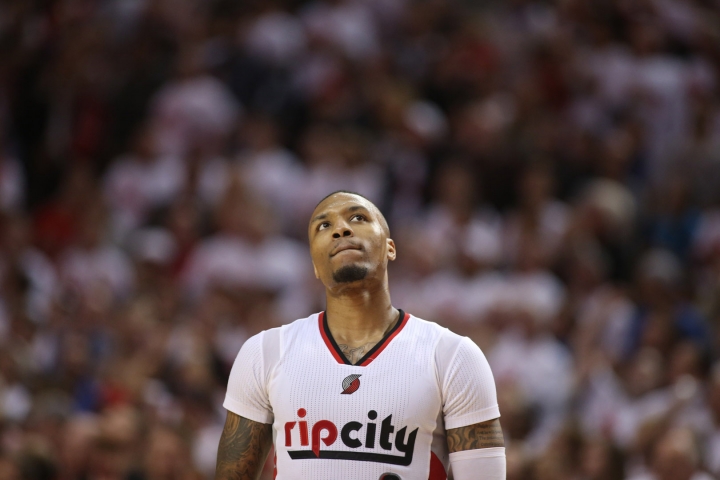 Yes, Curry was a member of the 50-40-90 club, and he led the league in both points per game and steals per game. Yes, the baby-faced assassin killed the Spurs at home, and in Alamo City during the Spurs’ only home loss this season. Yes, I remember the Saturday night instant classic overtime thriller in Oklahoma City and the shot seen around the world to win it. Yes, I remember the blowout of the Cavaliers in Cleveland, and the “hopefully it still smells a little bit like champagne,” comments.

Yes, Chef Curry was the orchestrator of the greatest regular season in NBA history as his Warriors went 73-9, but I dare every single one of you to show me a Klay Thompson who averaged 22.1 points per game, and a Draymond Green who averaged 14 ppg, 9.5 rebounds and 7.4 assists per game, on top of being the best defender on the Warriors, and their spiritual and emotional leader.

Some of you will point to Lillard’s new partner in crime, C.J McCollum. McCollum can’t yet be compared because this past season was the first time he played a role in the Blazers’ season. He was drafted in 2013, and prior to this season in which he averaged 20.8 points per game, McCollum averaged just 5.3 points per game in 12 minutes (2013-14), and 6.8 in 15 minutes per game (2014-15). He was Wesley Matthews’ backup.

As of right now, McCollum’s situation is TBD. It is to be determined whether he can be a consistent 20-point scorer for the Blazers, and Lillard’s sidekick.

I don’t want to sound like a “hater” because Curry, and his Warriors deserve all the accolades they receive. They deserve all the praises they obtain. I’m just of the mindset that you can’t overlook players, and coaches who overachieve just because their team has a record that is not quite as good as another team.

This reminds me of the 2013 NFL season when Peyton Manning like Stephen Curry re-wrote the record books on his way to his fifth MVP, while Tom Brady like Damian Lillard took a supporting cast that left everyone screaming “Belichick is jeopardizing Brady’s last years” all the way to the AFC Championship game.

So, while this NBA series is not in the Western Conference final, I can’t help but see the resemblance, and feel bad for Dame and Brady.

Before the season began every pundit, every analyst, and everyone that follows basketball declared the Portland Trail Blazers as a lottery team. And, yet the undersized, underrated superstar point-uard nicknamed Dame kicked open the superstar status door, and declared “sorry for dropping in!”

And delivered a season to remember. Dame you the real MVP.