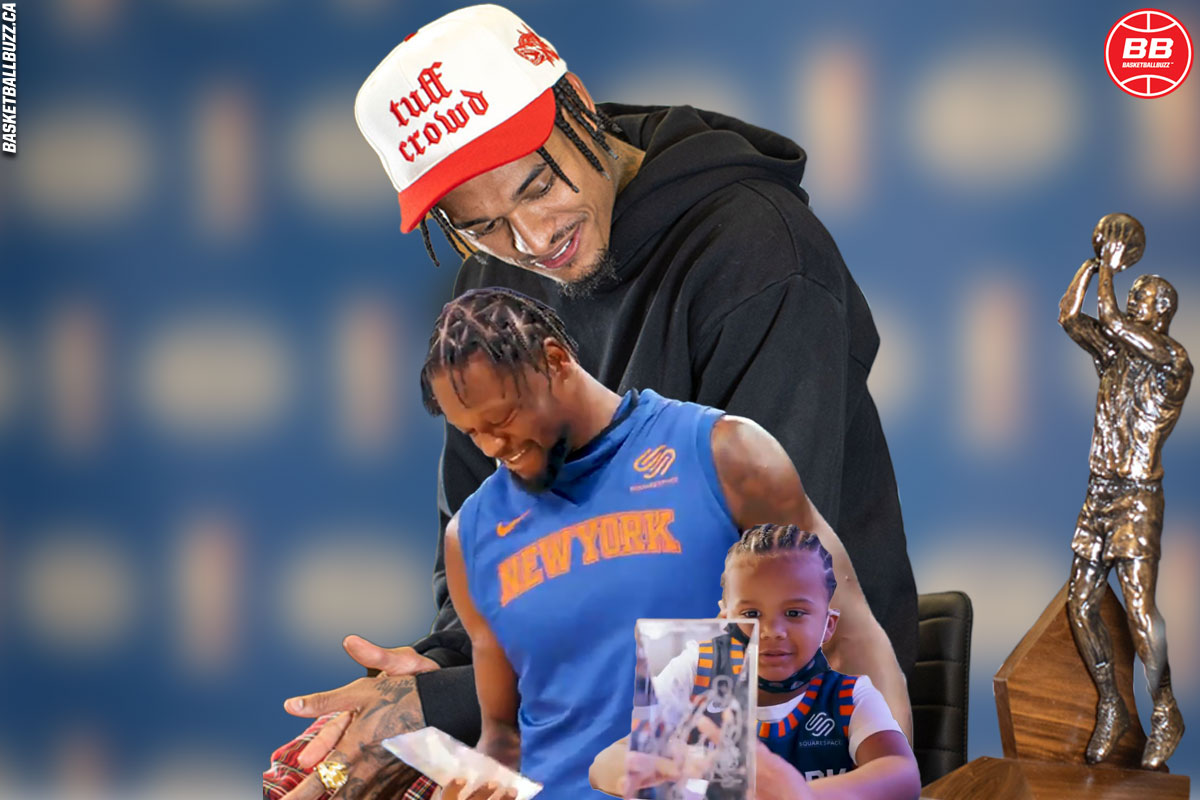 You could argue super teams were birthed then. The Los Angeles Lakers already had the greatest one/two punch of all-time in the ‘Most Dominant Ever’ Shaquille O’Neal and Kobe Bryant, but after three-peating like Phil Jackson’s Chicago Bulls holy trinity of GOAT Michael Jordan, Scottie Pippen and Dennis Rodman they needed to re-up. That’s when they brought in two of the 90’s golden era greats. The Seattle Supersonics’ Glove, Gary Payton and Utah Jazz Mailman, Karl Malone.

It looked like no one was beating this video game dream team.

Then I saw the picture of the passion screaming of September Hall of Famer Ben Wallace and his Detroit Pistons after they won the Eastern Conference Finals.

It’s like they already had the championship in their pocket.

When that “son of a bitch got 60” and called it a career it looked like lights out for the Lakers until a King would arrive in Hollywood by royal appointment.

Then I saw the GQ magazine shoot with the young core.

It was more than a nice looking fit.

And they’re all paid in full like Eric B. and the God MC Rakim.

Lonzo Ball. Josh Hart. Larry Nance Jr. Ivica Zubac. Thomas Bryant. The Lakers make better choices in the draft than Subway sandwiches. Even if they do hold on to them as well as greasy hands.

Must Read:
When StubHub Sponsors An Actual NBA Team You Know The Game Is Rigged

Thank God for the Carushow and THT.

It’s the price of having one of the greatest dynamic duos in LeBron James and Anthony Davis, like when the Lakers lost the likes of Eddie Jones and Nick Van Exel because there wasn’t enough room in Shaq and Kobe’s Forum.

Let’s get it straight though when it comes to these former STAPLES Center staples.

They are not Los Angeles Lakers anymore.

They are their own individual talents.

One that has helped the Rudy Gobert and Donovan Mitchell Utah Jazz play to the best record in the NBA. Having his sharp-shooting teammate Joe Ingles presenting his with the 6 God like Lou Will award. Decked out in a Jordan Clarkson ‘Flamethrower’ t-shirt for this human torch, new bench microwave like Motown 80’s Piston legend Vinnie Johnson. Averaging 18.4 points, 4.0 rebounds and 2.5 assists in 26.7 minutes.

Another that led the former Big Apple rotten New York Knicks to their first Playoffs since Carmelo in 2013. Even if Trae Young wants to silence all of that like he does Spike Lee. Having his son surprise him with the award for an MIP who should also be in MVP consideration. Julius Randle, 24.1 points, 10.2 rebounds and 6 assists per. That’s elite.

Like the two former purple and gold rookie alumni congratulated each other on Twitter, this is “over deserved” as JC says.

Unquestionable. Without a shadow of a doubt.

The journey has only just begun and Hollywood couldn’t have scripted it better than this.

Now how’s this for a happy ending?