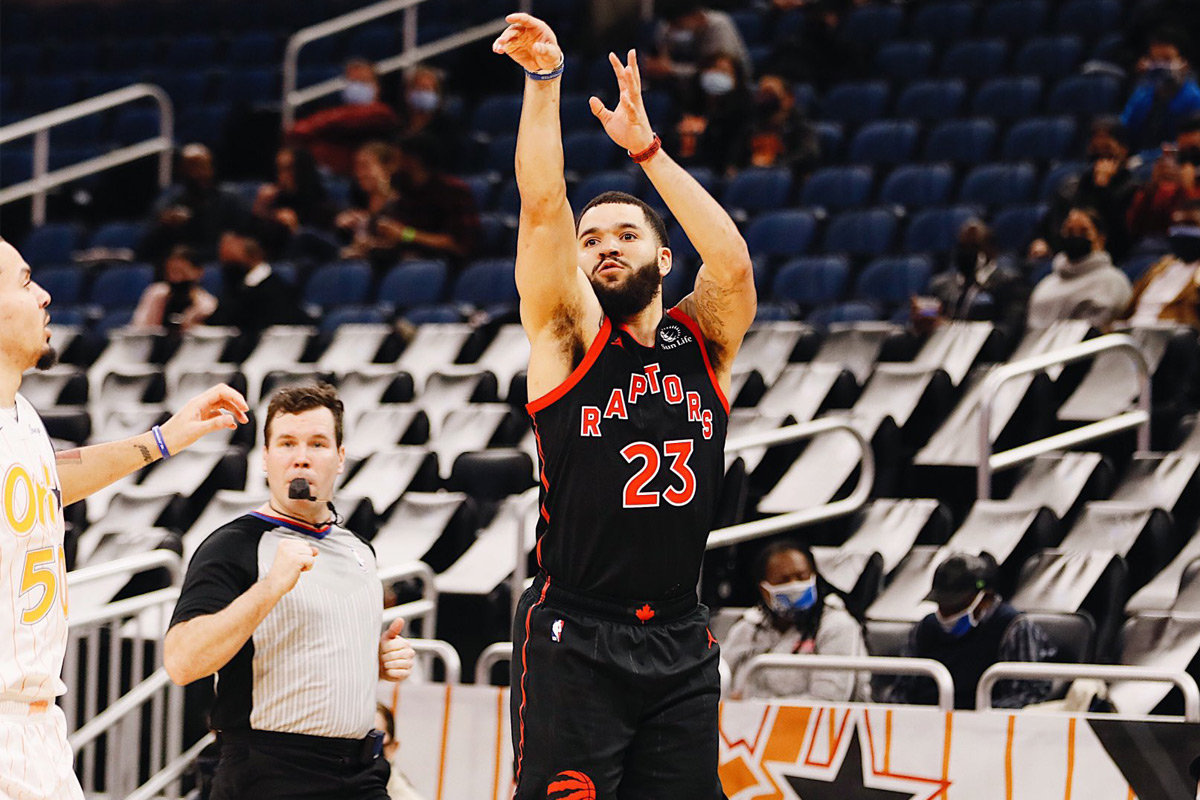 Bet on yourself. That’s the Fred VanVleet motto.

Work on your craft. Put in the time. Take control of your destiny. Those three phrases are controllable self attributes and a part of the core values of the Fred VanVleet brand and story.

From an undrafted rookie out of Wichita State to etching his name across multiple NBA records. The six-foot-one point-guard continued to make a case for his first NBA All-star selection.

VanVleet poured in a career-high and franchise best 54 points on an unbelievable 17-of-23 shot attempts, including a nearly perfect 11-of-14 three-pointers and 9-of-9 from the foul line to surpass former Raptors All-star DeMar DeRozan’s record of 52 points set on January 1, 2018.

The fifth-year NBA guard from Rockford, Illinois also set the record for most points by an undrafted player, surpassing Moses Malone, who ironically set the record with 53 points on February 2, 1982.

VanVleet’s eight (8) first-half three-pointers also set a franchise record most triples made in half. Additionally, the eleven (11) made triples came-up just short of Donyell Marshall’s Raptors best 12 made triples.

Fred VanVleet’s 11 threes tonight are the most ever made in a game by an undrafted player. The previous record was 10 by Duncan Robinson and Wesley Matthews.

With a quarter of the NBA season in the books the Raptors guard is putting up all-star numbers leading Toronto in scoring at 20.4 points per game on 42.0% percent shooting and 38.3% percent from downtown.