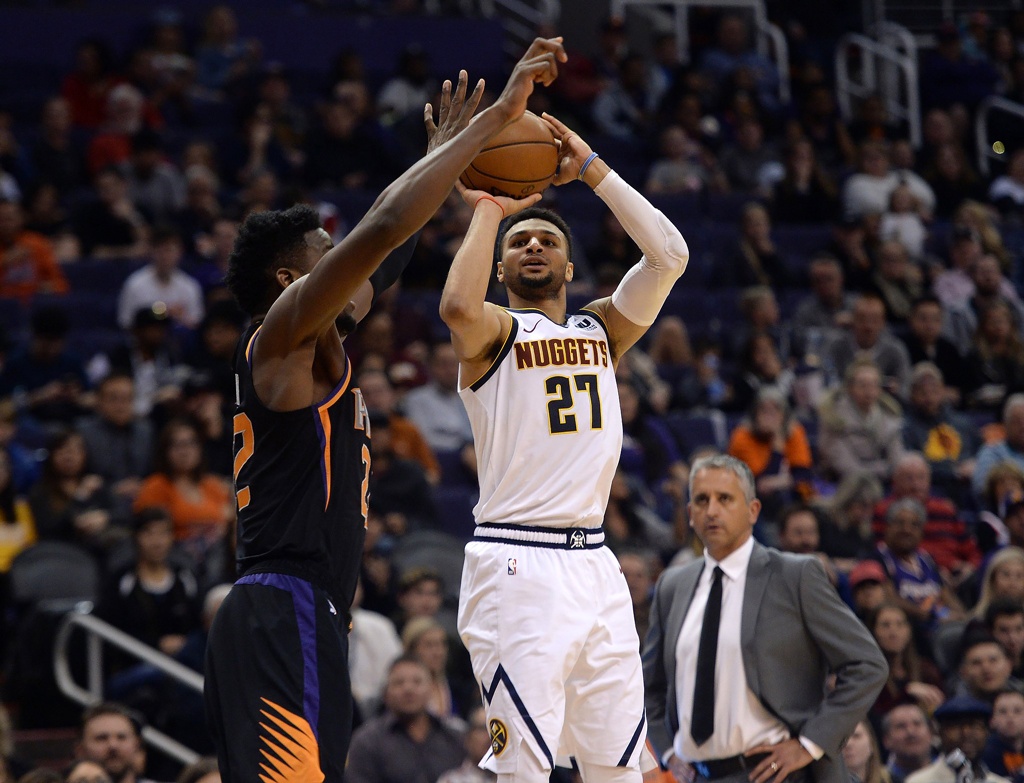 Jamal Murray is on a mission to become Canada’s first NBA All-Star since Hall-of-Famer Steve Nash made the last of his eight appearances in 2012.

Playing in his final game in 2018 and less than a month removed from making Canadian basketball history by scoring 48 points against the Boston Celtics. —the most by a Canadian in a NBA regular season game—Murray was just shy of breaking his own record, dropping a cold-blooded 46 points.

Murray was hot from the opening whistle, draining the opening points of the game on a Nikola Jokić skip pass for a baseline triple.

He kept his foot on the gas, finishing the first quarter with 13 points on four-of-five shooting, going three-for-three from beyond the arc.

By halftime, Murray upped his total to 21 points, including five three-pointers.

In the third quarter Murray added another 10 points, including two more three-pointers, increasing his total to 31. He poured in another 15 points in the final frame to lift the Nuggets to another road win.

Murray, a Kitchener, Ont., native, is playing the best basketball of his young NBA career, averaging 18.6 points per game, 4.9 assists and 4.6 rebounds.

With the Nuggets leading the Western Conference with 24-11 record as we approach the mid-point of a highly competitive campaign, there isn’t much standing in the way of Murray joining Nash and Jamaal Magloire as the only Canadians to play in the NBA All-Star Game.