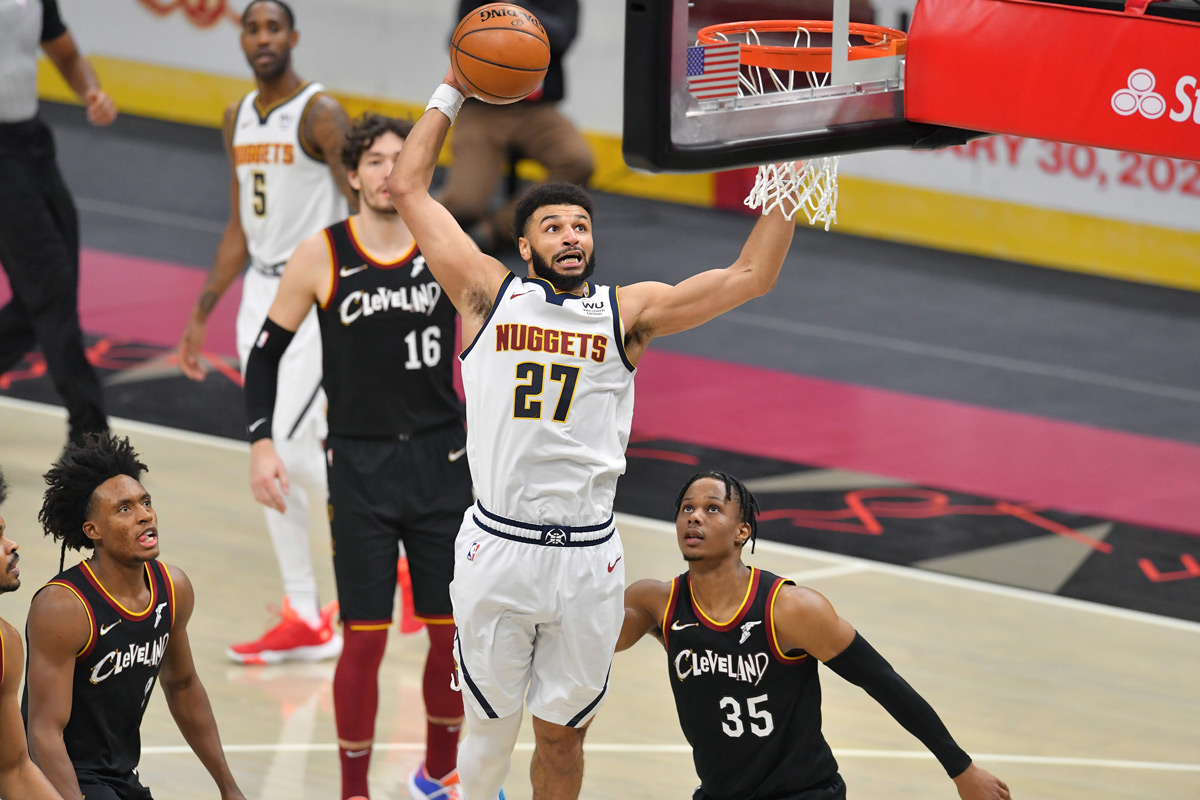 Jamal Murray is flowing like water, making his way through team defenses, leaving defenders shaking their heads while adding his name to the NBA record books.

The Canadian basketball star from Kitchener, Ontario tied a career-high with 50 points in the 120-103 win over the Cleveland Cavaliers. Murray emptied the clip on the Cavs, shooting an incredible 21-of-25 field goals to along with 8-of-10 three-pointers in 38 minutes.

Murray’s incredible performance marked the first time in NBA history that a player scored 50 points without attempting a foul shot. Furthermore, Murray’s career-night became the second most efficient 50-point plus game in the seventy-five (75) year history of the association.

Toronto Raptors Fred VanVleet recently recorded the most efficient 50-point game in NBA history when he set the Toronto Raptors all-time franchise record with 54 points on 11-of-14 triples on February 2nd against the Orlando Magic.

Jamal Murray has now scored 50-points three times in his career, two in the NBA playoffs, against the Utah Jazz and tonight against the Cavaliers.

Murray now holds the top scoring games for Canadians in the NBA both in the regular season and NBA playoffs — surpassing his own and Steve Nash’s record 48-point game. Andrew Wiggins is third in line with his 47 point effort in 2016.