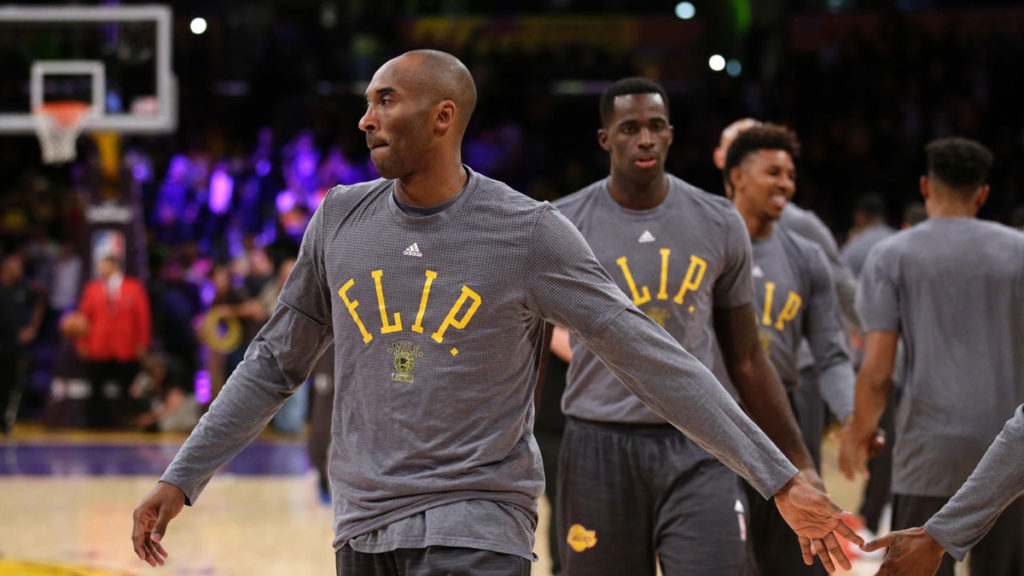 Opening season for the Los Angeles Lakers at STAPLES saw the Minnesota Timberwolves get one over on them, 112-111 in a tight affair last night.

It was a match-up of head-to-head, almost mirror image similarities for the two teams that originated in Minneapolis. From the NBA season debuts of number one and two draft picks Karl Anthony-Towns and D’Angelo Russell from Kentucky in college form and place of birth respectively, to the return of the father time of straight out of high-school NBA legends Kobe Bryant and Kevin Garnett. But alas all this in-game could not reach the heights of what happened pre-game.

Not even the sophomore stars on each twin team, from Julius Randle and Jordan Clarkson to Andrew Wiggins and Zach LaVine. Nothing could. Not even the trash talk between the kid Randle and the legend Garnett which showed Julius wasn’t phased by the intimidation of the leagues most passionate player (“I’m not scared of anybody”). Or the swag of P Nick Young for a buzzer-beating three from 40 feet. Or the Lakers 21-3 run, 9-digit lead, 60-point first-half which led to all that as Kobe told the STAPLES purple and gold side faithful before the game, “We have a team here with great, young talent. We look forward to making the city of Los Angeles proud the way it should be.” Not to mention Kobe’s matching his jersey number in points in his returning, redemptive game. Not even Minnesota’s comeback which was sealed in the waning seconds of regulation when reigning Sixth Man of The Year, Lou Williams couldn’t add three more to his 21-points off the bench.

All this was just a footnote in comparison to both teams starting their respective 82 chapters with hopes of an epilogue with one powerful foreword to preface.

The two teams who began in the twin-city, mid-western state of Minnesota honored the late, great coach Phil ‘Flip’ Saunders with some moving shooting shirts before everything came to the tip of the referee throwing the ball up between centers. Flip Saunders who past away three days earlier at just 60 years of age from Hodgkin’s Lymphoma was and always will be one of the greatest coaches in NBA history. The number of players and people he inspired is countless. His hoop soul…as beautiful as only the purists truly know. His legacy is undeniable. His legend honored last night with a simple…but beautiful gesture. Like the ones that have been pouring through heart-brokenly all week from trending timelines to highlight reels. As the two teams lead a moment of silence the Lakers wore a grey shooting shirt that threw it back to their Minneapolis times with Flips name circling the vintage logo like the legendary MPLS letters. The Timberwolves featuring Flip’s name next to two proud letters forming the word…”WE”.

These testaments of tribute where fitting…and then when you thought it couldn’t get more meaningful as the two teams in uniform shook hands after a game were there was barely a thread between them, Minnesota not the old Lakers came away with the win. And as the Point Guard who led them to that victory with 28 points and 14 assists Ricky Rubio grabbed the game ball and pointed to the downtown L.A night sky beyond the banners and the rafters one thing was clear…

…that too was for Flip.

“Coach would’ve been proud” interim coach and Timberwolf great Sam Mitchell told the press. After tragically having to say goodbye to the team he coached all too early last season, if only Saunders could see it…or even himself have lead his kids to that victory. But then again…in a way he did!