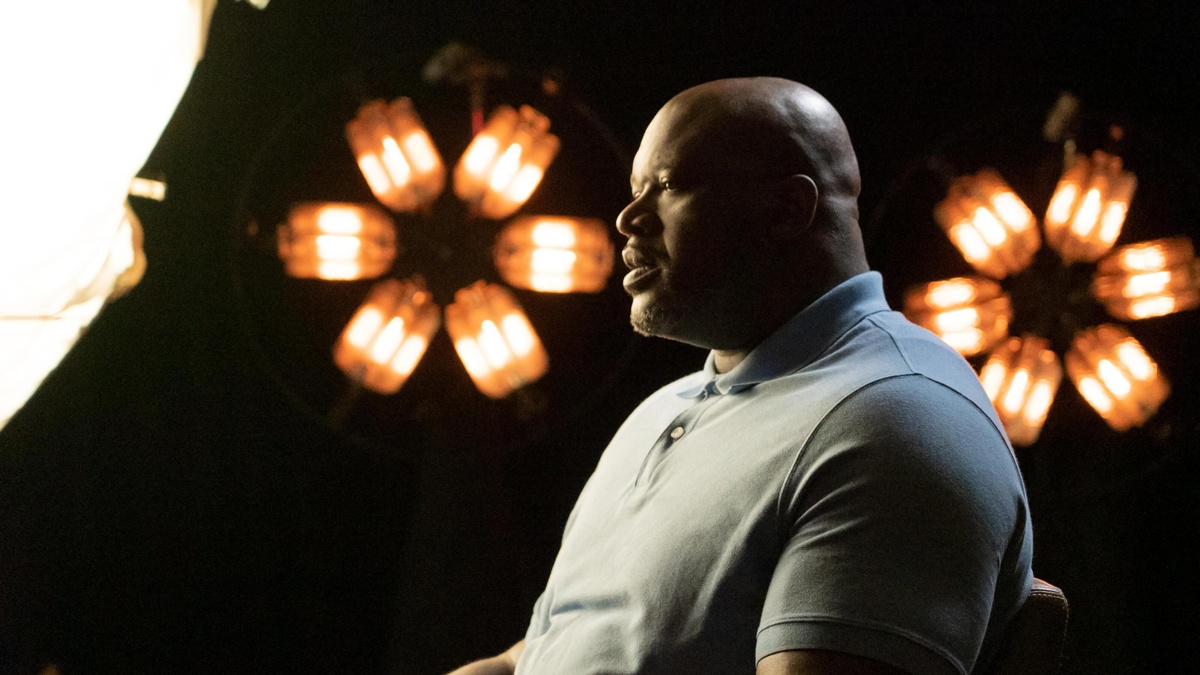 Antoine Fuqua has directed many classic movies for modern day cinema. Most with fellow legend Denzel Washington (a huge Laker fan, notably absent here). The De Niro to his Scorsese.

They remade both ‘The Magnificent Seven’ and ‘The Equalizer’ series. All before Washington won Oscar gold under Fuqua for ‘Training Day’. Antoine has also gone ‘Southpaw’ with ‘The Guilty’, Jake Gyllenhaal.

The great director has never seen Hollywood drama like this, though.

Fuqua hits Figueroa Street for ‘Legacy: The True Story Of The LA Lakers’. A ten-part documentary event on Hulu that concluded last night. The same weekend Netflix’s ‘The Redeem Team’ dropped in a year with more hoops content on the small screen than there has been on the floor worldwide.

Executive produced by Jeanie Buss, you know there’s going to be a little bias. Yet, to her and this docs credit, every member of the family gets their say. For something that feels akin to Emmy winners ‘Succession’, or ‘Game Of Thrones’, where heads will roll.

Also produced by the Mann family, at the same time Michael is giving us the sequel to his Californian classic ‘Heat’ in novel form. ‘Legacy’ looks to undo the damage the franchise felt HBO’s wonderful ‘Winning Time’ did. Scoring their own points like Earvin Johnson’s Apple TV+ show, ‘They Call Me Magic’.

Each hour long episode gives you a comprehensive look of the legend of the Lakers, ever since the team was purchased by charming playboy Jerry Buss, in a deal that involved New York’s Chrysler building. A skyscraper for a couple of bigs. Seems like a fair exchange.

Therefore, George Mikan, the Minneapolis Lakers, Wilt Chamberlain, Elgin Baylor and some of the logo remain in the background of this ‘Legacy’. Although we all know what Jerry West brought to the Lakers as an outstanding owner, but also, the stress that came with it. He gets candid alongside Magic, Kareem Abdul-Jabbar, James Worthy, Shaquille O’Neal, LeBron James, Anthony Davis, Pat Riley and Phil Jackson.

Must Read:
UNTOLD gives us the story of 'The Rise and Fall of AND1'

Even the likes of Gary Payton, Norm Nixon, Eddie Jones and Nick Van Exel have their say. Nixon and Van Exel giving us some hilarious takes.

Norm, referring to his “I’ll never trade you” assurance like a “mwah, mwah” Godfather kiss of death. One that led to Lakers superfan Jack Nicholson wearing black courtside in protest like somebody died.

Nick, telling us of the time Magic coached the team. Taking them out to the Hollywood Hills for a pep talk. “You like this nice weather? The trees? Because some of you (expletives) ain’t going to be here next year.”

Amongst testimonials from other Cali’ legends like Snoop Dogg, Ice Cube, Flea from the Red Hot Chili Peppers and Rob Lowe (really confusing things with Pelinka in the mix too), this really is the who’s who. Laker for Laker too.

It’s nice to see Vlade Divac finally get the purple and gold respect he deserves. On the other hand, it’s a shame the potential of Andrew Bynum doesn’t get to have his say in an episode that feels like it throws him under the team bus.

Rick Fox, Robert Horry, Derek Fisher. Everyone else is here mind you. Pau Gasol. Lamar Odom. From the Showtime, to the Lake Show. Riles guaranteeing back-to-back, before Jax’s Shaq and Kobe gave us the three-peat. Plus all that drama in-between. Not to mention, some touching and tender family moments that we simply won’t spoil.

‘Legacy’ and the one the LA Lakers have left, takes us all the way to the Bubble and the franchise’s last, Celtic-tying championship. Overcoming COVID-19 and the heartbreak of Kobe Bryant’s death (memorialized here so movingly) to give the city, never mind the watching world, hope.

We don’t know what the next chapter of the Lakers holds in the King’s court. We just know if Hulu makes another series on the purple and gold, there’s one word they can call it.