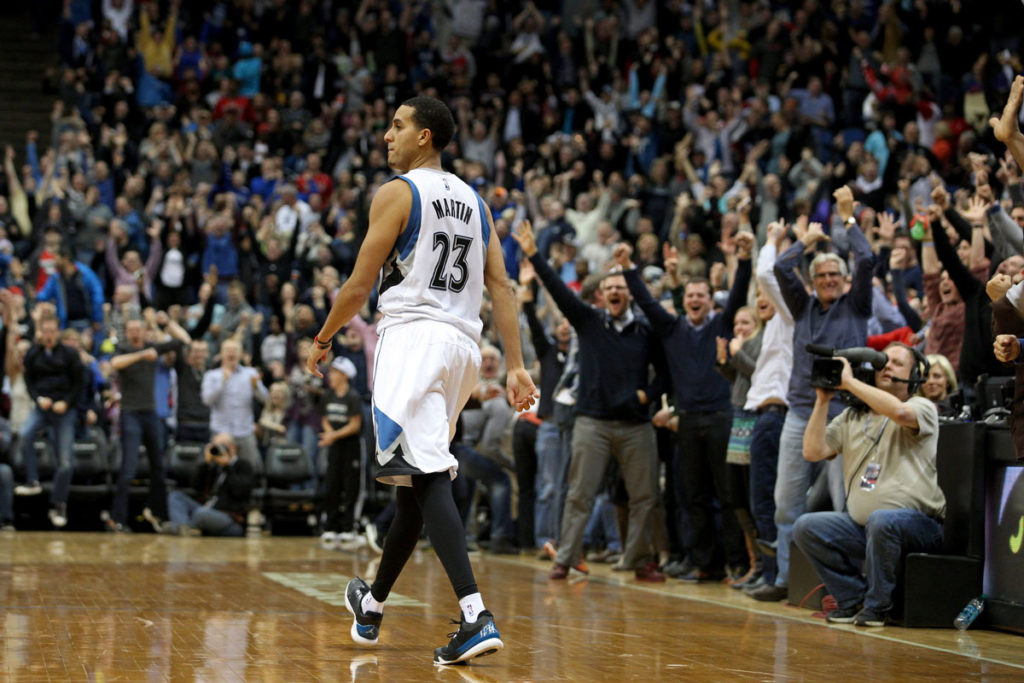 That’s what former Minnesota Timberwolves player Kevin Martin told his old and new teammate Andre Miller when the news landed- with maybe some professional envy-after finding out during a flight that Miller’s time with the T-Wolves had ended for a trip on the Riverwalk to the Alamo of San Antonio.

‘Dre didn’t even know he was now a Spur. Such is the nature of this sports business. Perhaps he missed his connection.

Or maybe its time to board another flight, as after clearing waivers it looks like the recently released K-Mart will take his racking up numbers game to the Lone State. He may pass former Houston guard Ty Lawson too, on a Rocket flight from Texas after being cut in H-town. The associations way of still making major moves with these type of players once the much hyped, eagerly anticipated, mid-February trade deadline passes.

No need for Martin to be jealous now!

Now he joins Andre in arrival to a clicking San Antonio team with enough Spurs to out draw and duel the three happy Steph Curry and Klay Thompson and Draymond Green Golden State Warriors. The old hand could win again. Especially with the locker room veteran presence of Miller, who for the last decade or so has been around the top ten points in this guards game. Now pushing 40 he’ll offer guidance to players young and seasoned. He’s been in this game and this L so long that even veteran legend Tim Duncan is no longer the most senior citizen on this court.

Now let’s talk about Kevin. Kevin Mart on this ride along too may no longer be a King, or on the throne as a budding All-Star…but he’s still top tier. And now he joins his fellow former wolf from the twins, running with a new pack the scorching scorer is set to fill it up like a petrol station attendant until these Spurs are riding off horsepower and gasoline.

The chemistry he has with his Minny co-star means these new late season additions won’t make this cohesive unit combustible. No matter how crowded Pop’s ball-club is now. Now they may have enough firepower to shoot down any gunner with these two pistols, the original big-three of Tim Duncan, Manu Ginobili and Tony Parker and the new one of big free agent signings LaMarcus Aldridge and David West and of course All-Star, reigning Defensive Player Of The Year and former Finals MVP Kawhi Leonard.

All this out in the wild, but weathered West looks to spur San An back to the gold of their old but tried and tested, smart balling best. The Clint Eastwood’s of the NBA look to hang em’ high for a few banners more.