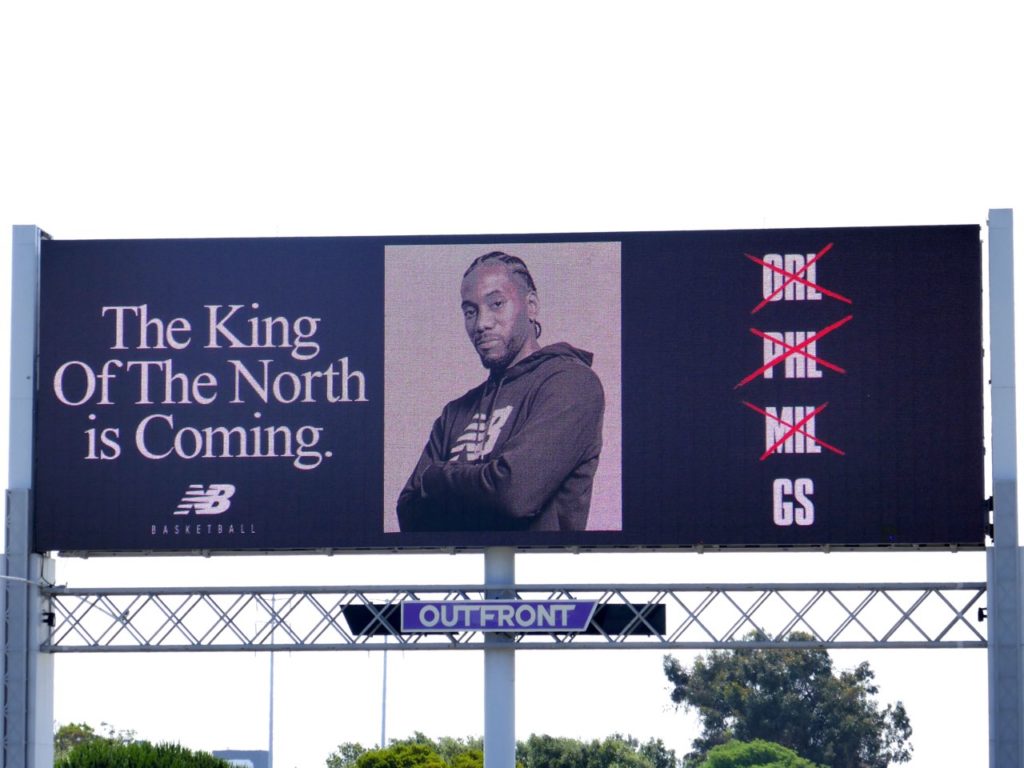 New Balance Trolls Warriors With King Of The North Is Coming Billboard.jpg

New Balance stepped-up it’s trolling game to a Drake-like level by greeting Golden State Warriors’ fans in Oakland with a fresh Kawhi Leonard “The King of the North” billboard advertising campaign across the Bay Area’s highways.

Capitalizing on their current momentum New Balance also has put up a large size of same “Fun Guy” “King of the North” billboard in downtown Toronto.

Leonard also showcased a new colour variation of his kicks in the historic 118-109 game one victory over the Golden State Warriors.

Edilson J. SilvaMarch 19, 2021
Do NOT follow this link or you will be banned from the site!