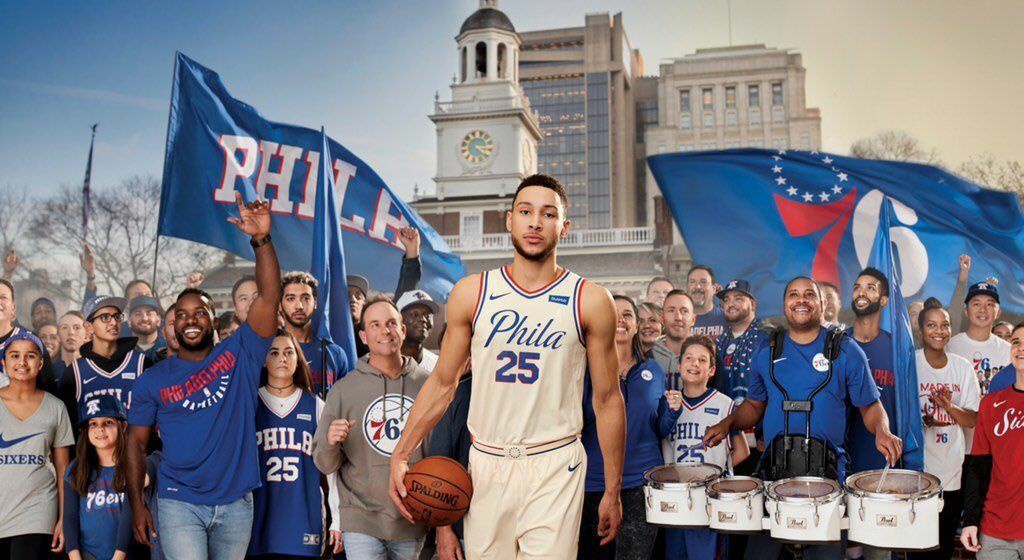 New Nike Jersey Editions Are Living For The City

Expect even more new Nike jerseys to be ripped this New Year.

But this time it will be off store shelves and not the back of players like King LeBron James.

After the swoosh took over from Adidas this season to be the new symbol of the league. The brand that just does it like giving Air to Jordan immediately turned heads like a Jumpman with their uniforms and related apparel. First came the interchangeable home and road, Association and Icon jerseys. And then for your amazing alternatives came the Statement duds with (even better) no sleeves.

Even if some did come with tears like those old Adidas “t-shirts” many wanted to turn back to vests. Like the corner of the shoulder “subtle” sponsors that to be fair aren’t as dreaded and more relevant than first feared thought.

And if that wasn’t enough Nike have gone fourth and come out with a whole new range. Another awesome alternative for your closets and wallets. And like Stevie or the wonder that they are these City Edition jerseys are running for the town these teams rep and reside.

It all started with a leaked rumor that the Lakers were going to rock a sick snakeskin Black Mamba jersey in honor of L.A. legend Kobe Bryant’s dual jersey retirement ceremony. And although it wasn’t alright on the night as both 8 and 24 went to the rafters, the Lakers will rock these back to black jerseys, part designed by Kobe himself that more than make up for the lack of Hollywood nights this year too. Whilst their Los Angeles STAPLES Clipper neighbors like a MPLS staple take it back to baby Buffalo blue.

And if you missed unwrapping those Christmas Day jerseys this December 25th gone then just peep Ben Simmons script with the whole city behind him like Rocky or The Process going out for a morning run up those Liberty Bell iconic Balboa steps. Many teams are keeping tradition with their City game. Like Atlanta’s hawking black neon. Boston’s beautiful grey parquet. Detroit’s industrial metal Motor City. Portland’s trail blazing ‘Rip City’ in funeral black. And of course New Orleans’ Mardi Gras, Golden State’s Chinese New Year, the Los Suns of Phoenix and let’s not forget the uniform of those who serve for their country with San Antonio’s stars and stripes.

As well as that amazing attire is some new looks for some of the leagues most traditional teams. Highlights include the red, white and baby blue classic Chicago way look for those baby Bulls. And the cream of the instant classic new Milwaukee Bucks crop. Just like the grey of the new Minnesota Timberwolves team that is as black and white beautiful. And if we’re talking about that then the simple but substantial look of the new Memphis threads and the Jumpman of the Hornets Buzz City for Charlotte are amongst the best of this new signature line like the old candy painted Bullets jerseys for the Wiz that honor the District of Washington D.C.’s Colombia. And let’s not forget Dallas’ downtown look and OKC’s thunderous one. But aside from Utah’s desert burnt orange that is cool for the Summer it looks like grey is the new black this fashioned season. Especially in the form of the Cavaliers new collection for the King that truly represents for ‘The Land’ all for one and one for all. But if you want real representation that honors then look no further than the new jerseys of the New York Knicks. As these fire house uniforms crests pay tribute to all the bold and brave heroes of the cities F.D.N.Y. From 9/11 to now.