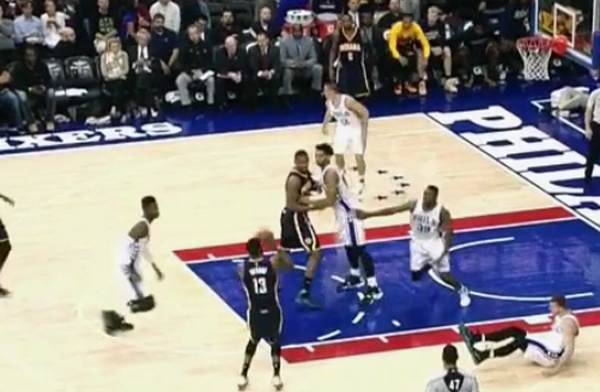 Indiana Pacers Forward Paul George has been enjoying a fine stellar season thus far after coming back from a gruesome leg injury that kept him sidelined all of last year. Canadian Nik Stauskas is also enjoying a break-out start to season since since moving from the Sacramento Kings to the winless Philadelphia 76ers.

On this fine play Stauskas aka “Sauce Castillo” who is not very well known for his defensive prowess and the ability to quickly move his feet found himself isolated on the right wing with George who fed him a hesitation at the 3-point-line and quickly hit the brakes with sweet behind the back to drop Stauskas to the floor.