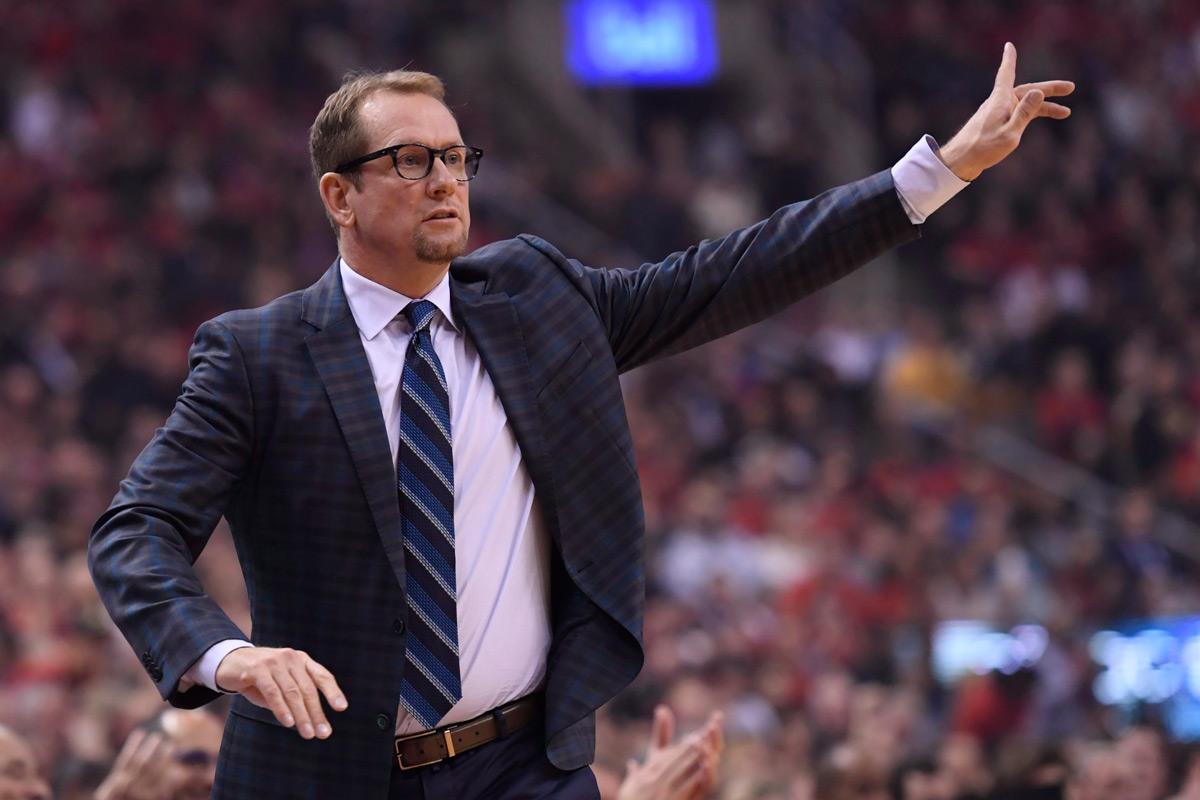 It looks like the Raptors are all-in on head coach Nick Nurse.

The team announced Tuesday it has signed Nurse to a multi-year extension, after a phenomenal two-year run that included the team’s first championship in 2019 and winning the NBA’s Coach of the Year award this season .

“Our confidence in Nick just continues to grow, and part of that comes from what we’ve experienced together,” said Raptors president Masai Ujiri in a statement on Tuesday.

“The past two seasons have been unlike any other in our team’s history – first, winning our championship, and then navigating a global pandemic and committing long-term to the fight against racism and for social justice. Nick has proved that he can coach on the court and lead in life, and we’re looking forward to accomplishing great things in the future.”

Nurse guided the Raptors to the  NBA’s second-best regular-season record this season (53-19) en route to the Eastern Conference semifinals, where they lost in seven games to the Boston Celtics.

Nurse previously spent five years as a Raptors assistant coach and benefitted from the addition of all-star forward Kawhi Leonard last season. But he was roundly praised for keeping the Raptors an elite team after Leonard left in free agency.

Must Read:
Cory Joseph serves up a tasty facial over Serge Ibaka

Nurse previously coached in the NBA G League, guiding Rio Grande Valley to a league title in 2013 and winning a championship with Iowa in 2011. He is the only coach to lead two different teams to a G League championship.

He is also the head coach of Canada’s senior men’s national team, and told reporters earlier this year he remains “100 per cent committed” to guiding the team as it tries to qualify for the 2021 Tokyo Olympics.

Canada has not qualified for an Olympics since Sydney in 2000, where a team led by Basketball Hall of Famer Steve Nash finished first in its pool but fell short of a medal.