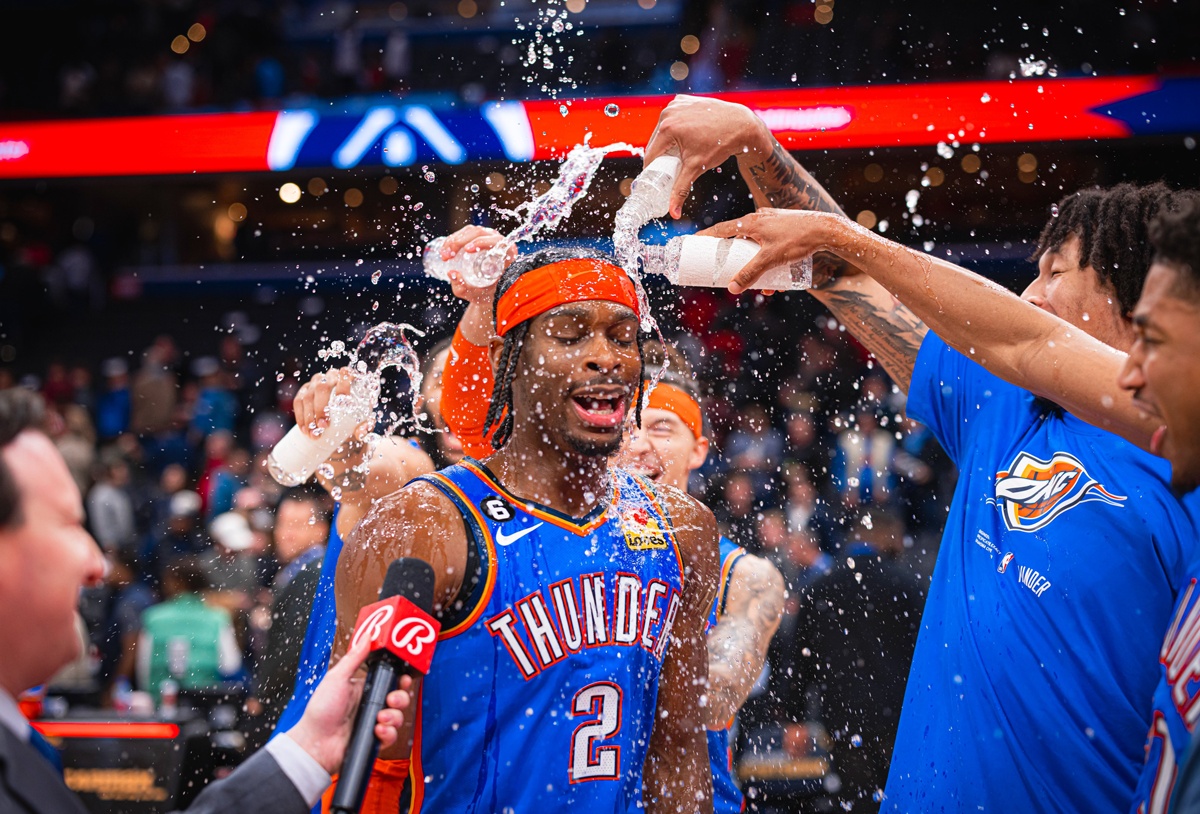 A month of reflection, November has a few memorable dates on the calendar.

We pause in solidarity for Remembrance/Veterans Day, give thanks and rejoice on American Thanksgiving, and now we will collectively remember it as the month that Shai Gilgeous-Alexander delivered the most lethal and dominant scoring run by a Canadian basketball player in NBA history.

In January 1962, Wilt Chamberlain set the record for most points in a month with 984 in 19 games. Michael Jordan scored the most by a guard with 676 points in 19 games in March 1987. The late great Kobe Bryant once touched 569 points in 14 games, for a ridiculous 43.4 points per game average.

Gilgeous-Alexander finished the month of November 2022 with 466 points in 15 games, playing a total of 534 minutes. The Oklahoma City Thunder concluded the 30-day stretch with a 5-11 record and years worth of highlights from their soon-to-be, first time NBA All-Star.

Throughout the “November to remember”, Gilgeous-Alexander achieved and maintained a rare scoring prowess and delivered just about everything from game winners, clutch double overtime shots, dropped defenders and everything in between.

Below are some incredible milestones, achievements and stats achieved and surpassed during the best month of Gilgeous-Alexander NBA career.

The Hamilton, Ontario native became the first Canadian to eclipse 400 points in a month. RJ Barrett came the closest with 393 points in 16 games in March 2022. Gilgeous-Alexander’s 31.1 points per game is the highest average of any Canadian player in NBA history. Andrew Wiggins averaged 28.8 points per game over twelve games in February 2017.

One of the hallmarks of a bonafide superstar, is the ability to get to the foul-line, rest and score while the clock is stopped. Gilgeous-Alexander went to the free-throw line early and often, knocking down 140-of-155 free-throws for a ridiculous 90.3% percent average.

No other Canadian has ever made one-hundred free-throws in the span of a month. Only Barrett (97-for-123) and Wiggins (84-for-112) have reached the century mark in attempts from the charity stripe.

Gilgeous-Alexander also came up one free-throw short of tying Wiggins for most made free-throws in a regular season game when he went 16-for-18 in a close 105-101 loss to the New Orleans Pelicans.

At 24 years old and 137 days, Gilgeous-Alexander became the ninth, the second fastest and the third-youngest Canadian to score 5000+ career points, doing so in 262 games compared to Andrew Wiggins who topped the mark in 246 games played.

Dillon Brooks holds the record for most points in a quarter by a Canadian with 23 points.

Due to a minor hip injury, the fifth-year guard missed the Thunder’s last game and closed out the month with a Canadian record twelve games and five straight games with 30+ points.

In the process, he also became the first Canadian to score 30 or more in three straight road games. Going for back to back 37 points on the New York Knicks at Madison Square Garden and the Boston Celtics on the storied parquet floor at TD Garden arena.

Two nights later, he got on his Jimmy Carter presidential mode and continued his hot streak by scoring the game winning shot to tie a career-high 42 points on the Washington Wizards.