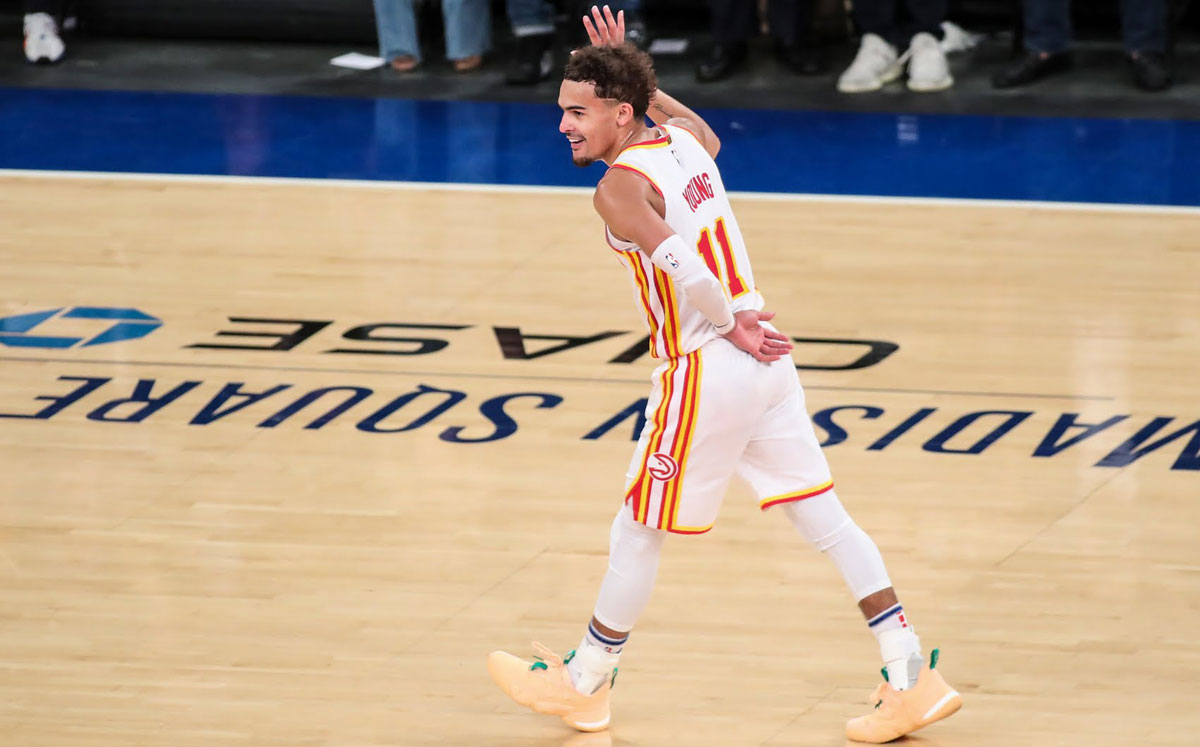 “I know what they do when the show is over”.

Young had already silenced The Garden crowd in Basketball’s Eden, one finger to his lips. Now he’s proved once and for all that peaches taste better than even the biggest of apples.

Welcome to Atlanta like Jermaine Dupri. This time this isn’t the remix with Puff Daddy standing on top of MSG’s video screen outside.

It’s sure looking chilly out there like number 11’s signature celebration.

Now Trae Young has just added a new one as he takes a bow to the crowd like this was a Broadway show.

No one’s throwing flowers though. They’re planting them. This is a funeral and the director is Young.

You just know Spike Lee isn’t smiling under that mask.

Not even a pregame performance from Dipset’s very own Cam’ron, Juelz Santana and Jim Jones could give New York’s finest diplomatic immunity.

Chris Rock and Tucker, Tracy Morgan and A Tribe Called Quest’s Q-Tip amongst others all rolled up to watch this years New York team become the Knicks of old.

And be schooled by Young.

The sold out New York faithful tried to do everything to stop one of the greatest enemies since Kobe, Reggie, or MJ, but they weren’t loud enough. They said this young man was balding, but Young is BALLING!

Lighting them up like Times Square in a blowout, Trae had all the candles. 36 points, 9 assists and the series 4-1, off averages of 29.2 points and 9.8 assists per game.

“I know where we are. I know it’s a bunch of shows around this city,” the new big ticket said as he hit a logo like Lillard, 30 foot three-pointer before acknowledging the crowd. Calling it like a curtain.

Clint Capela also had a monster 14 points and 15 rebounds as he sent the home team on “vacation” on the road. Even the NBA’s Most Improved Player Julius Randle (23 points, but eight turnovers) wasn’t enough. Neither were all the fans shouting, “f### Trae Young” again. He turned all that fuel into fire…and burned the house down.

Can’t spit on that.

This is what basketball in The Garden is all about.

They’ll remember him fondly one day.

Next up is Philly on Saturday. The Sixers better show Young love otherwise it will be round 2 for the knockout champ. 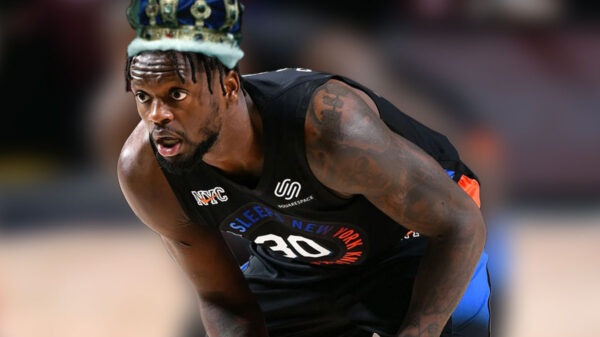