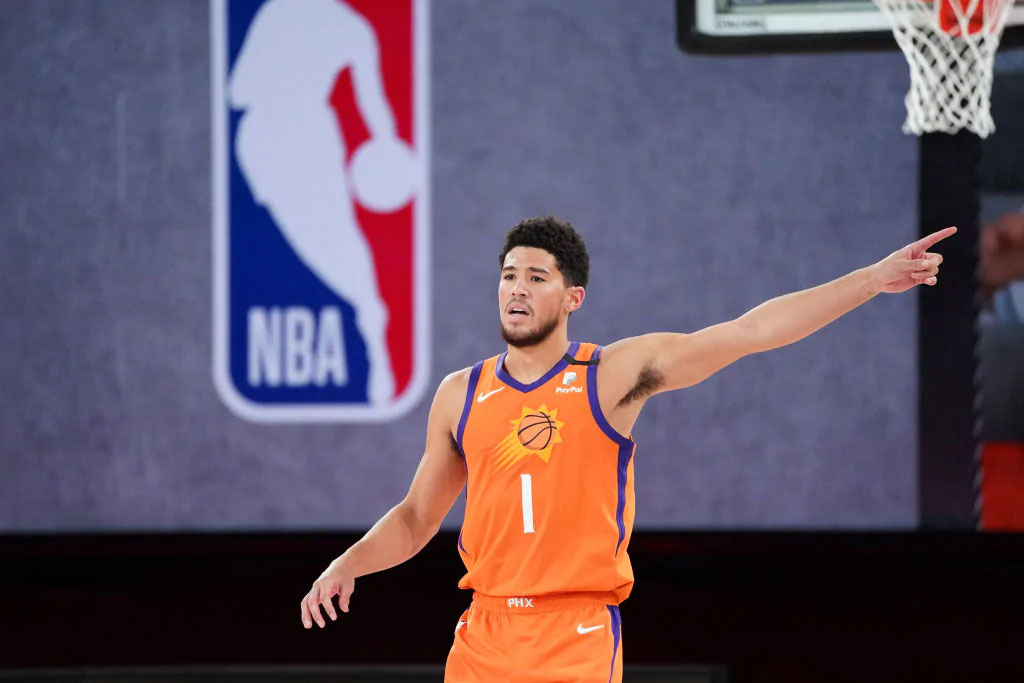 Flow riding through Orlando with magic like 32, so far the NBA’s Florida Bubble project has been a success.

What an end to the season it has been too.

Even if it has taken this long for this writer to realize that the NBA’s new Twitter hash-tag trend a, ‘Whole New Game’ is a riff on Disney’s famous song from ‘Aladdin’, ‘A Whole New World’.

Corny…but it really is one.

Right now after shutting the league down like the world and opening it back up as careful as hand sanitizers and face masks (you should wear them like we should arrest the cops that killed Breonna Taylor), Basketball is leading the way again without borders. Just like it is in social change, from ‘Black Lives Matter’ covering the court coast-to-coast, to the personal messages of social justice on the back of players jerseys.

Just like the WNBA playing at the same time for their Summer season and even doubling up their amount of games a week like their top tier talent. Playing this season for Breonna Taylor as we all say her name. Like both brother and sister leagues are playing for the lost father and daughter of Kobe and GiGi.

With zero reported coronavirus cases so far, we don’t want to tempt fate but this game that was always about more than the ball and the hoop could be leading the way in making a difference in the world again in our fight to beat this thing.

How about the game though?

Well what more could you ask for, baseline to baseline, court to court, National to Women’s National Basketball Association in collaboration? Watching G.O.A.T.’s like LeBron James or Diana Taurasi, Giannis Antetokounmpo or Sue Bird on any given night is a gift from the Basketball Gods. To think we complained about a lack of entertainment when corona closed everything down from courts to cinemas.

Must Read:
Both of last year's NBA finalists knocked out on the same night

Now no one is talking about ‘The Last Dance’ with these new steps. So much so it could even bring Michael Jordan out of retirement again…you know what he’s like.

The Suns scorching everyone night after night like whoever hilariously handles their Twitter feed, as Booker booked it like the bucket he is game after game. All before losing their final game and spot, but still making a statement under the Florida sun.

Bubble MVP T. J. Warren who has burst this years Most Improved Player race with how he’s on and popping

Dame Lillard clocking everyone from Skip Bayless to Paul George (still sour after that shot) until they ashamed apologized in fear of being bust for 60. Hitting from the logo like it was nothing and putting up numbers only the stilts of Wilt have reached. You could see him going for 100, or upsetting the Lakers in a first round knockout.

Especially with a blazing Carmelo wanting to make the Lake Show regret and wish they didn’t take so long in trying to sign him up alongside ‘Bron. They let him slide for too many years. You think he’s forgot that?

Either way you should put some respect on his and Dame’s name. Or your money on this LAL/PDX series being as legendary as the time Shaq caught that arms in the air alley from Kobe. The last time this writer was this worried about a series was the ’04 Pistons…and we all know how that turned out.

How about these Lakers though?

LeBron and A.D. have shown signs of a Lake Show 17th, Celtic champagne clinking championship that could match the Lakers biggest rivals. Whilst Kyle Kuzma and his big shot that even Jesus or Kevin Durant couldn’t block is showing he is worthy of that Big Game, big-three name like James next to the Lakers new Magic and Kareem Showtime. Still, after securing their playoff spot they have played more like chumps than champs.

Time to turn it around come the new week.

The real rings still reign with the Raptors and just like in their Laker beat down, until someone beats the 6 in seven games, Toronto’s titan championship campaign is far from extinct. Even if their Klaw is clipped in a whole new park.

Now if you want to talk that mess, remember Kyle Lowry’s room number is 836.

Anyone who thinks this league is lost, just look at Luka. The world is changing and it’s revolving around the Spaldi…I’m sorry the Wilson.

The best news coming out of Disney World? Its not over yet. The NBA playoffs are the real whole new game.