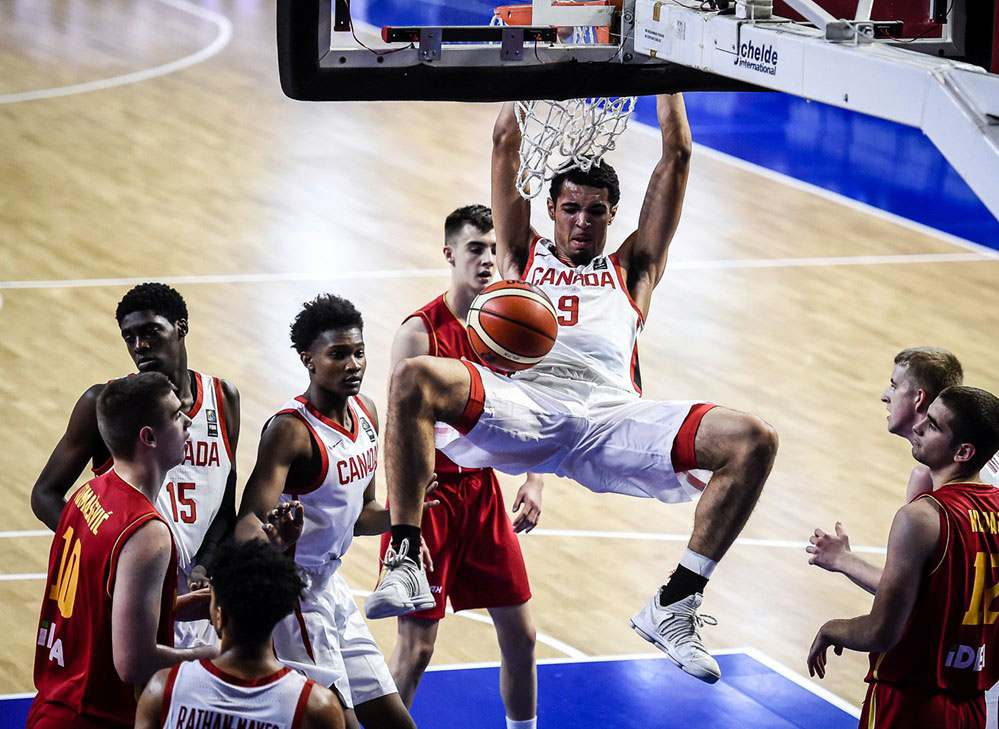 The 6’7″, 205-pound guard from Bella Vista Prep in Arizona reclassified from the class of 2020, opting to fast track his NBA aspirations by committing to Dana Altman and the Ducks.

The four-star versatile wing is two-time Biosteel All-Canadian – In 2018, as 16-year-old and the youngest player on the court he point-up 18 points, 5 rebounds, 2 assists and took home the MVP award at the 2019 most valuable player award — dropping a game-high 24 points in 22 minutes, adding, 5 rebounds and 4 assists on 8-of-15 shooting.

Patterson also averaged 16.5 points per game on the AAU circuit with Team WhyNot and had various offers including Florida, Arizona State, Illinois and Iowa, Oklahoma, Syracuse and more.