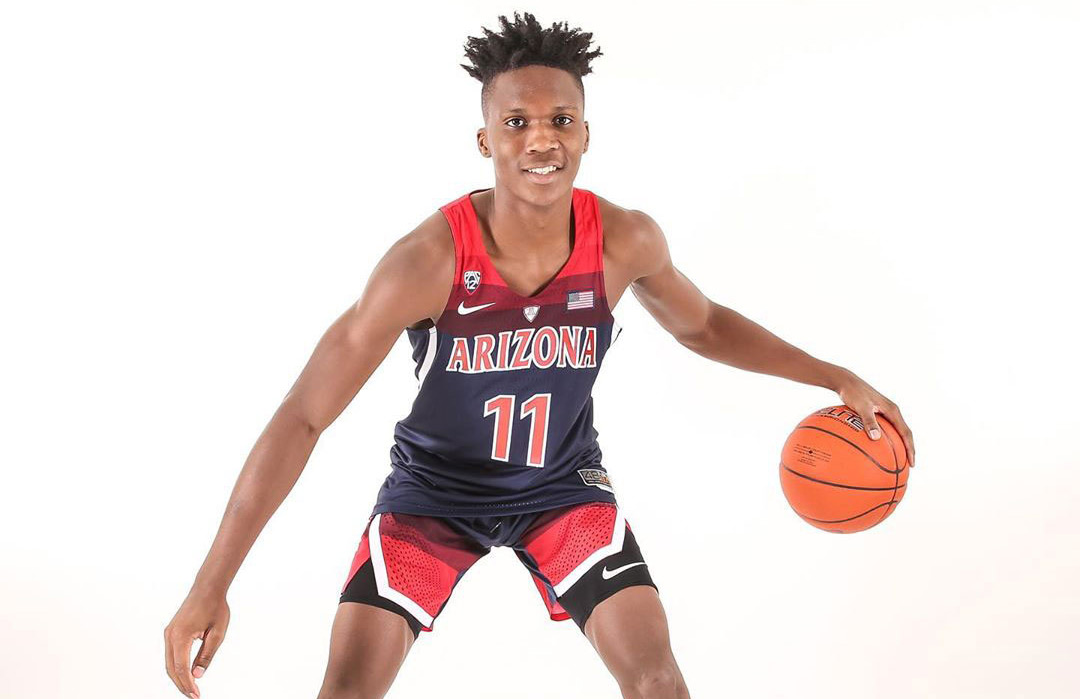 The Arizona Wildcats got a big time commitment from Bennedict Mathurin — Canada’s top guard in the class of 2020.

The 17-year old Mathurin opted to reclassify from the 2021 class — fast tracking his potential NBA eligibility in the process. Standing at 6’6″, 195 pounds, the Montreal native has all the attributes to make an immediate impact at the NCAA division I basketball level — with a NBA ceiling written all-over his resume.

Perhaps not a household commodity, due to his lack of participation in any Canadian FIBA youth sanctioned events — Mathurin was named MVP of the 2019 Canadian National Basketball U17 Championships in Fredericton, New Brunswick.

The Canadian guard/forward led a loaded Quebec team to a perfect 5-0 record — claiming the province’s first U17 title since 2010. Mathurin dominated the entire tournament, including a electric, eye-popping 33 point, 7 assist, 6 rebound performance in the opening game against Team Ontario.

In the championship game against the same Ontario squad, Mathurin was equally impressive — scoring 23 points, 7 rebounds, 4 assists and 2 steals in the 84-77 victory.

Mathurin is currently showcasing and strutting his growing all-around game in Mexico City as part of NBA Academy Latin America — an elite basketball training center for top male and female prospects across the Caribbean Central and South America.

The Canadian prospect kicked off 2020 and new decade in style with a 30-point, 6 rebounds outburst in a 93-74 win over FC Barcelona U18 team at the Hospitalet tournament.

A lockdown defender with Shai Gilgeous-Alexander like wingspan, Mathurin has the ability to get from the three-point line to the rim with just one dribble. At 6”6′ he’s also able to see over much smaller defenders and is a willing and effective passer that looks to attack the rim, and has the ability to finish with through contact.

Part of the continuous and overflowing rising crop of future NBA talent from Canada’s second largest city — Mathurin may just be the top guard to come out of Montreal since current Oklahoma City Thunder guard Luguentz Dort pledged allegiance to the desert State of Arizona.

Holding multiple offers from the likes of NCAA basketball programs as Virginia, Alabama, Washington State and Nebraska — Mathurin narrowed his decision to the Arizona Wildcats and Oregon Ducks.

“Those two schools were my finalists because the other schools recruited me a little later, and I said to myself, that if I was going to visit other schools it was going to take a lot more time to get to know the coaching staff and also lots of time to get to know for example who (players) was coming back and leaving.” discussed a well-spoken Mauthrin in a live French announcement during half-time of the Toronto Raptors’ and Oklahoma City Thunder game.

On what tipped the balance between the two finalist schools, Mauthrin added that the “history of Arizona, the style of play and the fact that every player has a role, and that is my style of play.”

For head coach Sean Miller, the commitment of Mauthrin is a significant scoop for a player that was just starting to gain national notoriety and will likely mature into another future Canadian NBA player.