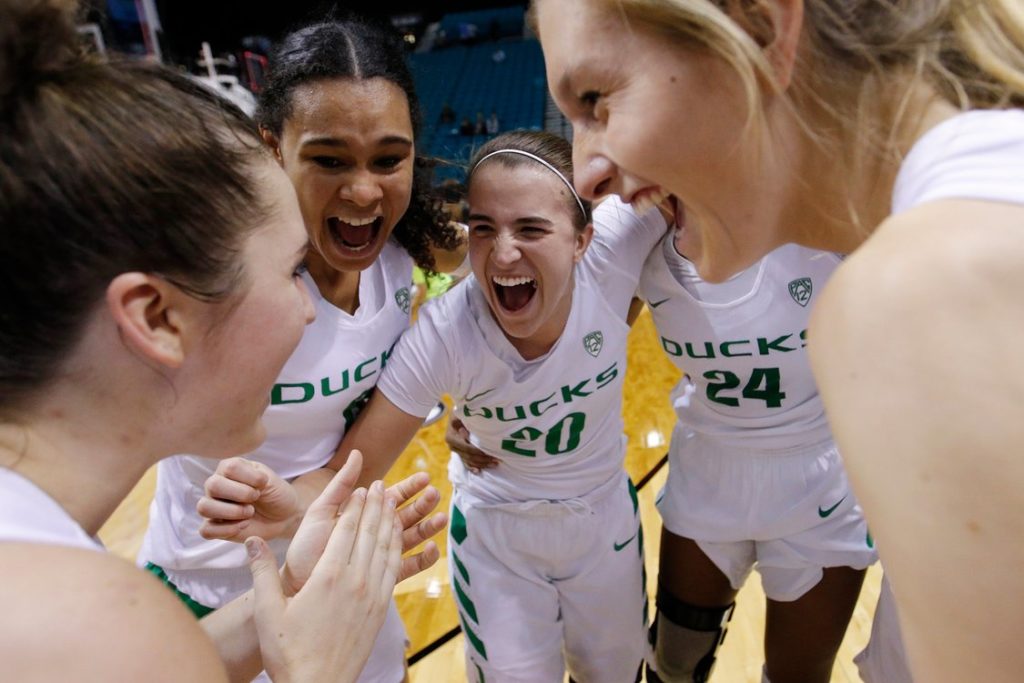 The Chilling Adventures Of Sabrina Ionescu

Most great basketball stars take their smartphone penmanship to ‘The Players Tribune’ to announce a change of game and mind move to greener pastures, which seems to be the new trend like Kung Fu Kenny headbands. But not the green duck of Oregon’s Sabrina Ionescu. In a pen drop moment she dropped the mic as she made a declaration like Leonardo DiCaprio staring at all that love in the boardroom in ‘The Wolf Of Wall Street’.

O.K. she didn’t say it quite like that. Rather more eloquently in the form of a love letter to her state and basketball mind. She may have that Eurostep stop on a dime from downtown that puts in that change and pops the button like James Harden. She may have film broke down by the mamba mentality of the one and only Kobe Bryant. Or articles wrote about her by this writers’ writing inspiration Shea Serrano of The Ringer. She may have even gone number one if she put in her draft card this year.

But the WNBA can wait.

Green with envy and legendary shades she may be the next great of this game like the Storm of Sue Bird to Breanna Stewart. She’s the type of player that’s so good to watch she could even get away with taking more steps than ladders like most of those NBA folks. But no! An inspired Ionescu is doing things the right way. After being made by Baylor, the ducks will quack again. And they will do so with their top billing. Sabrina will return for one last run. She’s got the rest of her playing career to be a WNBA legend for whatever team from the Sparks to Mercury picks her. But the Pac-12 Wade trophy winner has only got one last chance at a Final Four dance after the madness that is March.

Must Read:
UBC men take U Sports bronze in blowout over Western

Just look at the above picture. She’s only got so long for this. To be a kid. She may be far from ‘Sabrina The Teenage Witch’, but this maturing talent is still young. To be that again, we should just be happy she still has that chance. One chance to make the Ducks mighty again. To have those best years of your life with the best friends you’ll ever meet. These are her memories. Her signed sneakers and scissored nets. Who are any of us to take that away. We can wait. As her parquet paths next year to the big leagues will be like this season’s road to Zion.

The two time Nancy Lieberman award winner will take her L ready 19.9 points, 8.2 assists and 7.4 rebounds averages to one last ride and stand in Oregon. Flying with the 18 record of the most career triple doubles in NCAA history. She won’t be in New York next month, but she’ll be writing in more history books next year as other teams bet it all on some bouncing balls. And if you think this game is all about the big league and the big payday, then this outstanding Oregon statement doesn’t give a duck.

“I won’t predict exactly how far we’re going to go….. but I’ll just say this. We have unfinished business. And I mean that from the bottom of my heart.”

Time to get back to work and take everyone back to school.