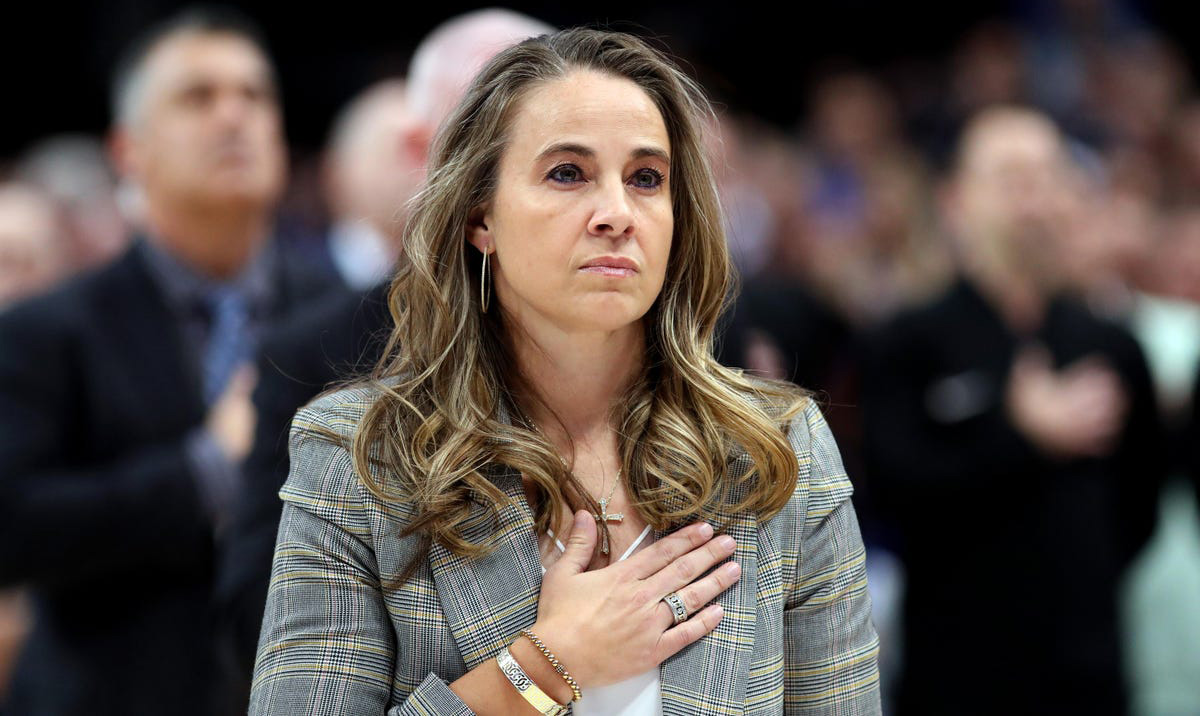 It was always going to happen. It was only a matter of time.

But now it has…it’s a game changer like no other.

We’re sure former San Antonio Spurs assistant coach Becky Hammon will come back and coach the team one day when Pop calls it a career. Making history as the first female coach in the NBA if someone else (Dawn Staley maybe) doesn’t get there first. But with all due respect to what’s happening now, that’s for another article and time.

We don’t want to take away from this moment, right here. That has made her WNBA story history.

Hammon will return to the association in its 26th season, after being a big part of cementing the W in our people’s court consciousness for its first quarter-century.

She will do so by becoming the head coach of the team she once played for.

We knew Becky with the good game would be a head coach of San Antonio one day.

How can one woman have so much power?

By already owning a legendary legacy…that’s how.

Cheers to Bill Laimbeer. The former Bad Boy Detroit Piston of the 80’s carved his own post playing career legacy as a WNBA head coach. He brought the Aces close to all the chips, but Hammon holds the cards now.

Wilson is a restricted free agent too. Time to play with a full deck. All hands on.

It’s one hell of a deal. The whole roster reads like a championship. But Hammon can handle it. All the way to the jackpot.

Finalizing a five year plan with the team she spent half of her 16 year career with, Becky faces her greatest challenge yet. But it’s one we’re sure she can be counted on meeting in all its great expectation, with a coaches poker face.

As a player Becky was all about getting everyone involved. She’s should get along with superstar Wilson if the state of Nevada women’s basketball can still accommodate her. Hammon also worked with Plum in San Antonio, during the 3×3 Tokyo Olympic gold medal winners rookie campaign.

After the WNBA’s 25th year last season, Becky Hammon’s retired jersey now resides in the LV rafters. Now you can count on this new Ace putting some banners up there for company.

It won’t be lonely for long in the desert.